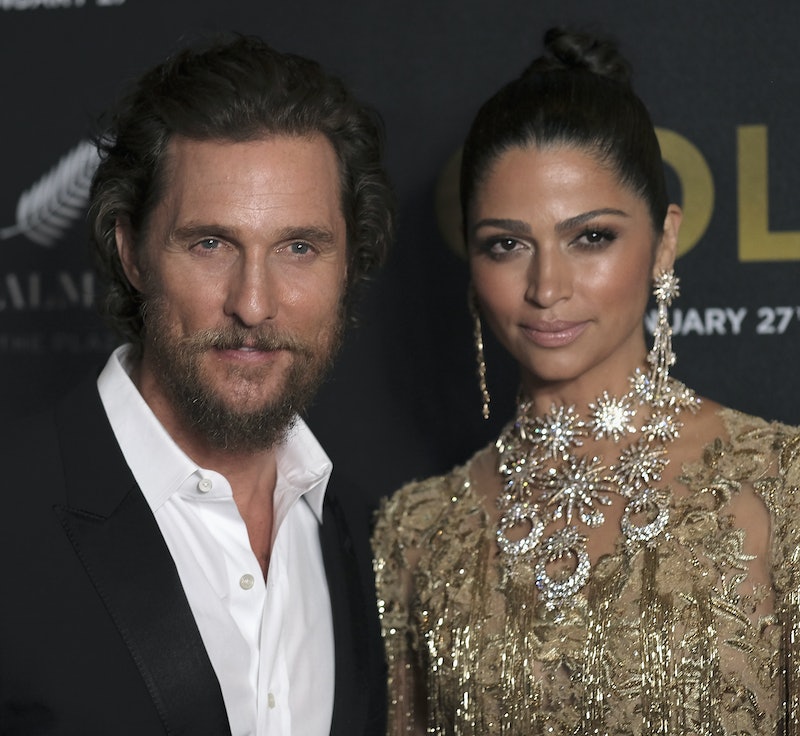 Matthew McConaughey has (or, at least, had) a simple solution for those struggling to deal with Donald Trump's presidency: Accept it. When asked if those in Hollywood need to cut the fledgling politician some slack during a pre-taped interview on The Andrew Marr Show on BBC One, the Academy Award-winner said they're going to have to put up with him regardless:

"Well, they don't have a choice now. He's our president. It's very dynamic and as divisive of an inauguration and time that we're ever had. At the same time, it's time for us to embrace and shake hands with this fact and be constructive with him over the next four years."

The interview was taped before Trump signed an executive order to temporarily ban refugees and immigrants from seven Muslim-majority countries, according to People magazine. Representatives for the actor told The Huffington Post his comments were actually made before Trump's inauguration, meaning he was unaware of the stream of earth-shattering executive orders to come.

While he likely meant no harm in saying that people should just face the facts, Twitter users are now calling out McConaughey for not touching on the fact that his wife of five years, Camila Alves, is a Brazilian immigrant who became a U.S. citizen in 2015. Trump reinstated the Global Gag Rule, intends to build a wall between the Mexican border and the United States, and oh yeah, the whole temporary refugee ban thing. That said, it's possible many users don't realize that the interview took place before these actions were officially put into place.

McConaughey was also one of the myriad actors featured in a video to help Americans stay optimistic about the future of the country by singing Gloria Gaynor's "I Will Survive" just days before Trump's inauguration, so it looks like he's not on Team Trump, but rather suggested people just accept the news before the inauguration even happened.

Still, regardless of the comments from McConaughey, Americans may not have a choice that Trump is president, but that doesn't mean we have to accept — let alone "embrace" that fact. Given reports that Trump threatened to invade Mexico on Wednesday, it's getting harder and harder to, in the words of McConaughey's Dazed and Confused character David Wooderson, "just keep livin'."