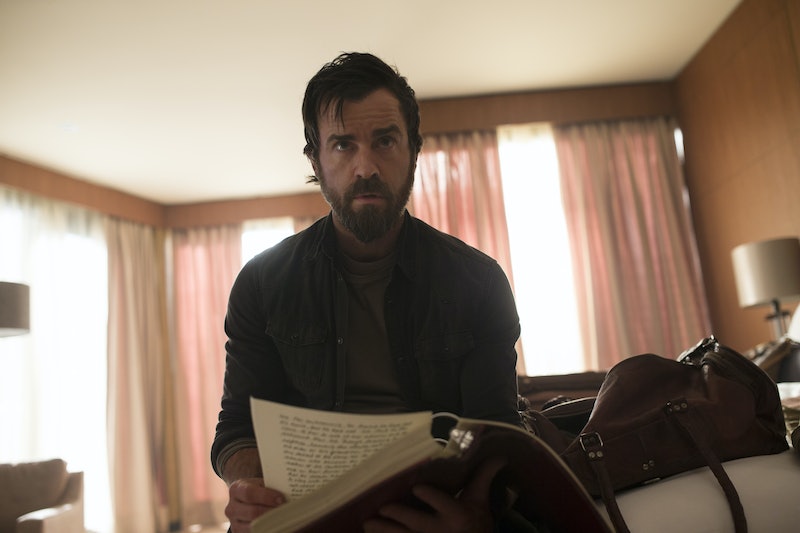 Even though I sung its praises, more than one friend of mine refused to watch The Leftovers when it first premiered in 2014 and still haven't tried it on for size. It's not because the HBO series about a portion of the population departing doesn't interest them; it's because they're wary of another high-concept series from co-showrunner Damon Lindelof, who also co-created Lost. With Lost's highly-anticipated 2010 series finale frustrating many viewers (myself included), it's understandable that many were trepidatious about embarking on another mysterious Lindelof series with supernatural and religious elements. But as The Leftovers comes to a close, it's with as much certainty as a person can muster that I say that The Leftovers is more satisfying than Lost.

That doesn't necessary make it a better show, although I do think The Leftovers is also the superior series. What I mean by "satisfying," is that the entire series as a whole is more fulfilling. While a series finale can sometimes unfairly dictate a viewer's total satisfaction quotient, it also matters how the series sets up its finale. With Lost, I had expected hard answers to the questions that the series had raised over its six seasons, which is one of the reasons I was in a wine-fueled rage by the time it was revealed that everyone was dead by the end.

With The Leftovers, there's a sort of ease with which I go into the finale. That's not because the series has traditionally filled with me comforting feelings — far from it — but rather because I know that not every question I have will be answered. And I'm completely fine with that, thanks to how the series has accurately represented the many mysteries of life.

One of the major themes of The Leftovers is the characters' obsession with needing a reason why the departure happened. They create cults and Jesus-like figures. They buy into bullsh*t therapists and companies with mysterious boxes. As John says to Kevin in the Season 3 premiere, "Well, we can't just be going through all of this for nothing, man." And Matt echoes that in "It's a Matt, Matt, Matt, Matt World," when he tells Burton/God, "Because there has to be a reason." The Leftovers is none too kind to these characters who cannot accept what happened and go searching for answers. As the song in the Season 2 intro goes, "They can't just let the mystery be."

While a character like Nora has mocked these people for their unsubstantiated beliefs, she was grappling with her own illogical take, as she continued to not recover from her children disappearing on Oct. 14, 2011. And one of the strongest and most beautiful elements of The Leftovers is that it balances this criticism of that desperate way of thinking, while still making you believe in the unexplained. After all, if you trust in what Kevin has experienced, how can you judge that others have grappled with slightly less bizarre events?

The Leftovers simultaneously allows viewers to judge and feel immense empathy for these people struggling on earth, which leads to the realization that one major "truth" does not exist. The people in The Leftovers have experienced a mystifying event that cannot be explained by anything tangible. And that prompts the viewer to accept that the world is full of mysterious elements that humankind may never fully grasp.

The idea of not solving mysteries is actually built into the fabric of The Leftovers, so while I can finally look back on Lost fondly for all of the hours of entertaining television it provided me without being resentful toward the finale, "resentful" isn't even a word in my vocabulary when it comes to The Leftovers. As solemn as it sounds, the word that comes to mind when I think of The Leftovers is "honored." Honored to have been graced with a television show that is fearlessly creative and doesn't flinch away from — but rather spotlights — the fragile state of humankind as it encourages viewers to give into the unknown.

So no matter what The Leftovers series finale has in store, I will continue to shout the virtues of it from the mountaintops to my unbeliever friends, long after the series is over.