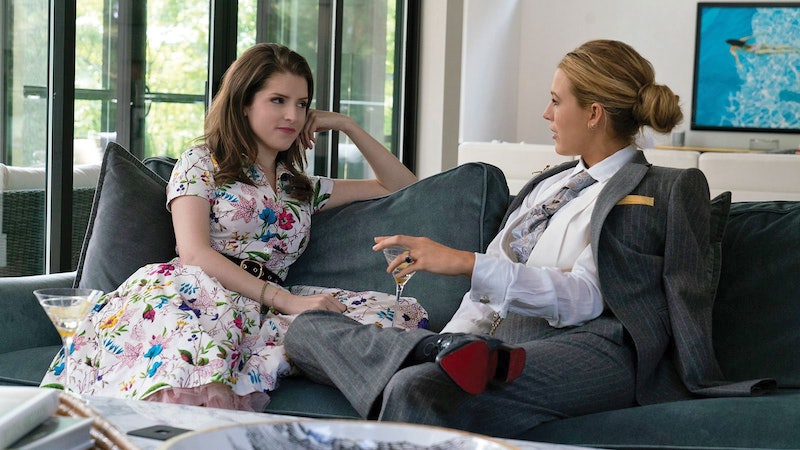 You know what's hilarious? A movie about someone going missing. What the hell you sick eff! OK OK hear me out. Think more dark humour, and like a hybrid of mystery and comedy that will tick every scandalicious box you could possibly imagine. So, basically the perfect film right? You're going to want to watch it if you haven't already, but as leaving the house at this time of year is kind of a no-no, I'm sure you want to know will A Simple Favor be on Netflix UK anytime soon.

OK so TBH it is still actually being shown in some UK cinemas, so if you can be bothered to leave the house, you can pop to see it there, and there is no streaming release date yet. I know right? Drat and double drat. But why all the fuss? Why is everyone dying to see this movie? Erm, because it is like the perfect movie of course. Being described by many as a melange of Gossip Girl and Gone Girl, A Simple Favor serves drama, glamour, mystery, and a good dose of LOLs.

It is the story of a mysterious and fabulous lady named Emily who is befriended by small town vlogger Stephanie after their sons become BFFs at school. After Emily tells Stephanie she needs her to look after her son for a little while and then never comes back, the race is on to find the woman before it's too late.

As the hunt goes on, Stephanie starts to wonder: does she really know her friend at all? The mystery unfolds and fingers are pointed in all directions, and all sorts of saucy things happen. Yep, basically pass the popcorn babes, I'm hooked.

OK so that is just the plot, which is enough in itself but the cast is also a draw. Blake Lively plays the enigmatic Emily, and Anna Kendrick plays Stephanie. A match made in comedy/drama heaven right? Speaking to Bustle, Lively explained why she loved playing the villainous Emily.

"Every villain is the hero of their own story, right? So she just knew why she did what she did, she did it with conviction, and she just did it unapologetically and I loved it."

The film is directed by Paul Feig, who is well known for directing blockbuster comedies, such as Bridesmaids, Ghostbusters, and Spy. He also directed Freaks And Geeks and guys, don't tell anyone but he was Sabrina's high school science teacher Mr Eugene Pool in the original Sabrina The Teenage Witch.

And not only is he obviously a very talented director, but he strives for equality and inclusivity in the industry. Speaking to The Independent, he explained that he was grabbed by Frances McDormand's now famous call for an "inclusion rider" during her speech at The Academy Awards. He detailed how people often try and argue that inclusivity might stop you from hiring the best people.

"'Let’s just keep looking. Did we exhaust everybody? Have we looked at everybody else before?' That’s the thing. I think there is this sort of creeping laziness that goes into it. There’s lots of excuses not to do it, and we’re just trying to get rid of all the excuses."

He has also founded Powderkeg, a new digital content company established to give voices to the often ignored/unheard in the media. They are producing a web series about the Muslim-American experience, called East of LaBrea.

Now if all of those people's involvement isn't enough to get you hooked, just watch the trailer babes.