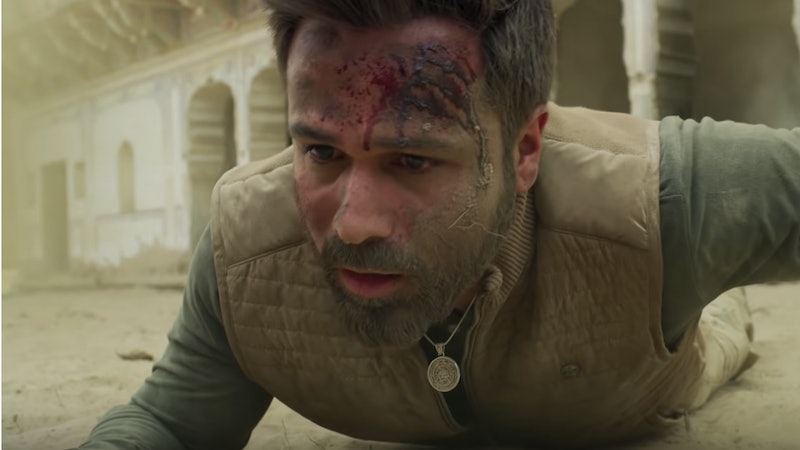 Bilal Siddiqi's novel Bard of Blood has been adapted for the small screen by Netflix, exposing a whole new audience to the espionage thriller. The story follows previously excommunicated RAW agent Kabir Anand, who returns to the agency as part of an undercover operation to rescue agents who are being held hostage in Balochistan. Season 1 only contains eight episodes, but given how much happens in the source material, Bard of Blood could easily return for Season 2.

Siddiqi's novel is 299 pages long and not only spans several years, but also different countries including India, Pakistan, Afghanistan, and Iran. It's a complicated story with many moving parts, with Anand and his two cohorts in the operation, analyst Isha Khanna and fellow agent Veer Singh, getting caught up in a dangerous plot far bigger than they ever expected. That would seemingly translate perfectly into many seasons, but Netflix has yet to announce its longterm plans for the show.

The streaming service has shifted its licensing strategy in recent months, choosing to change gears and focus more on developing programming in underrepresented international territories.

Speaking at the Streaming Plus conference in Los Angeles in July, Netflix's VP of content acquisition Amy Reinhard explained, "Our business is becoming more internationally focused on the licensing side. We try to coordinate with the originals team, filling the programming holes that they have as they're greenlighting their originals."

This change in approach was largely a huge motivator in Netflix's decision to adapt Bard of Blood, and with well-known Indian stars like Emraan Hashmi (Anand), Vineet Kumar Singh (Singh), and Sobhita Dhulipala (Khanna) on board to tell the fast-paced and action-packed story, the series stands every chance of success. So while Netflix hasn't yet confirmed a second season, it seems like only a matter of time.

Monika Shergill, director of international originals at Netflix India, told Livemint that the streaming platform remains committed to creating programs that are "high concept and high quality," and that Bard of Blood is a perfect example of that commitment.

"Bard of Blood is a spy thriller, every beat is about chase and action, like any international, high-quality movie or series that you would see," she explained. "We've shot across Ladakh, Rajasthan, Delhi and many other states, beautifully recreating Balochistan and Afghanistan."

Shergill also expressed her confidence in the show's ability to resonate with international audiences, adding, "Bard of Blood is a very big show and in the same commercial league as Sacred Games for us. It will appeal to a very large audience so it's not a question of which medium to focus on. The challenge is what to do and what not to do. It's such a mass series that we really want to touch every kind of audience out there."

As for author Siddiqi, he was not only pleased that Netflix decided to turn his book into a series, but that they were so nurturing with the material throughout the process.

"Once Netflix is on board, they are involved in every aspect of the show, including creative. And, of course, they are leaders of this game. They have redefined what shows on the internet are," Siddiqi told Livemint.

Fans may have to wait for renewal news, but if Bard of Blood does come back, they can rest assured it will continue to build upon the expansive, engrossing story it laid out in Season 1.