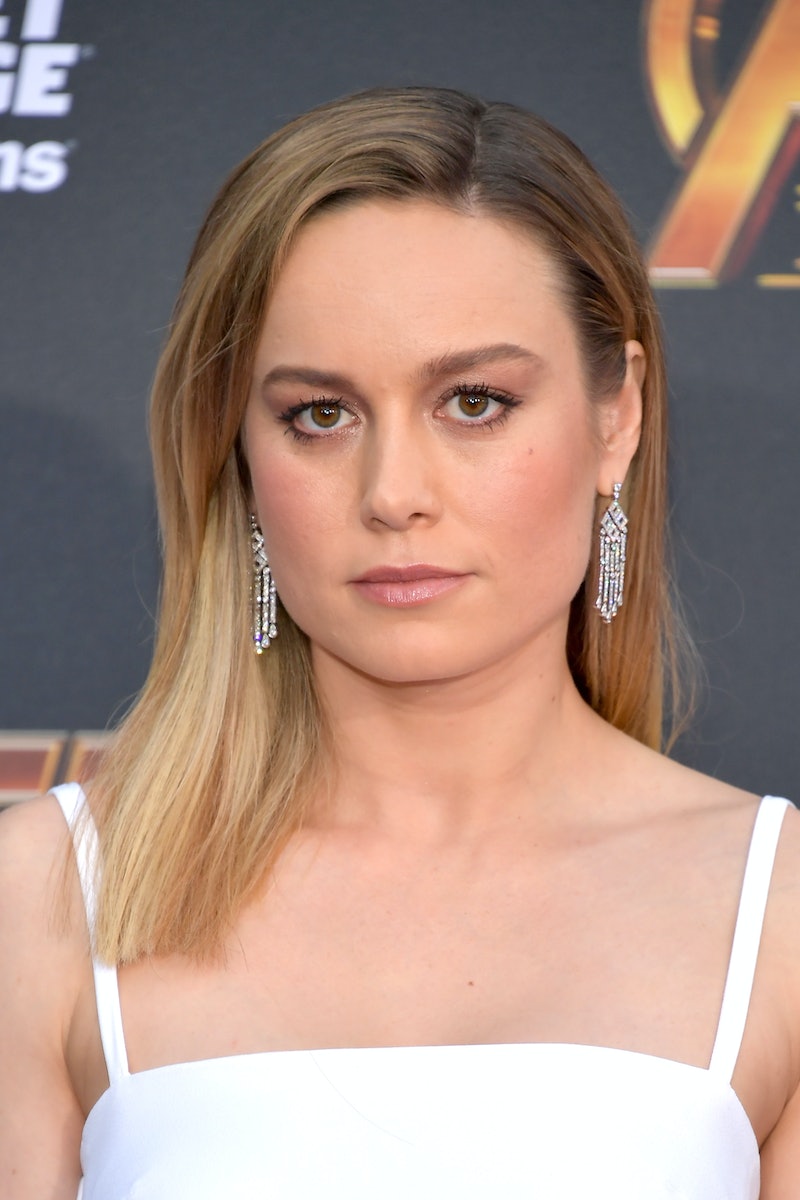 The Marvel Cinematic Universe will soon get even bigger. Granted, Avengers: Infinity War did just kill off a ton of characters — though not all of them are likely to stay dead — but the franchise will still continue to grow for the foreseeable future, with the biggest new addition arriving next year in the form of Captain Marvel. The hero, said to be the most powerful in the MCU, will make her screen debut in her self-titled film next March, but how close will she be to the Captain Marvel fans already know? Will Captain Marvel follow the comics, or will the film blaze its own trail?

Like every other Marvel Comics hero that's been adapted from page to screen, Captain Marvel will draw some inspiration from her comic book counterpart while also making some pretty significant changes. For a recent example of this, one needs to look no further than Infinity War. In the comics, Thanos' desire to wipe out half the life in the universe comes from his infatuation with the female embodiment of Death — an actual character in Marvel Comics — and his infamous finger snap is done in the hopes of winning her heart. In the movie, his motivations are a bit murkier, as he's driven by his own personal belief that the universe is overpopulated and will eventually deplete its finite resources. So what will Captain Marvel change?

For one, there are a lot of characters who have gone by the name Captain Marvel in the comics. The most recent, and the subject of the film, is Carol Danvers, who only took up the mantle of Captain Marvel in 2012. Before that, she was mostly known as Ms. Marvel, having been introduced in the midst of the women's liberation movement in 1977. At the time, Marvel was adding female versions of its popular heroes to its roster in an apparent attempt to keep up with the times, with Spider-Woman debuting in 1977 and She-Hulk premiering in 1980. Ms. Marvel was intended as the female equivalent of the male Captain Marvel, a Kree alien superhero from whom she received her powers. And this arrangement will likely be the first significant change the film will make.

Although Ms. Marvel was intended to be a feminist character, nearly everything about her — her powers, her costume, her name — was dependent on her male counterpart. In the comics, Air Force pilot Carol Danvers receives her powers after Captain Marvel — whose real name is Mar-vell — shields her from an exploding alien device, causing his DNA to mix with hers. She gains similar powers to him and adopts the name Ms. Marvel, fighting crime essentially in his honor but always in his shadow. You could see how a movie coming out in 2019, a movie that's to be the MCU's first to feature a standalone female superhero as its star, would want to create a more progressive and feminist origin for the character.

And by all indications, that's exactly what Marvel Studios is planning on doing. While Mar-vell is in the movie (played by Jude Law), it seems unlikely that he'll actually use the monicker Captain Marvel. It also seems probable that whatever role he has in her origin will be altered considerably. "I knew some about him, but it was definitely Carol Danvers who was most interesting to us and why we chose her," Marvel Studios head Kevin Feige said of Mar-vell to Uproxx. "But as that character connects to the origin of Carol Danvers’ Captain Marvel? We’re pulling from some of that for inspiration."

One of the film's screenwriters, Nicole Perlman, has also gone on the record to state that Danvers' origin story will be different in Captain Marvel than in the comics. "If you were just going to do a straight adaptation of the comics, her origin story is very similar to Green Lantern. And obviously, that’s not what we want to do," Perlman said on an episode of the podcast Any Time with Vin Forte, according to The Playlist. "There’s a lot of reinvention that needs to happen. And she’s also her own person and she’s a great character. We have to be aware of what’s happened in other Marvel films and make sure that her particular storyline is unique and fun and also fits in within this world that’s going on at the same time."

So while Captain Marvel's film origin story will be different from the comics, there's one aspect of the comics that's expected to be featured heavily in the movie, and that's the Kree-Skrull War. The classic storyline was published in the early 1970s, and therefore didn't feature Danvers as a superhero (though she did appear as a regular human and ally of Mar-vell), but it's going to feature heavily in Captain Marvel, as Feige revealed to IGN last year at Comic-Con. The Kree-Skrull War is a space battle between the two aforementioned alien races, with the Skrulls acting as the more villainous of the two. The film will feature Captain Marvel becoming caught in the middle of the conflict, just as the Avengers did in the comic book version of the story.

Captain Marvel certainly has a rich comic book history to tap into, but thankfully it seems like the more outdated aspects of the character will not be brought into her film debut.