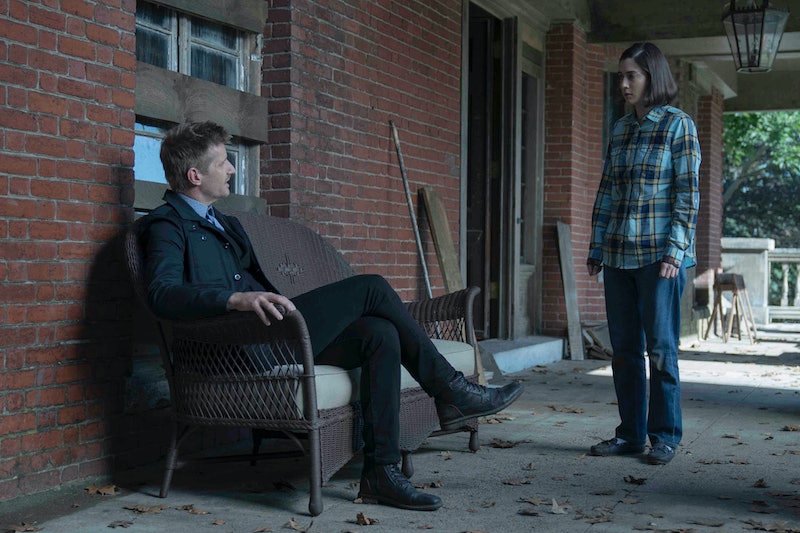 Considering all of the Stephen King stories that take place in or refer to Castle Rock, the Hulu series set in the fictional New England town could go on for many seasons to come. So while Castle Rock hasn't yet been renewed for Season 3, that's not necessarily cause for concern. Showrunners Sam Shaw and Dustin Thomason already have a plan for another installment.

Season 2 introduced Annie Wilkes(Lizzy Caplan) from King's 1987 novel Misery, Pop Merrill (Tim Robbins) from the 1990 novella The Sun Dog, and Ace Merrill (Paul Sparks) from 1982's The Body (adapted into Stand by Me) and 1991's Needful Things. These iconic characters are blended with other figures from King's stories, as well as brand new characters created just for the show. And Thomason hinted to Collider that he and Shaw already know which King characters they want to explore in a Season 3. Alas, he declined to reveal which ones, but he did discuss how future seasons of the anthology series will continue to connect to King's"multiverse."

"The plan was always to have an interconnected set of stories and, while every season would be its own launching point, there would be this fabric of Stephen's multiverse, if you will, that always bubbled beneath it, and a unity to the stories that existed," Thomason told the outlet. "When we get to Season 3, I hope that there will a continuation of what we've done in [Season 2] and an expansion, and the audience will start to feel that there was a plan from the beginning." So even though the trailer for the Season 2 finale below claims, "It all ends here," that doesn't mean it's really the end of Castle Rock.

Now, there were only a few characters featured in both Seasons 1 and 2. Besides some townspeople, like Aaron Stanton's Pastor Drew, Frances Conroy's Mrs. Lacy (the widow of Dale Lacy's Shawshank State Penitentiary warden) returned in the penultimate episode of Season 2. Bill Skarsgård's the Kid and Mathilde Dehaye's Amity (who was briefly shown in the first season) have also played a major part this season, as they are the reason people in town are being possessed by Devil-worshipping settlers. Considering Skarsgård didn't show up until Episode 7 of Castle Rock's second season, any potential returning characters could very likely have similarly surprising (and belated) reappearances.

If there is a Season 3, Castle Rock will also most likely cast a King veteran in a major role. Skarsgård is Pennywise in the movie adaptations of It, Sissy Spacek of Carrie fame joined Season 1, and Robbins of Shawshank Redemption just met his fate (well, kind of) as Pop in Season 2. While perhaps movie stars like Jack Nicholson of The Shining, Tom Hanks of The Green Mile, and Johnny Depp of Secret Window wouldn't be interested in a TV series, there are still plenty of other A-list actors from King's numerous onscreen adaptations who could join Castle Rock in a significant role.

Before a Season 3 of Castle Rock can occur though, the town's surviving people must stop the vessels. And even if their reign ends, the devil-like Kid is sure to be back to frighten other King characters in future installments.

More like this
'Bridgerton’s Jonathan Bailey & Simone Ashley Just Teased A First Look Of “Kanthony” In Season 3
By Grace Wehniainen, Alyssa Lapid and Sam Ramsden
'The Sandman’s Ending Is A Departure From Neil Gaiman’s Comic Book Series
By Kadin Burnett
Gabby & Rachel Reveal How That 'Bachelorette' Rose Ceremony Twist Happened
By Grace Wehniainen
Everything To Know About 'RHOC' Season 17
By Brad Witter and Sophia Moore
Get Even More From Bustle — Sign Up For The Newsletter