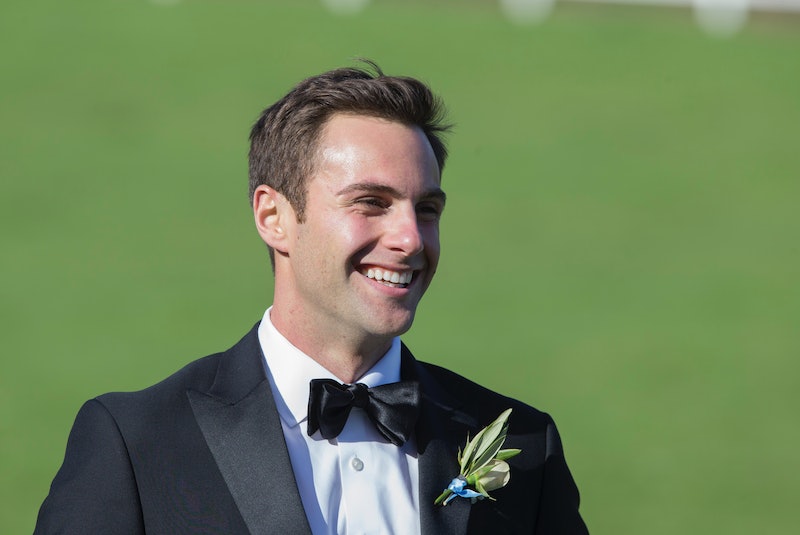 Will the chicken fly the coop on The Bachelorette? Contestant David hasn't had the easiest journey to find love, from fighting with male models to wearing a chicken suit on the first night to falling out of a bunk bed. Though he received a rose in the latest episode of The Bachelorette, a preview for the next episode suggests that he could be about to face off against his nemesis, Jordan, in a two-on-one date. Whether David survives the two-on-one remains to be seen, but the Colorado native has definitely made a name for himself in Bachelor Nation. Will David be on Bachelor in Paradise? He would fit right in — if he doesn't score the final rose, of course.

Though the cast of the new season of Bachelor in Paradise hasn't been released yet, ABC has announced when fans can expect the upcoming season. Per Entertainment Weekly, the show will begin airing this August, after The Bachelorette wraps for the season. And if Season 5 of Paradise follows in the footsteps of earlier installments, there will likely be more than a couple of contestants from this season of The Bachelorette frolicking on the beach in Mexico this summer. In fact, some cryptic tweets from Chris Harrison seemed to hint that grocery store owner Joe, a quick fan favorite who was eliminated on the first night, might be headed off to Paradise. And as Becca sends more guys packing, some of them will certainly be heading to Mexico. Could David be one of them?

If he doesn't win Becca's heart in the end, David would be a perfect cast member for Paradise. He is charming and a bit quirky, but he's also not afraid of getting involved in a little drama. And what would Paradise be without fights, heartbreak, and, of course, tears? There's nothing the production team loves more than sticking two arch-nemeses together on one island, so it would not be at all surprising if David and Jordan reunited in Mexico for one final showdown. David is still antagonizing Jordan via Instagram (peep the pic below, with the caption "#pensive @jordan__kimball"), so you can bet the producers will exploit that animosity in Paradise.

It's not all fun and games in Paradise, either. Sometimes it seems the connections formed on the spin-off are longer lasting and more genuine than the ones formed on The Bachelor or The Bachelorette. Couples who've emerged from Paradise include Jade and Tanner, Carly and Evan, Raven and Adam, Derek and Taylor, and, most recently and maybe most shockingly, Jared and Ashley! Couples who come together in Paradise seem to have lasting potential, and with odds like that, why wouldn't David sign up?

Of course, there's always the chance that David actually wins Becca's heart. She seemed to be genuinely glad to see him back on his feet, and she was so sure of her connection with him that she gave him a rose before the ceremony even began. Has she been as vocal about her feelings for him as she has about her feelings for Garrett, or Blake, or even Jason? Not really. But that doesn't mean he's completely out of the running. Sometimes a connection sneaks up on the Bachelor or Bachelorette, and Becca might get to the end of the season and realize the chicken man has been the one for her all along.

On second thought, maybe not. But David has definitely gotten enough screen time on the show to possibly secure him a spot in Paradise. Maybe it'll be his chance to prove that he's more serious about finding love than he is about starting drama. Or maybe he and Jordan will duke it out one last time.

Either way, plenty of viewers are already along for the ride.