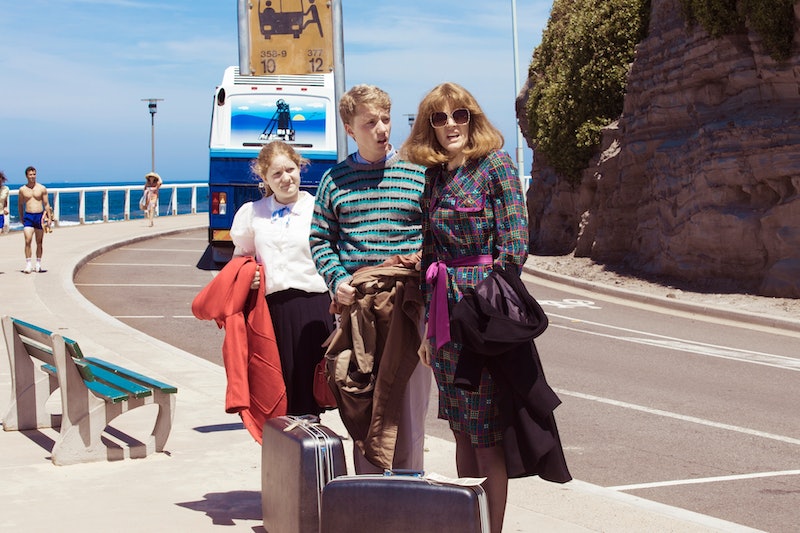 In terms of snappy sitcoms that bring a whole lot of LOLs, Sky have been knocking the ball out of the park lately. Bringing legends like Julia Davies to the front, and also slightly lesser-known TV talents that are taking the comedy world by storm. For example the hit show Frayed, starring Sarah Kendall. Whose show was so excellent that all I can't help but wonder will Frayed return for season 2?

I contacted Sky's Now TV for a comment on this and I'll let you know as soon as I hear back but, as of now, nothing has been announced.

Fans of Frayed season one have been all over Twitter begging for its return, with one writing "@Sarah_Kendall please Please PLEASE tell me there will be a Frayed season 2?! Loved the show... you rock!"

In response, Kendall replied with: "Well I hope so, we’ll see... x" Oh my god, what does this mean?!

The show, set in the '80s, is the story of a woman whose whole life gets turned on its head and sees her returning to a life she tried so desperately to escape from.

Simone lives in a fancy house in London, married to a super rich man. Her life is pretty fabulous until her husband dies suddenly while en flagrante with another woman, Simone's life is left devastated, and it soon becomes apparent that her left her in a state of financial ruin. This means that Simone has to not only take her children out of their posh private schools, but across the globe to her native Australia. The only place she has left to go.

Sarah Kendall, who write and starred in the show, grew up in Australia in the '80s, and was keen to show a version of Australia far from the mental image people had of the country at the time. She spoke to the Express about the how and how she wanted to show a bit of realness:

"It was at a time I think when Home & Away and Neighbours were very big so they have these conceptions about what Australia is going to be like and they get there and the culture shock is enormous."

If you've not watched Frayed yet, check it out on Now TV.