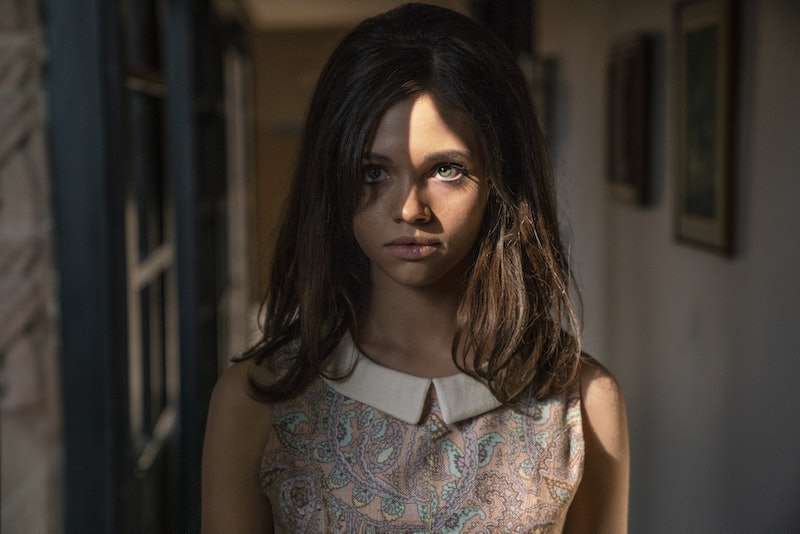 Fauna Hodel's riveting story is coming to an end this season on I Am The Night, and there's both good news and bad news for viewers who have become sucked into the twisted real-life tale. The bad news: it doesn't look like I Am The Night Season 2 will happen, given that the series was always intended to be a limited run with a contained story. But the good news? You'll probably be satisfied with the conclusion it delivers.

No one was ever officially deemed the culprit of the Black Dahlia murder, the crime I Am The Night's protagonist Fauna Hodel discovers her grandfather was suspected of, among others. But director Patty Jenkins tells Bustle that that ambiguity doesn't stop the show from having a compelling finale. "This was not the Black Dahlia story. This is the Fauna Hodel story," Jenkins told Bustle in a phone interview ahead of the finale. "It's a satisfying conclusion to the story that we're telling."

Jenkins also says she came out on the other side of creating I Am The Night feeling like they'd done Fauna's story justice. "The story [of George Hodel] was a secret with a lot of power for a long time," she says. "And [Fauna] was threatened and shamed... into not telling it, as everyone was. By getting to tell this story, I feel, walking out of it, so clean and positive."

Jenkins isn't the only one excited for viewers to see the finale — India Eisley, who plays Fauna in the show, has been teasing images from the final episode on her social media. She grew close to the story as she portrayed the real-life woman, who passed away before filming began, and told Variety that she bonded with Fauna's daughters onset. "It’s a big responsibility, I think, when you play somebody who has existed but also somebody who has just recently passed away," the actor said. "It’s a bit of a heavy thing. But Rasha and Yvette, her daughters, were just so encouraging and so supportive and just lovely."

Chris Pine co-stars with Eisley throughout the series as Jay Singletary, a fictionalized reporter who's an amalgam of a few different real-life characters, and he seemed equally as enthused about the work. He'd collaborated with Jenkins before on 2017's Wonder Woman, and said her intention to direct was one of the things that intrigued him about the role. "She is keyed in to me in a certain way where she can use the trip wires and pull that switch and throw some spice here, some pepper there, and I can go off and do what I do," Pine told Variety in another piece.

I Am The Night has garnered excitement not just among its cast and creators, but also with viewers and critics. The Associated Press' Kate Hahn wrote that "as the show wraps against the backdrop of L.A.'s 1965 unrest, with scenes shot in the fortresslike former home of the actual Dr. George Hodel, I expect to be terrified, but I am also rooting for this brave, wide-eyed girl to triumph."

So even if I Am The Night is only a one-and-done series, that's perfectly OK — hopefully it accomplishes what it set out to do, and puts Fauna Hodel's story to rest once and for all.