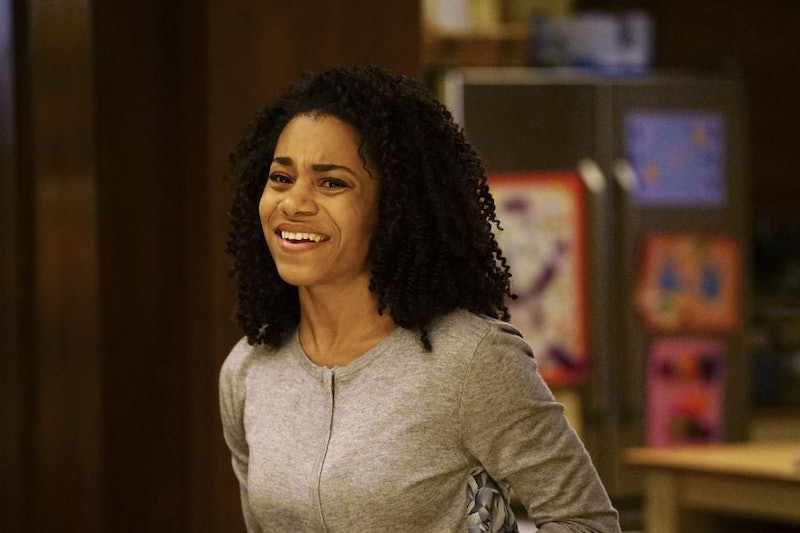 A few episodes back, Maggie Pierce’s mom came into Grey Sloan for a consult that we knew would be much more complicated than her claiming she wanted a breast augmentation. Unfortunately, Maggie’s mother had inflammatory breast cancer that eventually metastasized to her liver, and she died. Sigh. Poor Maggie. Obviously, she’s going to be affected by this, but in true Maggie fashion, I’m going to guess that she pushes it all down and pretends like everything is okay. Will Maggie come back to work on Grey’s Anatomy?

Previews for next week’s episode show Maggie back at work, but they also show her throwing herself into her surgeries way too hard and then potentially freezing in the middle of one, and that’s not great. Having met Maggie’s mother, I don’t know where she got this whole “I can’t talk about my feelings” thing. Maggie’s mother, though she hid her cancer from her daughter at first, seemed like a very loving and vocal woman, so maybe this is just how Maggie deals with stuff. At first, she didn’t believe her mother was sick, and then she went to the other extreme, bullying Meredith and the other doctors into putting her mother into a clinical trial even though everyone was pretty sure it wouldn’t work. Now, her mother is gone, and she’s going to have to cope.

Luckily, Maggie has her sisters — Meredith and Amelia — to help her through. Meredith and Amelia have gone through a number of insanely bad tragedies. Meredith had her mother, father, stepmother, and husband die, and Amelia watched her father get murdered, had her brother die, and also has a dead fiancé and a dead son. Not to mention, uh, all the other bad stuff that has gone on at Grey Sloan. If anyone can help Maggie get through this, it’s them.

More like this
Julie Andrews Revealed A Surprising Behind-The-Scenes 'Bridgerton' Detail
By Grace Wehniainen
We Finally Know When 'Grey’s Anatomy' Is Coming Back
By Brad Witter
'The Summer I Turned Pretty' Book Ending Is An Emotional Rollercoaster
By K.W. Colyard
The Future Of 'All Creatures Great & Small' Is Confirmed & Wedding Bells Are Ringing
By Rebecca Fearn and Frances Stewart
Get Even More From Bustle — Sign Up For The Newsletter