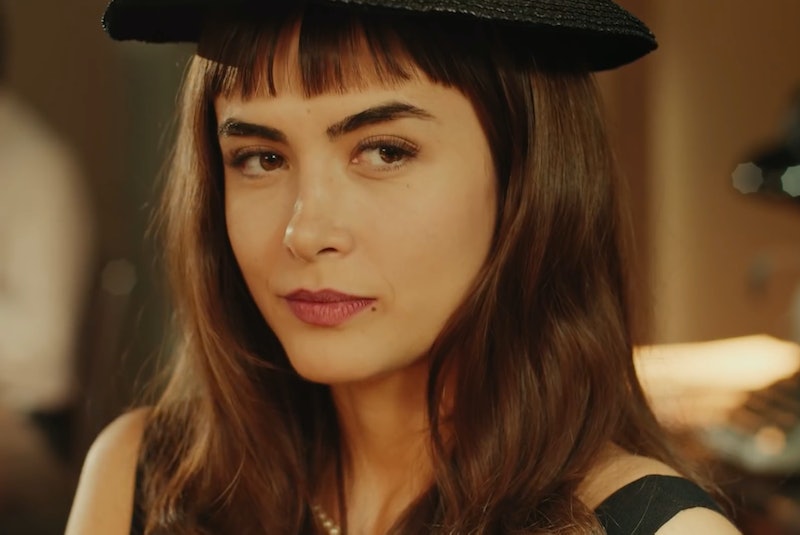 Netflix's Most Beautiful Thing, released March 22, follows a 1950s housewife in Rio de Janeiro who's heartbroken after being abandoned by her husband. Instead of letting the situation break her, she stays in Rio and manages to open her own club. It's an empowering story of a woman finding her independence that TV could always use more of, so fingers crossed that after we're all done marathoning, Most Beautiful Thing will return for Season 2.

So far, Netflix hasn't announced whether or not the show will be renewed. The streaming service will likely wait and see what the response is to the show before making a decision, and since the company continues to refuse to release its viewership numbers, it's impossible to predict what the future might bring.

That being said, the trailer looks pretty amazing. It has so many elements of a good old-fashioned story of girl power — a feeling of newfound freedom after a breakup, a group of sexist men to rally against, and a gang of female friends looking to empower each other. Take a look at the whole thing below:

Even though we can't know what Netflix's plans are for the future of Most Beautiful Thing, we can certainly hope that the streaming giant continues to bring these new voices to the stage and give them a lasting platform. As we were harshly reminded with One Day At A Time's recent cancellation, though, even the most beloved series aren't guaranteed a long run.

Most Beautiful Thing gives off a vibe that's been successful on other streaming services in recent years. Its smoky, decades-old club motif is almost reminiscent of Amazon's The Marvelous Mrs. Maisel, an Emmy-winning show that also takes husbands and male-dominated industries to task.

Plus in February, Variety reported that Netflix was dedicated to bringing more international content to its platform. "We’re definitely looking to foster voices that haven't had an opportunity before," said Kelly Luegenbiehl, VP of international originals for Europe, Turkey and Africa, per the outlet. "In particular, we have a real passion around diverse voices, female storytellers, things that maybe you have to work a little bit harder to find sometimes. We feel like by empowering those voices, that’s where we are getting the stories that feel really unique and differentiated."

The company has faith that English-speaking viewers will get comfortable with dubs and subtitles, making international content like Most Beautiful Thing even more appealing. "This is a foundational change in how people are consuming TV," Netflix International Originals chief Erik Barmack told IndieWire. "If you look at the Netflix of it all, look at the fact that roughly 60 percent of our audience is international. Once you’re in a world where you're looking at subtitles or dubs, this is pretty likely to happen at least within Netflix."

Hopefully all these things lend itself to a lengthy run for Most Beautiful Thing — it's always a good thing when a new and unexpected voice carves out a lasting home for itself, and this series seems like it could be a new fan favorite.