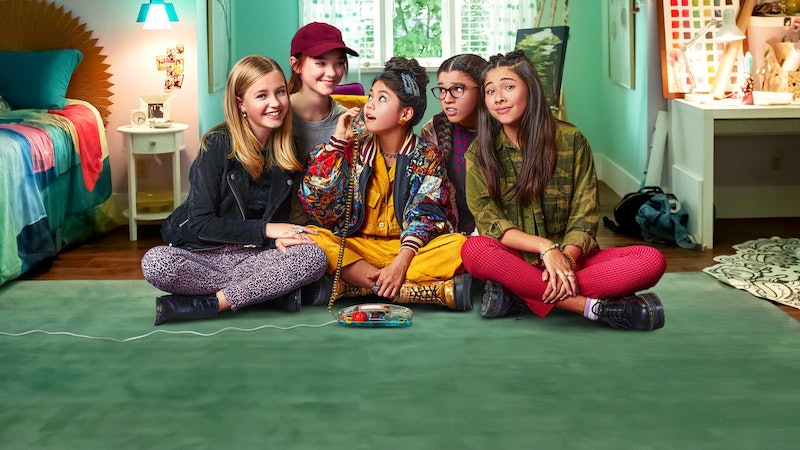 If you're a child of the '80s or '90s, then you are most likely pretty familiar with The Baby-Sitters Club. The series of children's novels created by Ann M. Martin were an ever-present fixture in middle schools throughout the two decades, with well over 100 entries in the series having been published between 1986 and 1999. Now, Netflix is introducing the franchise to a new generation with a brand new TV series, but will it have the same sort of longevity? Will Netflix's The Baby-Sitters Club return for season 2 at the very least?

The new series gives a modern update to the source material, setting the action in the present day with a handful of Generation Z teens as the new BSC. And the reboot proves that BSC is absolutely timeless. While a club for babysitters is ostensibly what the books were about, they actually were more about life's challenges and how friendship can help you through them. The new series is certainly keeping that tradition alive, with the trailer showcasing the girls' various challenges including family changes, confidence problems, budding romances, and other relatable issues that every kid faces while growing up. And through it all, they have their network of friends in The Baby-Sitters Club to fall back on — just like in the books.

Though it stays true to the source material, some modern updates have been made. The cast is more diverse than the original Baby-Sitters Club's founding members from the books, which better reflects the youth of today. They are also more complex, with their various personality traits and flaws being more thought-out and less stereotypical. But since this is a reboot of a beloved retro franchise, some throwback touches have been included, too. For instance, the girls use a clear corded phone — one that they purchased on Etsy, naturally — as the line for their babysitting service. This combination of modern sensibilities with timeless life lessons and fun nostalgic nods seems pretty likely to win over many fans, which will be crucial in earning the series another season.

The series won't debut on Netflix until July 3, so it's unclear at this time just how popular it will prove with viewers. Ultimately, people will need to watch it in order for Netflix to green light a second season. If no one watches, then the series will probably conclude after just one season. However, if critics' attitudes toward the series are any indication, then Netflix should probably start gearing up for production on another season. As of this writing, The Baby-Sitters Club boasts a sterling 100% rating on Rotten Tomatoes. These glowing reviews, which come from the likes of such highly-regarded outlets as Variety, Entertainment Weekly, and Vanity Fair, could potentially influence more people to tune in who were previously on the fence.

It's currently unknown if Netflix's The Baby-Sitters Club will earn a second season, but if the show proves to be as popular as it is critically-acclaimed, then fans could very well end up seeing these girls grow up over a number of seasons.