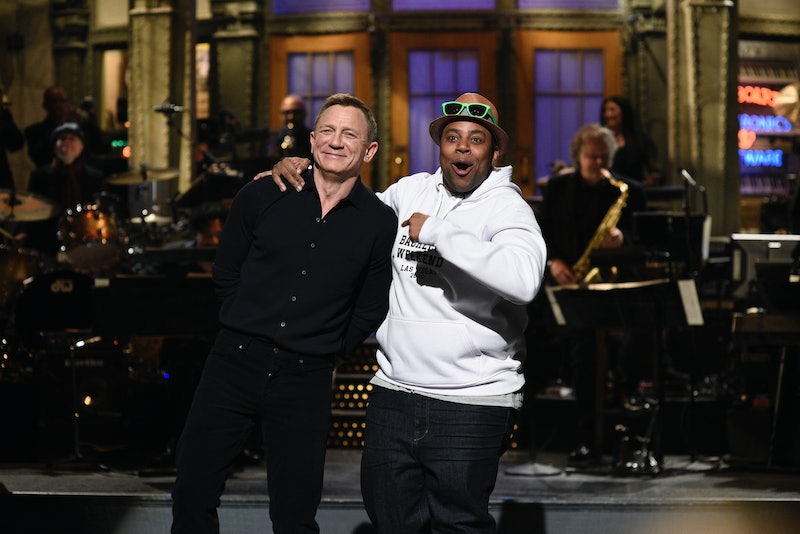 In the wake of growing concerns about the coronavirus, the entertainment industry has canceled concerts and festivals, halted production on TV shows and begun taping talk shows without audiences. However, the status of one of televisions most enduring institutions is still in question, leaving many fans to wonder: will Saturday Night Live be canceled due to the coronavirus?

The sketch comedy series often takes breaks throughout the season, and is currently on a planned hiatus until March 28. (The most recent live episode aired on March 7, hosted by Daniel Craig.) As of right now, nobody from SNL or NBCUniversal have publicly confirmed whether or not the show will go on as planned, or if the network will extend the show's hiatus. However, on Monday, March 16, Variety reported that Saturday Night Live will postpone new episodes by three weeks. The magazine cited a source close to production who said that the next three episodes would be postponed. It's unclear if the hosts for the next three episodes will remain the same.

As of right now, John Krasinski is slated to host the next episode of SNL — with Dua Lipa as the musical guest — to promote A Quiet Place 2, which was set for a March 20 release. However, on March 12, Krasinski announced that A Quiet Place Part 2's release had been postponed indefinitely as a result of concerns about the coronavirus, writing on Instagram that it is "not the right time" for people to gather in theaters to watch the movie. It's unlikely that A Quiet Place 2's delayed release will have any impact on SNL, though, as Craig hosted the show as planned on March 7, despite the fact that the new James Bond movie was also delayed due to concerns about the virus.

While it's unclear whether or not SNL will hit pause on its current season, Deadline reported on March 12 that NBCUniversal has halted production on 35 series — including both scripted projects, like Chicago P.D. and talk shows like The Kelly Clarkson Show — due to concerns over the spreading the coronavirus.

"The safety and health of our cast, crew and employees is our top priority," the network said in a statement, adding that they are "pausing production for two weeks as a precautionary measure" on multiple series. After that time, "we will reassess and determine an appropriate start date. In some cases, we are accelerating plans to wrap up physical production."

On March 13, several New York-based late night talk shows — specifically, The Late Show with Stephen Colbert, The Tonight Show Starring Jimmy Fallon and Late Night with Seth Meyers — announced they would temporarily suspend production after the state's governor, Andrew Cuomo, declared a state of emergency. It is currently unclear how long the state of emergency is expected to last, but as part of the new restrictions, all large gatherings of people have been banned in New York state, which could affect SNL's production schedule.

All in all, things are still very much up in the air as the United States attempts to find a way to stop the spread of the coronavirus nationwide, but based on all of the new restrictions, it wouldn't be surprising if SNL chooses not to be live from New York on March 28.

More like this
Michael B. Jordan Tackled His "Public Breakup" With Lori Harvey On 'SNL'
By Brad Witter
The Black Lotus Staff Has "Had Enough" In The 'White Lotus' Spoof From 'SNL'
By Brad Witter
Who Is Pete Davidson Dating? He & Chase Sui Wonders Got Caught Kissing
By Jake Viswanath
At 28, Rosie Perez Risked Her Career To Stop Playing Stereotypes
By Gabrielle Bondi
Get Even More From Bustle — Sign Up For The Newsletter
From hair trends to relationship advice, our daily newsletter has everything you need to sound like a person who’s on TikTok, even if you aren’t.