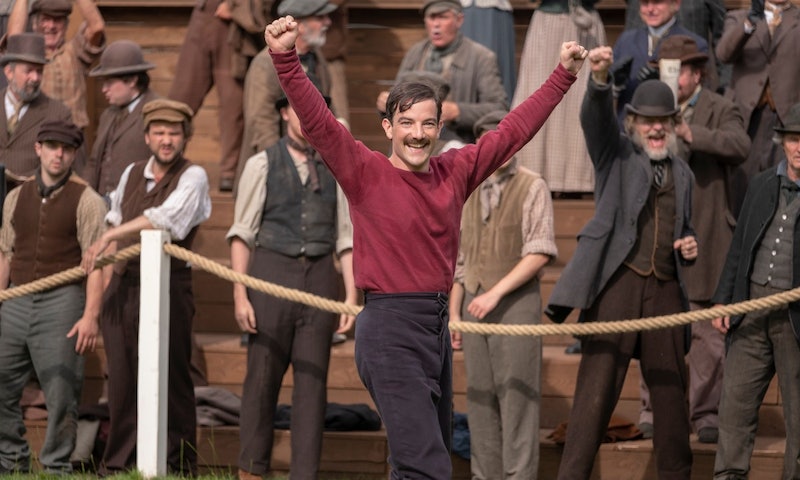 Netflix has long been a purveyor of top-quality entertainment so it's no surprise that their dalliance into the world of period dramas has proven to be a rip-roaring success. The English Game combines two of the UK's most prized exports — football and period dramas. However, as it's only six episodes long, fans are thirsty for more costumed kick-abouts so will there be a Season 2 of The English Game?

I reached out to Netflix for comment and I'll let you know as soon as I hear back. As it stands, there's been no official line on a second season of the show. However, considering it only premiered on March 20, there's definitely a bit of wiggle room with regards to another run of the series.

The show has proven a hit with fans of period dramas and the beautiful game alike owing to not only its beautiful streetscapes, costumes, and top notch acting but also owing to the interesting story behind the show. It's based on the beginnings of football as we know it and in particular about the life of Fergus Suter who's thought to be the first ever professional football player.

The show documents the early days of football, the humble start of a game that's now become an enormously successful and lucrative international industry. When the game was first created, football was a very socially stratified world.

Early teams made up of wealthy gentlemen who didn't need to work for a living like 'The Old Etonians' were leaders in the pack, owing to their extended leisure times and thus ability to train more. An advantage which was soon levelled out when the game became a professional sport.

The series was devised by one of the masters of the period drama format, Julian Fellowes. Fellowes is the mind behind Gosford Park, Downton Abbey, and Belgravia. This show differs to his previous outputs by being based on true events as his other shows and films are fictional.

Considering this show's ability to marry two of the UK's most beloved forms of entertainment, hopefully a second season will be just around the corner.