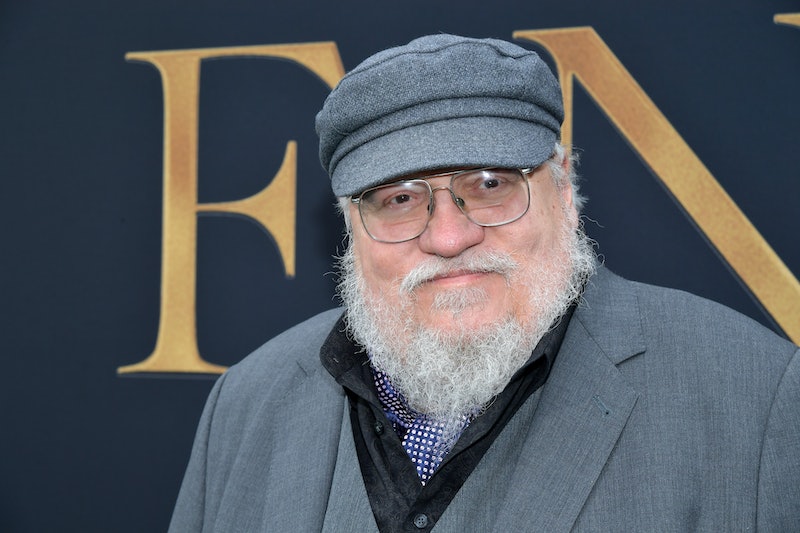 In a Monday blog post, A Song of Ice and Fire author George R.R. Martin spoke out about the end of Game of Thrones on HBO and offered fans a critical update regarding his progress on the next two A Song of Ice and Fire books. The new Game of Thrones books may be 3,000 pages long, according to Martin's post, which might explain why fans have been waiting so long on The Winds of Winter.

Launched in 1996 with the publication of its first installment, George R.R. Martin's A Song of Ice and Fire series is set to comprise seven planned books: A Game of Thrones, A Clash of Kings, A Storm of Swords, A Feast for Crows, A Dance with Dragons, The Winds of Winter, and A Dream of Spring. In July 2011, just a few months after the premiere of HBO's Game of Thrones, Martin published the fifth ASOIAF book, A Dance with Dragons — the narrative material of which the television series tackled in its fifth season. For almost eight years, fans have been eagerly awaiting the next chapter in Martin's Song of Ice and Fire. Now, we may know why the wait has been so very long.

Writing on his "Not a Blog" on Monday, Martin — who recently had to quell rumors that the final two ASOIAF books had been written for some time, and would remain unpublished until the end of Game of Thrones's run on TV — promised fans once again that The Winds of Winter and A Dream of Spring were on their way. "I’m writing," he said. "Winter is coming, I told you, long ago… and so it is. THE WINDS OF WINTER is very late, I know, I know, but it will be done. I won’t say when, I’ve tried that before, only to burn you all and jinx myself… but I will finish it, and then will come A DREAM OF SPRING."

A Song of Ice and Fire has never been known for its slim volumes. A Game of Thrones totaled nearly 700 pages in hardcover, and it is the shortest of all the ASOIAF books written so far. Martin's latest installment was also his lengthiest. A Dance with Dragons tipped the scales with more than 1,000 pages, and now Martin says that The Winds of Winter and A Dream of Spring may be set to surpass it. "I expect these last two books of mine will fill 3000 manuscript pages between them before I’m done," Martin wrote, "and if more pages and chapters and scenes are needed, I’ll add them."

Of course, Martin could not address The Winds of Winter without also discussing how the Game of Thrones ending will differ from his books. The ASOIAF author maintained that the ending readers will find in A Dream of Spring will be the same as the one they watched on TV, but also utterly different, due to the characters and plotlines that never made the jump from page to screen. "[I]f nothing else," he said, "the readers will learn what happened to Jeyne Poole, Lady Stoneheart, Penny and her pig, Skahaz Shavepate, Arianne Martell, Darkstar, Victarion Greyjoy, Ser Garlan the Gallant, Aegon VI, and a myriad of other characters both great and small that viewers of the show never had the chance to meet. And yes, there will be unicorns… of a sort…"

HBO's Game of Thrones has ended, but readers may soon have more Westerosi adventures to look forward to. Bidding farewell to the TV series adaptation of his novels, Martin wrote that "last night was an ending, but it was also a beginning. Nobody is retiring any time soon.... Our brilliant cast has scattered to the four winds, but you’ll be seeing a lot of them in the years to come, in all manner of television shows and movies.... I suspect that you have not seen the last of Westeros on your television sets either, but I guess that all depends on how some of these successor shows turn out."

Martin previously teased five successor shows to Game of Thrones in 2017, and offered a recent update that "three of them are still moving forward nicely." One of those, rumored to be titled The Long Night, is set to begin filming this year. And who knows, maybe we'll actually find out what's west of Westeros soon.

Game of Thrones is finished, but the Starks, Lannisters, and Targaryens aren't done with their adventures just yet.