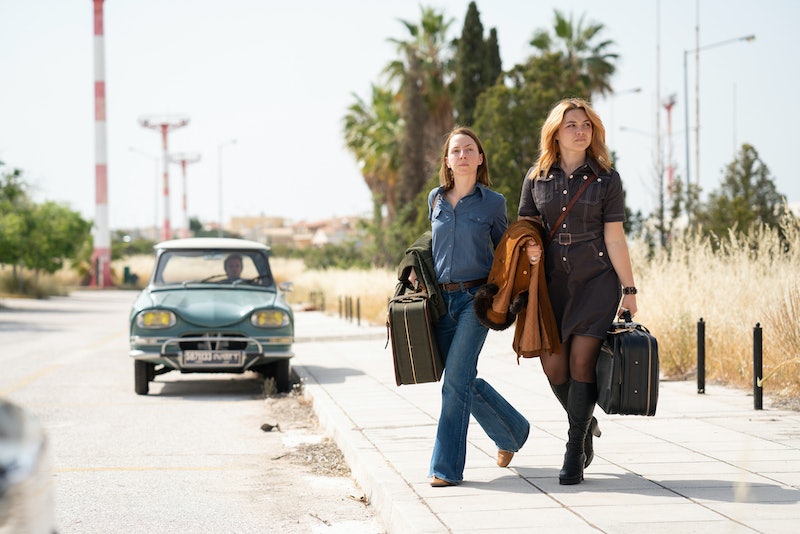 If you're a fan of espionage thrillers, you're probably wondering if The Little Drummer Girl will return for season two or if the final episode will be the last you'll ever see of Charlie and Becker. Well, the entire series is only based on one book written by John le Carré, and it seems like the series is heading towards the ending of that particular novel.

But all is not lost. Florence Pugh, the actress who plays Charlie, has revealed that she would love to reprise the role in the future. "I don't think this is the end for Charlie," she told Metro. "I would love it if she grew and if we followed her again because she’s such an interesting character and by the end of the series she’s been through so much, and she’s dealt with so much for a normal person. I would love to see what happens next."

Adding that "what's so fantastic about Charlie is that she's very normal," 22-year-old Pugh is clearly fighting for another series to be commissioned. She's also hints that Charlie will walk out of the first season very much alive. So what can viewers expect from the final episode?

So far, the series has seen Charlie infiltrate a Palestinian training camp and manage to convince Salim's family that she is indeed the devastated girlfriend of the recently deceased man. Believing her to be loyal to their cause (and not an a spy sent in by Israeli forces), she is destined to take part in an attack on an individual in the UK.

Kurtz (played by Michael Shannon) and Becker (Alexander Skarsgård) have discovered the identity of the target and thought they had managed to secure the bomb. However, they have been deceived, and even they are unsure if Charlie is becoming too sympathetic towards the other side.

It's obvious to look to the book to see what happens next. The ending of le Carré's novel sees several Palestinians (who Charlie had grown close to) murdered by the Israelis. Charlie then leaves her agent life behind and experiences a mental breakdown at all the deceit and tragedy she has had to go through. Becker arrives by her side and attempts to help her. The final line reads: "Locked together, they set off awkwardly along the pavement, though the town was strange to them."

Of course, the series' ending could be completely different, but it's set to be just as "nail-biting". The official synopsis does state that Kurtz and Becker are "concerned about Charlie's state of mind and where her allegiances lie" and it does appear that there will be a final showdown between the Israelis and the Palestinians.

The author of The Little Drummer Girl has previously allowed the stories in his novels to live on via TV. A second season of The Night Manager, starring Tom Hiddleston which was adapted from le Carré's 1993 novel, is said to be in development, although nothing concrete has yet been confirmed.

However, that does mean there's hope for Charlie and co to make a reappearance on your TV screen. Fingers crossed.

The final episode of The Little Drummer Girl will air on BBC One on December 2 at 9 p.m.