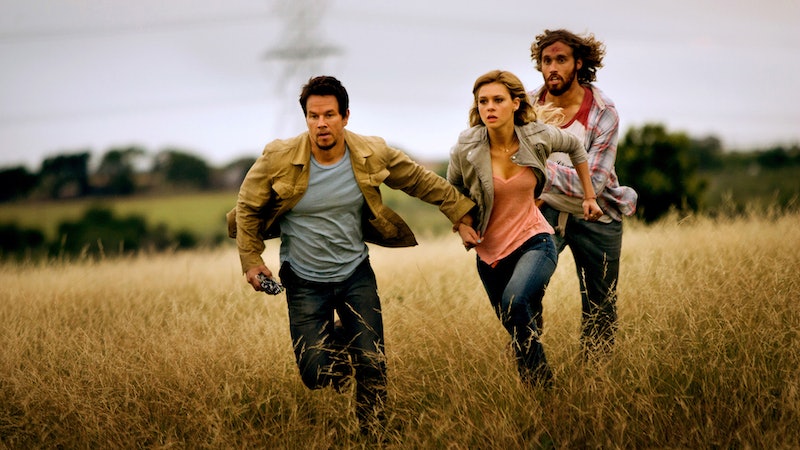 Though Transformer movies, at this point, might be the punchline of jokes about Marky Mark, no one can make fun of the revenue this franchise has accrued. Or the amount of fans that feverishly follow every last film. Beginning with what some would call the glory days of Shia LaBeouf and Megan Fox and ending with where we are now — the movie formerly known as Transformers 5, Transformers: The Last Knight — it's been quite the run. Quite the run, as in, it could be over. As you can ascertain from the Transformers Super Bowl teaser, the fifth movie does have the word "last" in its title, so it's justifiable to wonder if the fate has been sealed. In other words, will there be more Transformer movies after The Last Knight?

According to director Michael Bay, probably not. Love him, hate him, or question why he's spent so long making movies out of shape-shifting robot cars named Bumblebee, Bay is the face of Transformers. Throughout all the casting changes, and throughout all the ups (raking in all that cash) and downs (the harsh scrutiny of critics and audience alike), Bay has remained the franchise's steadfast emblem. Now, it sounds like he's bowing out.

On his website, Bay penned an unofficial letter that sounds a whole lot like an official farewell. "I’ve been living in this franchise for over 10 years now," he began, before touching on the future of the Transformers films. He also wrote,

It’s bittersweet for me. With every Transformers film, I’ve said it would be my last. I see the 120 million fans around the world who see these movies, the huge theme park lines to the ride and the amazing Make-A-Wish kids who visit my sets, and it somehow keeps drawing me back. I love doing these movies. This film was especially fun to shoot. But, this time might really be it. So I’m blowing this one out.

You don't have to read between the lines to understand that Bay appears to throwing up the deuces to this franchise. Sure, things could change (as he pointed out, he's admitted to being "done" before and, well, was not done). But after five whole films, it seems most likely that he'll be moving on to other things. However, just because Bay may be stepping back, that doesn't mean the entire franchise is coming to an end. The Hollywood Reporter already hinted at a Bumblebee spin-off movie, as well as a 2019 standalone film.

There's another reason not to get too worried, ardent Transformers fans. According to Bay, The Last Knight should satisfy even the most diehard (or skeptical) of followers. "Every movie will interlink," he wrote, before declaring, "I can safely say that there’s never been a Transformers film with the huge visual scope and expansive mythology as this movie, The Last Knight."

Someone should probably tell Bay that he left out the word "explosive." Transformers: The Last Knight hits theaters on June 23, but in the meantime, you can watch the trailer again and again.