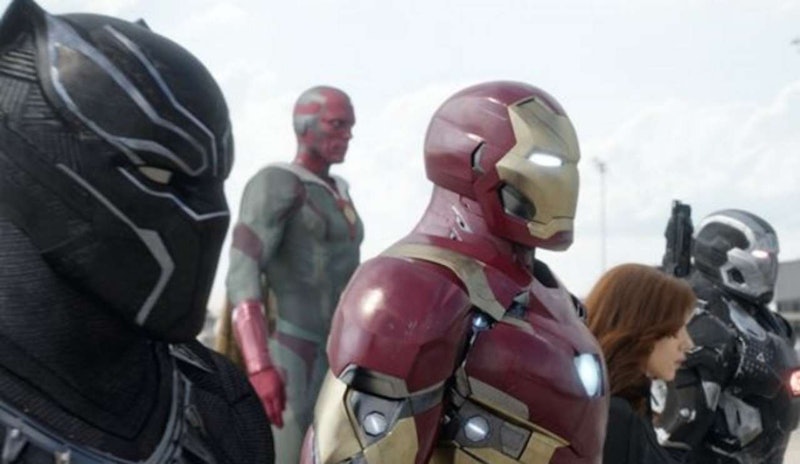 In war, casualties are to be expected… and the next Avengers movie has "war" right there in the title. Indeed, the film's co-director Joe Russo (who also helmed the latter two Captain America films alongside his brother Anthony) all but confirmed that characters will die in Avengers: Infinity War, telling CinemaBlend that, "My brother and I believe in stakes. I believe that everything has to have an end at some point in order for it to have value." So, is that a "yes" to the question of whether or not a major superhero will kick the bucket? "The audience should be prepared," Russo said. And if that's not a veiled threat to the characters, then I don't know what is.

As successful as the Marvel Cinematic Universe has been, one commonly heard complaint about the blockbuster films has been their reluctance to actually put their heroes in mortal danger. Many characters have been "killed off" only to show up alive later: Bucky, Loki, Nick Fury, Groot, J.A.R.V.I.S., and Agent Coulson, among others. That trend finally started to change with Quicksilver's death in Avengers: Age Of Ultron — and continued this year with (SPOILERT alert) Yondu's heroic sacrifice in Guardians Of The Galaxy Vol. 2.

So, which character(s) might bite the dust in Infinity War? Well, if one popular fan theory is correct, moviegoers might want to start preparing their eulogies for Vision.

The theory that Vision will die in Infinity War is pretty simple: the synthetic being played by Paul Bettany derives his powers from the Mind Stone, the galactic gem that used to be encased in Loki's scepter, which Ultron was going to use to give himself a body before the Avengers hijacked his plan and created Vision instead. And if Thanos is inevitably going to complete the Infinity Gauntlet at some point during Infinity War, well… he's pretty much going to have to rip the stone out of Vision's forehead, presumably killing the superhero in the process.

But is one death — especially one that's already so heavily theorized about — really enough to sell audiences on the mortal peril of the so-called Infinity War? Vision's death would undoubtedly be tragic (especially due to his budding romance with Scarlet Witch), but he might not be the only casualty of the battle against Thanos. After all, the fourth Avengers film has a roster boasting a whopping two dozen superheroes culled from every franchise in the MCU; surely the studio can spare one or two more characters in order to impress upon audiences the seriousness of the situation.

So who else will fall victim to Thanos? There are a certain number of heroes who feel relatively safe, including all the ones whose personal franchises are still underway, like Spider-Man, Black Panther, Ant-Man, Doctor Strange, and the major members of the Guardians of the Galaxy. But most of the minor characters and the MCU's old guard are up for grabs. It's easy to imagine War Machine or Hawkeye or Agent Maria Hill dying in service of raising the stakes; and both Robert Downey, Jr. and Chris Evans have hemmed and hawed long enough about their future in the franchise that their characters' deaths wouldn't really come as a surprise at this point.

If leaked reports of the top-secret Infinity War Comic Con trailer are any indication, (SPOILER alert) Thor may soon find himself in mortal peril, with the footage showing Thanos squeezing the hero's head in one mighty fist, like Gregor Clegane just before he popped Oberyn Martell's skull like a grape. Given that the Thor trilogy is coming to a close with Ragnarok this fall, and that the Thunder God's mantle is currently worn by a woman in the Marvel comics, killing off Chris Hemsworth and replacing him with a female Thor might serve as both an unexpected shock and a way to introduce a bit more diversity into the MCU.

Hopefully Joe Russo is right and Infinity War doesn't hold back when it comes to life-and-death consequences. As painful as it will be to have to let some of these characters go, the entire MCU has been building to this moment… and it will cheapen such a momentous moviegoing experience if two dozen heroes all emerge from their biggest battle yet entirely unscathed.