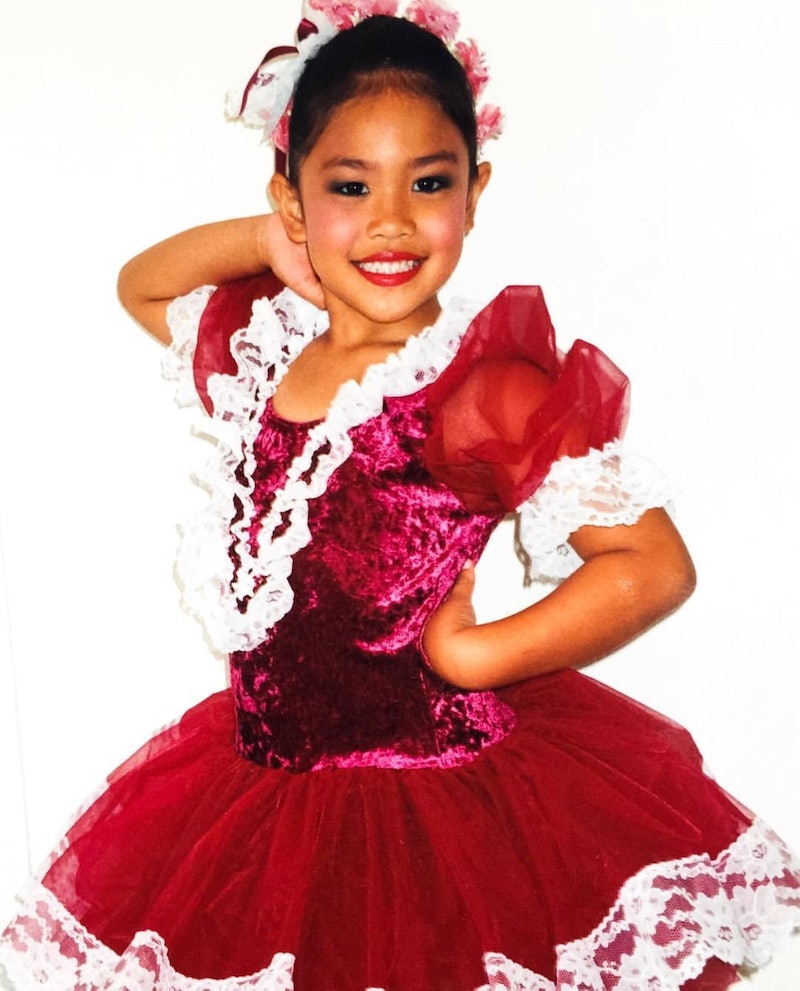 In the early '90s, you could have found me glued to The Mighty Morphin Power Rangers, pretending I was helping fight the evil Rita Repulsa and Lord Z. I especially admired Trini, the Yellow Ranger, played by Thuy Trang. She fought for good amongst her fellow Rangers. She was passionate and strong. And she was Asian. She looked like me!

In my regular life, I was surrounded by Kimberlys, aka Pink Rangers. Trini was just as different as I was. But her Asian-ness never was a focal point of the show or the reason why I liked her. Trini was just as much a part of the Rangers as Kimberly was. She taught me at a young age that I, too, belonged in a world of Kimberlys or Jasons or Billys (aka all the white characters).

After some digging (and, yeah, maybe I rewatched some of the show’s episodes on Netflix), I found out that Trini was really the only Asian Yellow Ranger. Over the last quarter-century, there have been a lot of women and even men who played the Yellow Ranger from all different ethnicities, but Trini was the one I identified with. To this day, she remains someone I look fondly on — a character who helped shape the way I view myself and how I fit in to this world.

I want to celebrate Trini now because I’m realizing more than ever how important it was for me, and for other girls and boys who looked like me, to have Trini as a part of the group.

What Trini showed me when I was three and four — at an age when you feel like you’re different, but don’t understand why it doesn’t feel good not to be a Kimberly or Jason or Billy — was that I matter.

She was an asset to the Power Rangers for her special gifts and talents. She wasn’t a stereotyped Asian character like we often see in movies and television shows: The nerd, the loser, the computer geek, or someone who doesn’t speak proper English.

No, Trini was a strong girl whose power and unique animal (a saber-toothed tiger) was just one of five needed to create the Megazord (which is when all the Dinozords were brought together to form a Transformer-like mega robot to fight off enemies). The group and their Dinozords weren’t as powerful alone as they were together.

What Trini showed me when I was three and four — at an age when you feel like you’re different, but don’t understand why it doesn’t feel good not to be a Kimberly or Jason or Billy — was that I matter.

At that age, I didn't fully realize how important Trini was to me. I also didn't realize the power of the women and girls who resembled and inspired me at a young age, like Kristie Yamaguchi, who won gold at the 1992 Olympic Games. As adults, it's critical that we remember that diversity in all shapes and sizes (colors, sexes, thought, talents) is just as impactful now as it was when you were growing up.

What I realize more than anything now that I'm older, especially in a time when race and ethnicity is a hot-button issue politically and in the media in general, is that we need more Trinis in this world. And not just more Asian-Americans like me. We need more actors and those in the entertainment and advertising industries to represent more types of people — in terms of race, and even beyond that.

Then, children of all ages won’t just see themselves being represented, but they'll also feel empowered to fight off evil.

They will know that they can.

Without This Woman Fleeing The Vietnam War, I Wouldn't Have My Life

Without This Woman, I Couldn’t Have Led The Resistance

More like this
Demi Lovato Explains Why She's Now Using She/Her Pronouns Again
By Alice Broster and Radhika Menon
The 4 Best Portable Air Conditioners Without A Hose
By Nina Bradley
41 Chic Outfits Under $35 That Are Alluring Without Being Too Revealing
By Scarlett James
Beyoncé Is The First Woman To Have A No. 1 Album Since Adele Did Almost A Year Ago
By Radhika Menon
Get Even More From Bustle — Sign Up For The Newsletter