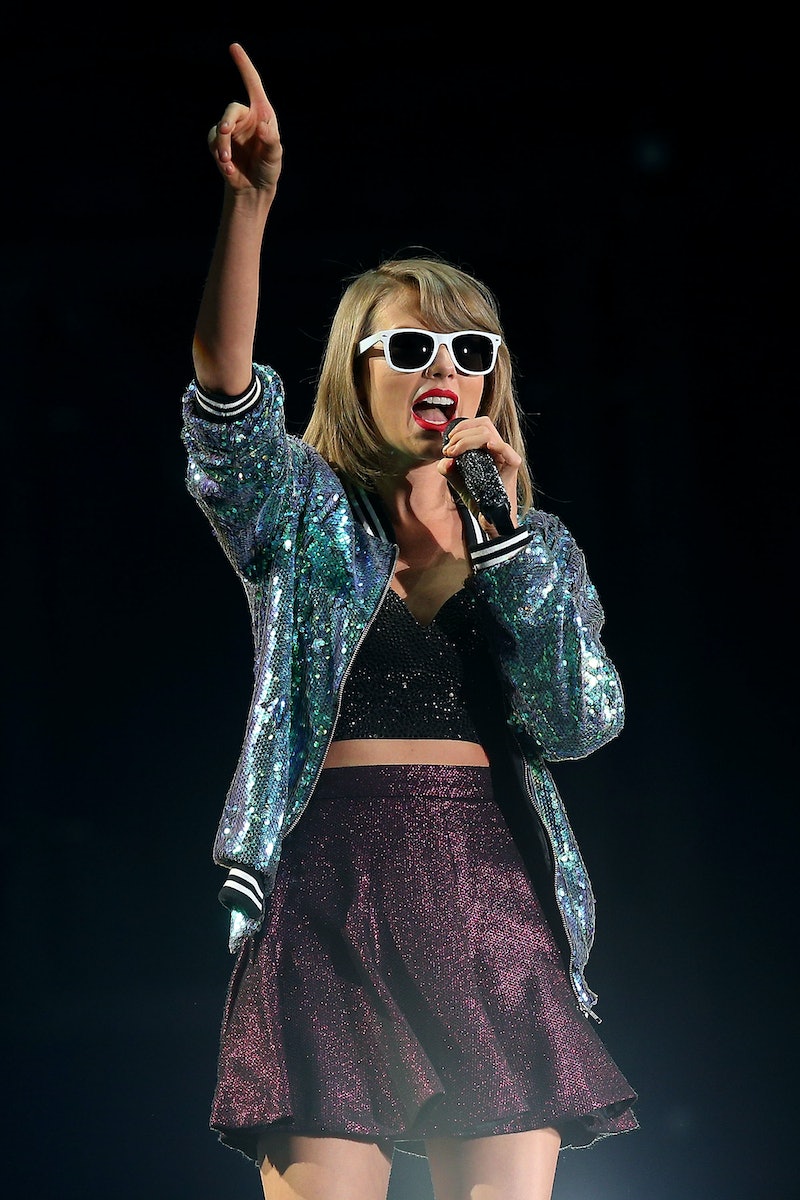 After four hours of deliberation, a jury reached a verdict regarding Taylor Swift's groping trial on Monday, Aug. 14. As TMZ reported, the jury ruled in favor of Swift in the countersuit against David Mueller, a former radio DJ who she alleged reached up her dress during a meet-and-greet in 2013. Given the subject matter of this case, it shouldn't come as a surprise that women are celebrating Swift's victory on Twitter. People are fired up about this news, and we've got the tweets to prove it.

After the verdict was announced, the "Bad Blood" singer's rep released the following statement to Bustle:

I acknowledge the privilege that I benefit from in life, in society and in my ability to shoulder the enormous cost of defending myself in a trial like this. My hope is to help those whose voices should also be heard. Therefore, I will be making donations in the near future to multiple organizations that help sexual assault victims defend themselves."

Here's how women are reacting to this win:

Tweeters Are Offering Up Congratulations

Yes to all of the above.

And Listening To Swift's Music

An A+ album choice.

And Championing Her For What She's Done

Swift's win means so much to so many.

Lots Of Tweeters Feel Empowered By This Victory

That dollar is worth a lot.

A Number Are Praising Swift For Standing Up For Herself

Swift's victory is our victory.

Others Are Deriding Anyone Who Was Dismissive Of The Allegations

Because a nonconsensual butt grab is still an act of assault.

This is a big moment for womankind.

Some Have Ideas For What Swift Should Do With Her Winnings

Many suggested she display the dollar.

After All, It's An Important $1

Others Thanked Swift For Paving The Way

And At Least One Celebrated With Ice Cream

Hey, when the occasion calls for ice cream, you get ice cream.

More like this
Taylor Lautner Thought Taylor Swift's 2009 VMAs Interruption Was A "Skit"
By Alyssa Lapid
Twitter Is In Awe Of Taylor Swift’s “Lavender Haze” Music Video
By Jake Viswanath
Watch Kelly Clarkson Sing A Taylor Swift Breakup Song About A Toxic Relationship
By Alyssa Lapid
The History Of Taylor Swift's "All Too Well" & What The Lyrics Actually Mean
By Jake Viswanath
Get Even More From Bustle — Sign Up For The Newsletter
From hair trends to relationship advice, our daily newsletter has everything you need to sound like a person who’s on TikTok, even if you aren’t.