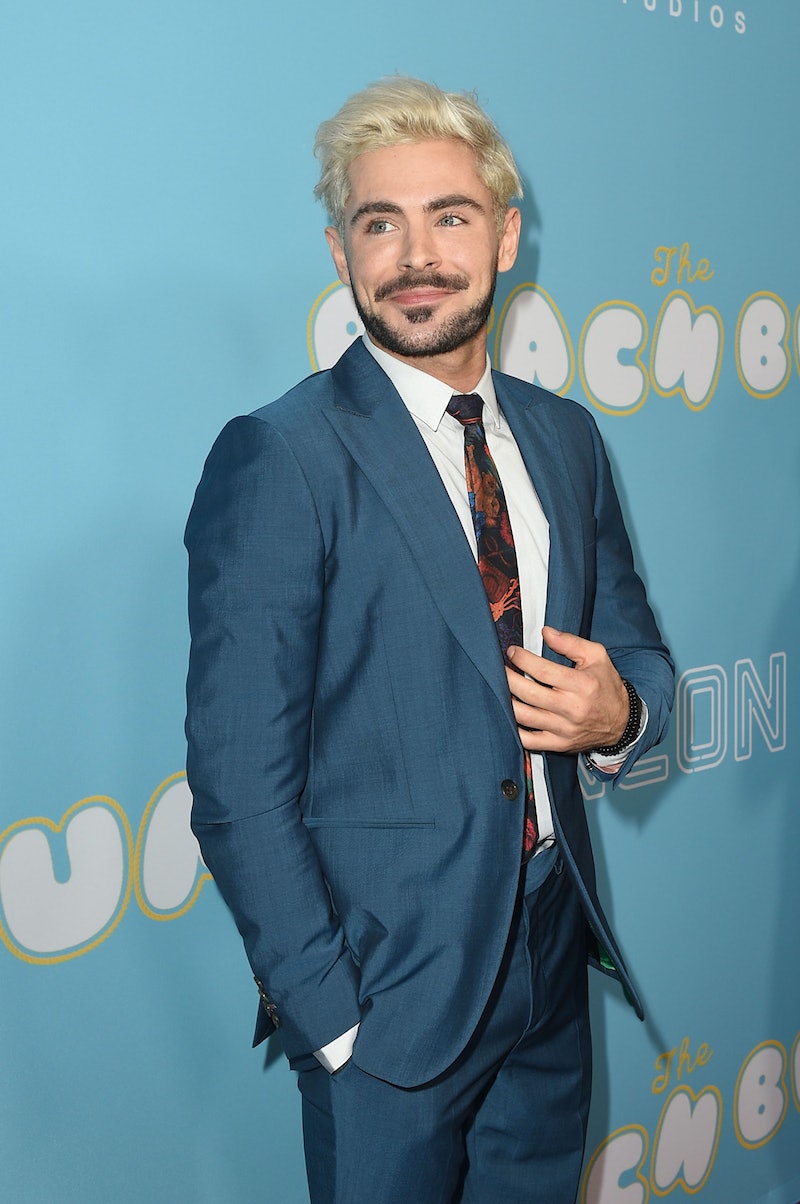 If there is one thing that can be gleaned from Zac Efron’s knee surgery recovery video that went up on his new YouTube channel this week, it is he's got his, got his, got his head in the PT game. A little over two months after he tore his ACL, The Beach Bum actor shared a clip documenting one of his physical therapy sessions. He has been putting in a lot of work to get his knee back to where it was before his accident, and this video is but a glimpse at how serious he is about PT. Get ready for some resistance training, lots of gentle stretches, a vibrating massage machine called the Hypervolt, a piece of equipment that looks like Shake Weight crossed with an enormous microphone, and Zefron's Fred Jones-esque blond 'do.

Zefron injured his knee back in February while skiing in Utah. He shared a photo he took in the hospital after the accident, writing,

"I tore my ACL shredding the gnar⛷ 😕 but all is good. I opted for surgery so I can come back stronger than ever. Thank you to Dr. Kvitne and his team at Kerlan-Jobe Surgery Center. I’ll keep you updated as I heal and progress! Thanks for all the love and positivity!"

As promised, Zefron has shared a lot of injury recovery journey updates, including a montage of scenes from one of his many appointments with his physical trainer. "Physical Therapy has become my morning routine post surgery," he wrote on Instagram on Tuesday. "Check out what a session looks like in my bio."

And hey, what's a visit to Winterfell without a quick stop for some vegan ice cream from Pressed Juicery?

Last week, Zefron shared a video shot the day he sustained his injury. The first half of the clip is all chill snowcat rides and chill slides down some big ol' mountains. But after two and a half minutes, Efron falls. He lets out one anguished yell, tells the rest of his ski group he is OK, says he felt his knee pop, and then jokes about how all of this has impacted his ego. He is helped into a snowcat, his leg is propped up, and he is given a bag of ice. “I’m going to lose a leg,” Efron deadpans.

And then, as they’re still driving away from the mountain where Zefron just fell, Zefron casually watches some drone footage of the ski run. The dude is presumably in a ton of pain, and yet, he remains cooler than a cucumber that’s been dunked in a bucket of dry ice. Meanwhile, I am all but reduced to tears every time I as much as bump my shin on a coffee table. What I am getting at: Both of these videos basically prove Zefron is a gladiator.