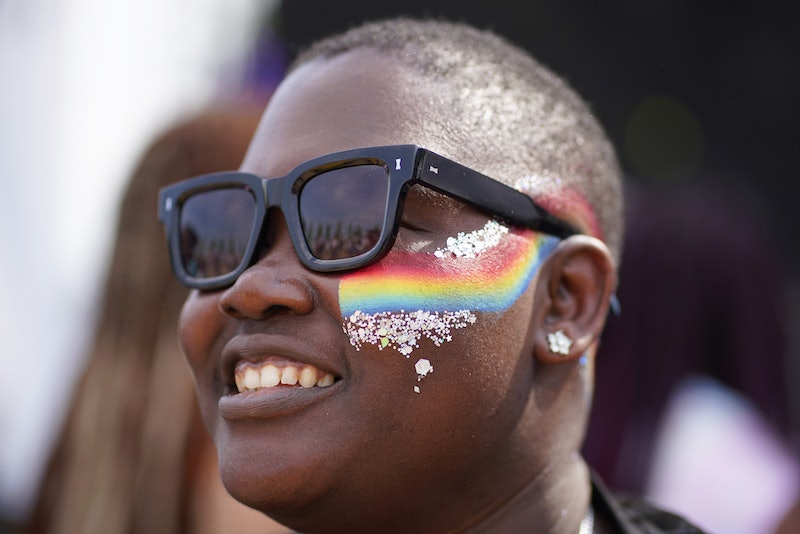 Following a two-year hiatus, the annual UK Black Pride made its in-person return on Sunday, August 14. The long-awaited event took place in the brand new location of London’s Queen Elizabeth Olympic Park and was once again held as a celebration of African, Asian, Middle-Eastern, Latin American, and Caribbean-heritage LGBTQI+ people. With a line-up of star-studded performers and high-profile activists, UK Black Pride 2022 also broke a major record.

Celebrating the new record on Instagram, Lady Phyll also wrote in a caption, “This is what it looks like to welcome and celebrate ALL marginalised communities within the LGBTQI+ community, including the Asian, Latino, and Middle Eastern Communities.”

Speaking to Bustle in June 2022, Lady Phyll cited the formation of UK Black Pride as one of her proudest moments as a member of the LGBTQ+ community, and teased that the 2022 event would bring “a lot of Black and brown queer joy.”

UK Black Pride was formed back in 2005 and began as a day trip to Southend-on-Sea. Since then, the annual event has grown exponentially and has previously been held at Vauxhall Pleasure Gardens and Haggerston Park.

As mentioned, UK Black Pride moved to London’s Queen Elizabeth Olympic Park in 2022 and was also held much later in the summer compared to previous years. “One of the reasons we decided to move this year’s event is because it’ll be closer to the date of the first-ever UK Black Pride way back in 2005,” Lady Phyll previously revealed to Bustle.