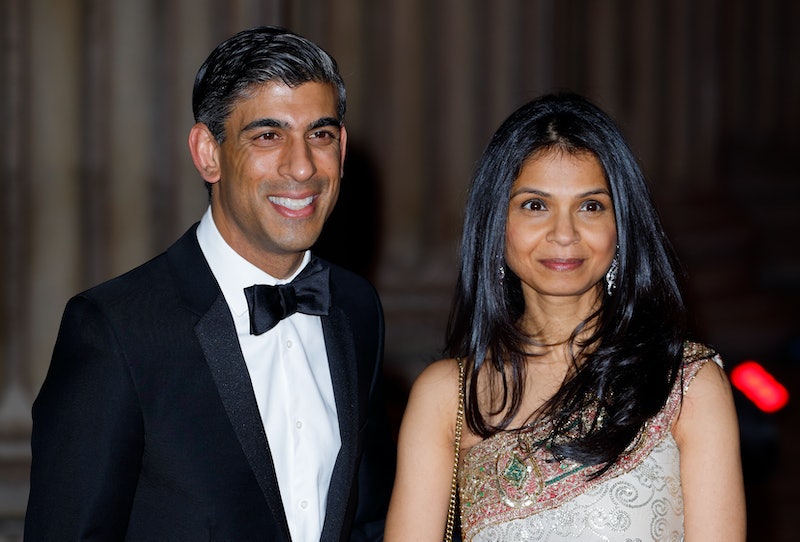 The race to become the next leader of the Conservative Party – and therefore, the next Prime Minister – is hotting up following the resignation of Boris Johnson. Tories have been casting their votes in a series of ballots since early July, and have now whittled the contenders down to a final two potential leaders: former Chancellor of the Exchequer Rishi Sunak and the current Foreign Secretary, Liz Truss.

Sunak served alongside Johnson as Chancellor during lockdown, starting the job just a month before the first lockdown came into force. As well as introducing a furlough system to support employees who were temporarily forced out of work by restrictions, Sunak introduced the Eat Out To Help Out initiative, which reportedly contributed to a surge in infection rates. And later on, was fined by police for breaching lockdown regulations while he was in government. He later resigned, arguably kickstarting the mass departure of over 50 MPs, and Johnson eventually stepping down.

The former Chancellor has also faced accusations that he’s out of touch with the struggles of ordinary people, and as he presided over a mounting cost of living crisis. It became public knowledge that Sunak’s wife, Akshata Murty, does not pay tax in the UK since she has non-dom status – which means that she has her “permanent home” outside of the UK, according to City University’s Professor Ronen Palan – and has reportedly avoided paying up to £20 million in tax because of this.

And following mounting controversy mounted, Murty’s non-dom status, she eventually agreed to begin voluntarily paying tax in the UK on all of her world-wide income.

Together, Sunak and Murty are the 222nd richest people in the UK, per the BBC. Though an investigation back in 2020 found that he did not officially break any rules, Sunak failed to declare a significant amount of his family’s financial interests when he become Chancellor – including a £1.7 billion shareholding in Infosys, the company founded by Murty’s dad.

And so, the question is just how wealthy is Sunak’s wife, and how did she make all those millions in the first place?

How Akshata Murty Makes Her Millions

Though Murty started her career in the corporate world — working for Big Four accounting firm Deloitte and the consumer goods company Unilever — she swapped finance for fashion when she set up her own label Akshata Designs. Focused on collaborating with artists from remote areas in her home country of India, she was featured as a designer in Vogue India back in 2011. “Ever since I was a little girl I have always loved clothes. My mother, a no-nonsense engineer, was always baffled why I would spend so much time creating different outfits from my wardrobe,” she said.

“I understand that there may be some curiosity around what I’m doing given my parents’ achievements, but I hope that one day this business is able to stand on its own feet and I’m able to speak on its merit rather than anything else,” she told the Times of India as she founded the business in 2009. “This is my passion and I couldn’t imagine being engaged in anything else but the business of this venture.”

Murty is also the owner of Catamaran Ventures UK, a company which invests in new start-up businesses “with the view to future capital growth and income distributions.” Before going into Parliament as an MP, Sunak transferred his shares in the company to his wife, making her the sole owner.

As well as being at the helm of Catamaran Ventures UK, Murty owns stakes in at least six other companies, including nannying agency Koru Kids, gym chain Digme Fitness, and pricey men’s outfitter New & Lingwood. She’s also listed as a director of her brother Rohan Murty’s business, Soroco.

Mostly, it helps that Murty’s dad, Narayana Murthy, is a billionaire tech entrepreneur with an estimated net worth of $3.6 billion. Founded in 1981, Infosys provides all kinds of IT services, and is now one of the largest companies in India – and Akshata Murty’s 0.91% stake in her dad’s business nets her hundreds of millions of pounds.

Sunak claims that his father-in-law started the company from “absolutely nothing” with an investment of £100 from his wife. Murty is from a middle-class background and has a Masters degree from the Indian Institute of Technology Kanpur. Earlier in 2022, Infosys came under public pressure to stop all its operations in Russia after President Vladimir Putin mounted an invasion of Ukraine, and it later closed down its Moscow office.

What Is Akshata Murty’s Net Worth?

Brace yourselves. Murty’s various business ventures give her a net worth that far outstrips the riches of our very own Queen. Her stake in Infosys alone nets her an estimated £690 million, while in the year ending 2020, Catamaran Ventures UK reported profits of over £226,000. Together with Sunak, she owns a handful of lavish houses including a five-bedroom Kensington house (worth an estimated £7 million) a North Yorkshire manor (worth around £2 million), and a £5.5 million California penthouse.