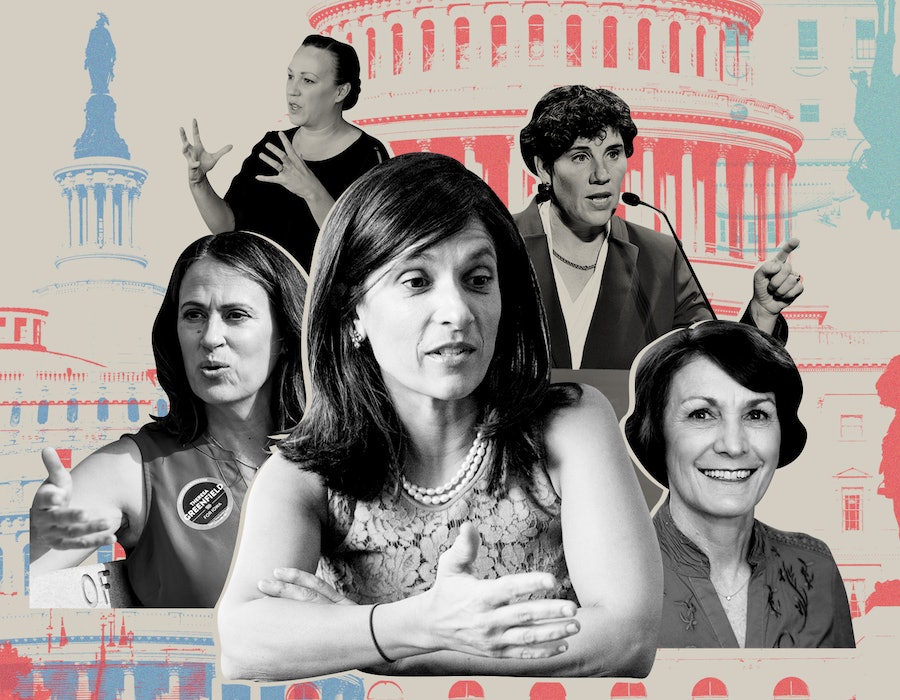 MJ Hegar didn’t intend to run for the U.S. Senate. Two years ago, the Texas Democrat narrowly lost a race for the state’s 31st district, coming within 2.9 points of Rep. John Carter. The race, her first foray into political life, had been taxing on her family. She had two children under the age of 5. On the campaign trail, she’d explained to Jude, her eldest, that “Mommy was fighting a bully” — the “bully” being a federal government that supports special interests over American families, she tells Bustle.

They were on a local playground after the 2018 midterms when a bigger kid shoved her younger child to the ground. Jude responded in stride, yelling at the bully, then hugging his brother. “It brought a tear to my eye,” Hegar says. Jude asked his mother whether she was done protecting them, since she wasn’t running for office anymore. “I was like, ‘Holy sh*t. No, I am not done protecting you,’” she says. His question forced her hand. She entered the Senate race.

In the weeks since Supreme Court Justice Ruth Bader Ginsburg’s death, pollsters and pundits alike have focused on the U.S. Senate races, as the chamber is responsible for confirming judges, including Judge Amy Coney Barrett, President Trump’s nominee for Ginsburg’s seat. Republicans currently control the chamber by a margin of 53-47. If Joe Biden wins the presidency, the Democrats would need a net gain of three seats to flip the U.S. Senate. If Trump wins, they would need a net gain of four.

Next month, Hegar faces an uphill battle against Sen. John Cornyn. If the Texas seat flips, it would give Democrats their best chance of grabbing majority rule in the chamber. On Sept. 28, after a Data for Progress poll found her just 2 points shy of Cornyn, she raised more than $300,000 in 10 hours. Hegar joins four other Democratic women facing tight races: Barbara Bollier (Kansas), Sara Gideon (Maine), Theresa Greenfield (Iowa), and Amy McGrath (Kentucky).

Dr. Barbara Bollier was a lifelong Republican until 2018. Now, the former anesthesiologist and state legislator is hoping to become the first woman physician in the U.S. Senate, and she's in a tight race against Rep. Roger Marshall. “In recent years, I have had to come to terms with the fact that the Republican Party I was raised believing in ... had changed beyond recognition,” says Bollier, 62, who's prioritizing issues like public schools and expanding Kansas' Medicaid program. “I decided I could better represent my constituents as a pragmatic, moderate Democrat. My values never changed, but the party did.”

After eight years as a Maine legislator, Gideon is running against the only Republican senator from New England: Sen. Susan Collins. Their race is the most expensive in state history, with the candidates collectively raising more than $40 million. It's widely seen as a referendum on Collins, who drew criticism after supporting Justice Brett Kavanaugh's Supreme Court nomination. Gideon, 48, has a narrow lead in recent polls, and has received endorsements from many groups — such as Planned Parenthood, the Human Rights Campaign, and Everytown for Gun Safety — that had previously supported Collins.

“I became a widow at the age of 24, with a 13-month-old and another one on the way,” Greenfield tells Bustle. “Social Security and hard-earned union benefits — along with friends, family, community — kept us out of poverty. The Des Moines real estate developer, who's never held public office, is prioritizing safety nets like Social Security. She’s challenging Sen. Joni Ernst, who’s been criticized for voting with President Trump more than 90% of the time. Greenfield, 56, decided to run after hearing Ernst float the idea of privatizing Social Security. “I’ll work together with anyone — Democrats, Republicans, and Independents — to get results for Iowans,” she says.

“When I was 7 years old, I wanted to be Han Solo,” says Hegar, an Air Force veteran who served in the military for 11 years. “I wanted to fly, and to do the Kessel Run in 12 parsecs. That's why I wanted to be a combat pilot.” In 2012, Hegar, now 44, joined a lawsuit aiming to lift a ban on women serving in combat positions, among other things. “People said, ‘We can't change 200 years of military tradition.’ And I said, ‘Yeah, we can.’” Her Senate campaign is fighting for reproductive rights, environmental protections, and improving the Affordable Care Act.

McGrath, a former Marine fighter pilot, is challenging Senate Majority Leader Mitch McConnell for his seat. “He has broken what once was the world’s greatest deliberative body,” she tells Bustle. Like Hegar, she ran for the U.S. House of Representatives in 2018, losing by 3.2 points to Rep. Andy Barr in her first race for elected office. She decided to run again due to the “constant dysfunction, partisanship, [and] the inability of the Senate to get anything done.” Her campaign's fundraising puts McGrath, 45, in the top tier of Democratic hopefuls, having raised more than $45 million.