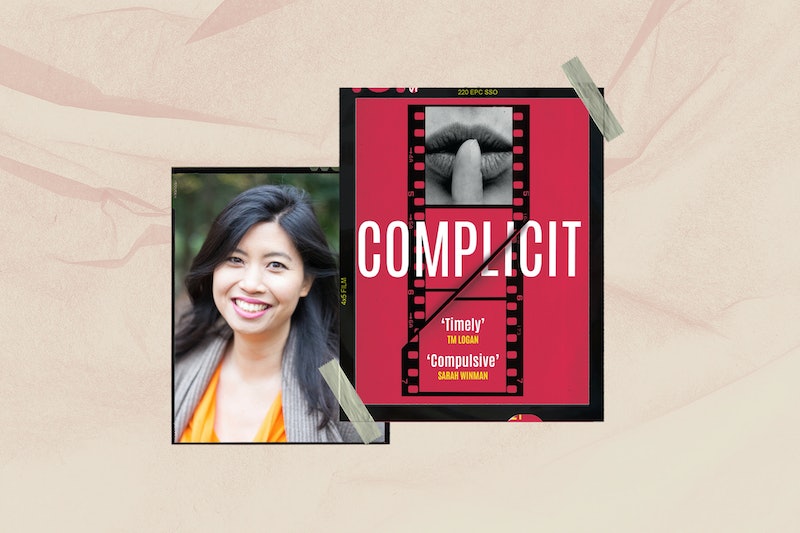 When I learned a few weeks ago that Harvey Weinstein will be charged for indecent assault in London, my first thought was: “Good. He needs to be held accountable.” My second thought was: “Actually, that’s not good enough.” Those assaults took place in 1996, and in the intervening years how many other women had Weinstein assaulted and traumatised? From my own years working in the film industry (and later, as a sexual violence survivor and activist), I can tell you that it’s not just one man who is responsible for an entire business steeped in the exploitation of young female labour. Misogyny pervades the whole industry and it will take eliminating more than one predator to create a safer, more equal workplace for young women.

I started in working in film as a 23-year-old fresh out of postgraduate school. I was eager, I was ambitious, I was obsessed with movies. I was happy to work for no pay, with only travel expenses covered, because I knew this was my proverbial foot in the door: a chance to work in an industry that seemed so mystified and unreachable.

Over the next few years, that dream of filmmaking slowly became attainable. I gave script notes to writers, I wrote press releases for our films, I arranged casting for our production company. This involved auditioning a pre-Marvel Tom Hiddleston (and not giving him the part), and offering a young Felicity Jones her first feature film role. I even attended the Oscars in 2006 when our short film was nominated, and I witnessed the glamour of the red carpet up close, in all its heady, manufactured glory. (It’s never as glittering as it appears on screen.)

Misogyny pervades the whole industry and it will take eliminating more than one predator to create a safer, more equal workplace for young women

In retrospect, this all sounds exciting – and it was for a movie-mad twenty-something woman. But looming over all this was a distinct awareness of male power. Though I was lucky to have a female boss who respected my work, I was very aware of a larger culture where women’s and men’s contributions were valued differently. How women so often were rated for their looks and their willing diligence. And men for their artistic potential and skill.

There were always small incidents, which accumulated to a constant diminishing of you as a young woman. Once I was asked to perform orgasmic noises for a soundtrack recording, because I was the only woman around at 1 a.m. (which was the only time of day we could get the studio for free). I complied, of course, and moaned dutifully into the microphone, but I was uncomfortably aware of being a lone young woman, simulating sexual pleasure in a Soho recording studio late at night, as four older men watched and listened. If I had said no, I would have angered our male director.

Of course, casual sexual harassment was part and parcel of an industry where so much professional networking took place after-hours at parties and screenings. You had to gamely fend off invitations to older men’s hotel rooms, an inappropriate hand placed on your bum, or a messy, unwanted kiss planted square on your lips. These were daily occurrences – at the time, I normalised them as merely “annoying.” And I put up with it all, because I nurtured that dream of making movies.

And then in 2008, my own rape happened. It didn’t take place in the context of the film industry, but nevertheless, it ended my life as I knew it. The Post-Traumatic Stress Disorder, anxiety, and depression made it impossible for me to maintain my heavy workload – and so I reluctantly left the film industry, even though I was on the verge of producing my own feature film. I never returned to producing.

In the intervening years, as I embarked on the slow journey of recovery from sexual violence, I began to see the industry in a different light: how precarious and informal the employment arrangements were, when the work itself was so demanding, even demeaning, for a woman. I realised how hard work could lead to exploitation, especially when the pay was so low – and I was too young to know my own worth or to speak up about it.

And I realised that exact inability to speak up (because you were eager and perhaps naïve), paired with the extreme power imbalance between authoritative men and junior women – created an unchecked work environment where sexual abuse and misconduct could all too easily occur. With no consequences for the perpetrators, but plenty for the victims.

I’ve channeled all these experiences into writing my latest novel Complicit, a mystery seen from the perspective of Sarah Lai, who is often asked to “look the other way” as she pursues her filmmaking dreams in a male-dominated world. But the spark for writing Complicit came from the first public Weinstein allegations in 2017, when the outside world was starting to learn of the industry’s rampant misogyny. At last, I thought, there will be some form of justice.

What about the numerous other predators in this industry (and other industries), whose destructive mistreatment of young women has not been held to account?

Now it’s 2022, and Weinstein is finally being charged by the Metropolitan Police for assaults on a woman twenty-six years ago. To me, this is a joke. What about all the other women, whose lives were damaged while Weinstein was allowed to continue abusing his power over decades? It’s not exactly intrepid to target a now-reviled predator who is already in jail. What about the numerous other predators in this industry (and other industries), whose destructive mistreatment of young women has not been held to account?

The film industry needs deep restructuring in order to be truly equal for women and men. Because it is a cultural loss if talented women find themselves phased out, unrecognised, even abused in a world that could benefit from their artistic and professional contributions. That’s why in Complicit, I wanted to celebrate the perspectives of women involved in the film industry, who may have had to conceal their own traumas, who demonstrate strength despite being victims, and who have stories aplenty to tell.

Complicit by Winnie M Li is out now in Hardback, published by Orion.

More like this
Meet The Young Leaders Fighting For Global Change
By Sam Ramsden
Talking About Mental Health In Sport Is Crucial, Says England Legend Karen Carney
By Sam Ramsden
Christina Aguilera Took A Powerful Stand At Brighton Pride
By Sam Ramsden
What The Lionesses’ Win Really Means For The Future Of Football
By Angelina Kelly
Get The Very Best Of Bustle/UK