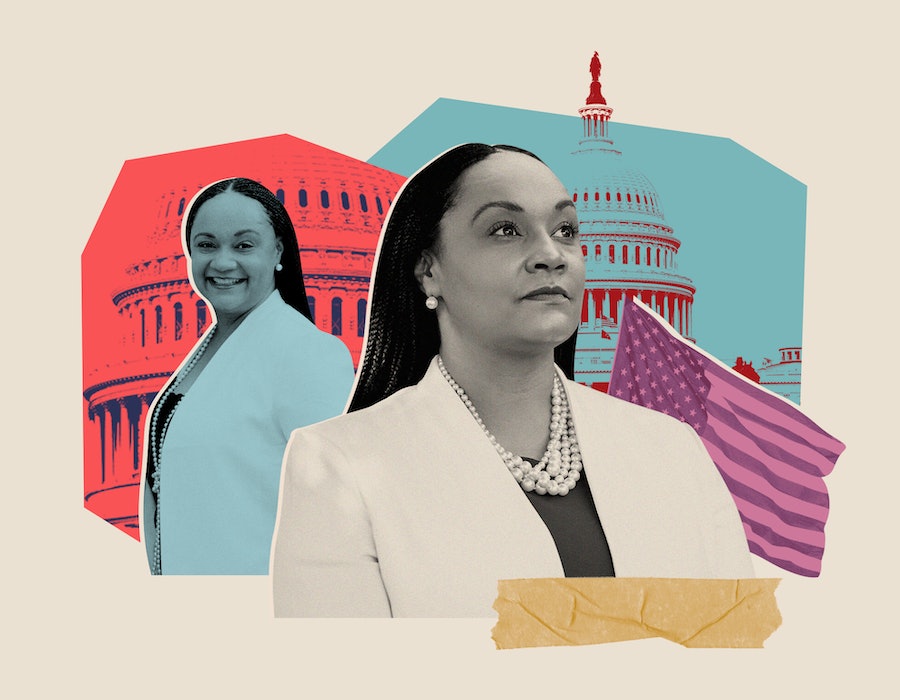 Georgia’s blue makeover this November was about more than 16 Electoral College votes. Control of the Senate — and, with it, President-elect Joe Biden’s ability to enact his agenda — depends on the outcome of two Jan. 5 Senate runoff races in the Peach State. The dual matchups of Democratic challengers against Republican incumbents will test Georgia’s longtime record of Democrats losing in such elections.

But as Congresswoman-elect Nikema Williams puts it, “If we don’t ever expect different results, why even have elections?”

The sitting state senator, who was elected to fill the late Rep. John Lewis’ seat in Georgia’s 5th Congressional District, has been an activist and organizer for 18 years, working on public policy with Planned Parenthood Southeast for a decade before becoming the first Black woman elected to chair her state’s Democratic Party in 2019. Her experience has shown her the benefits of not making assumptions.

“I can’t tell you how many people told me I shouldn’t run, [who] told me that my background with Planned Parenthood was prohibitive,” Williams, 42, tells Bustle, a nod to the South’s historical conservatism on reproductive rights. “But look what just happened. We just flipped Georgia blue.”

As she sees it, what happened in Georgia the first week of November wasn’t a fluke; it was a bellwether for what’s to happen come January. “The whole balance of the Senate will ultimately be about voters in Georgia realizing their power [as they did in the general election] and showing back up,” she says.

Bustle caught up with Williams to talk about representation, intersectionality’s role in politics, and the importance of breaking expectations.

How do you feel about having all eyes on Georgia right now?

I am thrilled the rest of the country is finally catching up to see what I’ve said all along — we are a battleground state when you invest the resources. But this isn’t an overnight success story. People are like, “Can you come and do a training on how we can flip our state next year?” It takes investment. Local leaders on the ground have been doing the work here, but it takes money to do it to scale.

From your experience leading the state Democratic Party, what can you share about how this flip happened?

The party allowed me to lead and challenge so many things we’ve seen historically in Democratic politics. I was very clear about who I am. We all bring our lived experiences to this work, and I do that as a Southerner, a woman, a mom of a 5-year-old, and as an advocate. I wanted to reach out to voters who felt unseen and unheard. Black women are the backbone of the Democratic Party and are no longer willing to sit on the sidelines. We saw that when Stacey Abrams stepped up to run for governor here and in the leadership she’s shown in changing the landscape of the state. But she’ll say it’s not about one person or election cycle, but about giving power back to the voters.

As a longtime organizer and female politician, what resonates with you most about the general election?

When I was first thinking about running for state Senate, people told me to run as “Nikki” and not Nikema because if I did, people wouldn’t vote for me. If I were Nikki, no one would know I was Black. But now we have a Black woman, Kamala Harris, who is going to serve as vice president. We have never even had a woman in this job, but now we’re going to have a Black woman? I think about what it means for the little girls who have been told they couldn’t do certain things because of their name or color of their skin. And she was an HBCU grad! She was a member of my same sorority!

Can you speak about how intersectionality played into flipping Georgia?

Voters showed up in Georgia in the aftermath of Gov. Brian Kemp signing the 2019 six-week abortion ban, and then they did not go away. It reminded people that women show up and vote out people who impact our well-being and health care.

We can’t just look at these issues every four years. Voting is the vehicle to get legislation and policies that affect our everyday lives. That’s why I don’t see this election as just a repudiation of Donald Trump, but about giving power to people. When voters understand that this isn’t about one elected official but about addressing a host of intersectional issues, that’s when things change.

What do you want to make sure people outside of Georgia know as they zoom in on our state for the next month?

People need to understand that Democratic voters in Georgia typically don’t come back out to vote in runoffs. But we are breaking all the norms in this election. No one ever expected us to turn blue. If we don’t ever expect different results, why even have elections?

More like this
Romance Authors Are Mobilizing For Reproductive Rights
By Natalia Perez-Gonzalez
Chelsea Clinton On The Best Advice She Ever Got From Her Mom
By Brianna Kovan
Megan Rapinoe's Relaxation Hack Is Super Dreamy
By Carolyn Steber
Constance Wu On Self-Doubt, Family Drama, & Her Sister's Unwavering Support
By Constance Wu
Get Even More From Bustle — Sign Up For The Newsletter