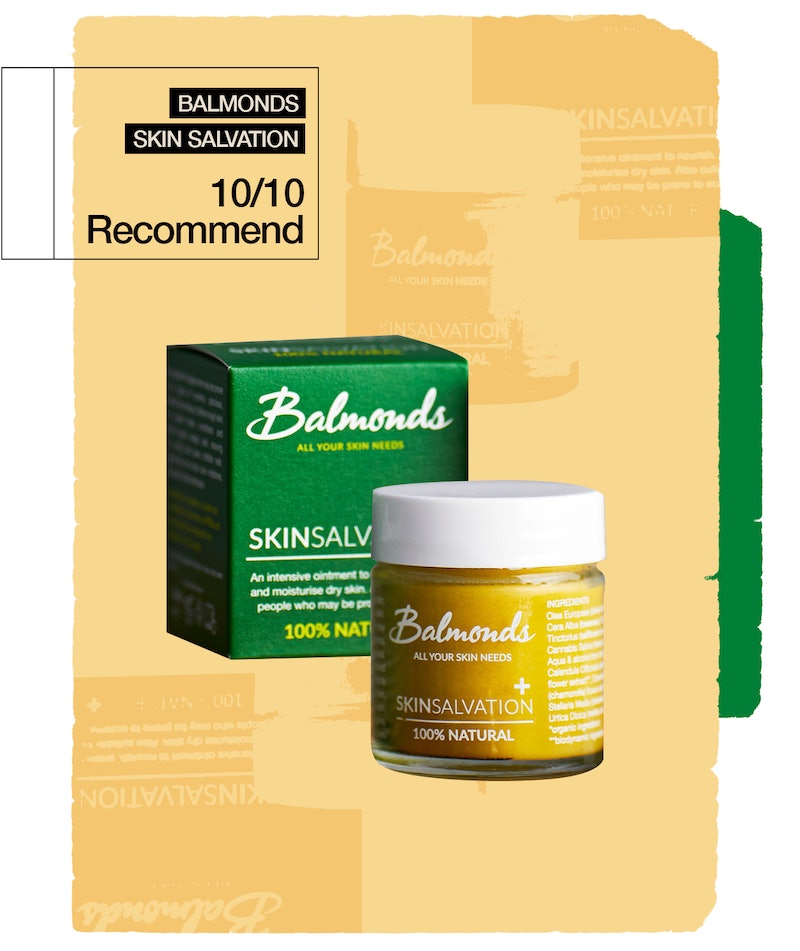 When I first heard about Balmonds Skin Salvation being a wonder product for hay fever sufferers, I let out a deep, spiritual, negro sigh of relief. I have been a victim of hay fever since my childhood, and while I’ve tried every antihistamine under the sun – both over-the-counter and prescriptions, as well as the stronger stuff over in the U.S. – nothing has worked. What’s worse is that my hay fever doesn’t only impact me during the spring months or peak hay fever season (usually between late March and September), it affects me all. year. round.

Like Mean Girls’ Karen Smith, I, too, can predict when it’s going to rain thanks to my nose tingling one or two days before the heavens open. It’s from then that my allergies kick in and proceed to ruin my week. And despite arming myself with every medicine in my cupboards, I have to spend a few days in bed waiting for the dark clouds to pass. Still, the idea of trying a new product that promises to bat away my symptoms brings me hope that I will one day be able to curb the sneezing fits, and perhaps even have one evening a week where I can enjoy a good night’s sleep, snot-free. So I took the plunge and tried Balmonds Skin Salvation, which is also said to be an excellent multi-purpose balm. Read on to find out all the reasons why it’s become my go-to remedy.

Balmonds was first founded 20 years ago by Natalie Balmond when she needed to make a cream for her daughter, Lula, who had severe eczema. When she couldn’t tolerate over-the-counter or prescribed emollients on her very sensitive skin, Natalie was desperate to find something that worked, and turned to old recipes for natural balms and ointments. After experimenting, the Skin Salvation was born in 2017.

Skin Salvation contains a rich formula of beeswax, chamomile, hempseed, and olive oil, all of which help to soothe sensitive skin, as well as hydrate skin. The salve’s soothing beeswax also helps to reduce any redness or itchiness, and can be used all over the body.

For allergy sufferers, the Skin Salvation can be used as a skin barrier to block pollen particles from entering the nose. The brand recommends applying a fine layer around the eyes and just into the nostrils that blocks pollen from entering the bloodstream and triggering a histamine reaction. This is also a method that is recommended by doctors. Plus, the emollient also protects the eyes and nose from soreness from constant streaming, and helps to soothe itchiness and promote the healing process.

I like applying first thing in the morning after I’ve showered (and before I go outside), as well as at night before I go to bed. The balm can also be applied as many times throughout the day for maximum effect.

I’ve tried this method before with Vaseline and it hasn’t worked. But I’m really pleased to discover that this balm not only heals my sore and broken skin (from all the tissues I’ve plugged my nostrils with), it has helped with improving my hay fever and allergy symptoms. While it doesn’t eradicate my allergies altogether, it alleviates the amount of pollen working itself into my system, which means I’m no longer spending the day sneezing or trying to unclog my blocked nose. It goes without saying that using this method is particularly useful when combined with antihistamines, and staying indoors on particularly high pollen days.

The Skin Salvation has, as an added bonus, also been great for my allergy-induced eczema, which sometimes flares up during the summer months, as well as moisturising any dry skin after a shower. It’s not overly fragrant (obviously) and the balm is small enough to carry around with you if you do end up leaving the house, meaning you can apply it on-the-go if need be. I’m not surprised this miracle balm has raving reviews and would highly recommend.

Before I discovered this product, I managed my hay fever symptoms in the only way I knew how: crying through it. I would walk around the house – or wherever I was working – constantly itching my nose, blowing my nose, clogging my nose with tissue (to everyone’s disgust), and napping the allergies away. Now that I have been using Skin Salvation every day, my symptoms have been reduced significantly and I’m finally able to breathe. It’s almost as though this product has given me, if I can be a little bit dramatic, a new lease of life.

I will note that just like taking anti-histamines, you need to be consistent with applying the balm, especially as it does absorb into the skin. (Consistency is key.) And if it’s a particularly high pollen day, it’s best to apply often so that you are protected throughout the day to avoid pollen build up. But I’m so glad I discovered this balm, and I hope that other allergy and hay fever sufferers can reap the benefits, too.