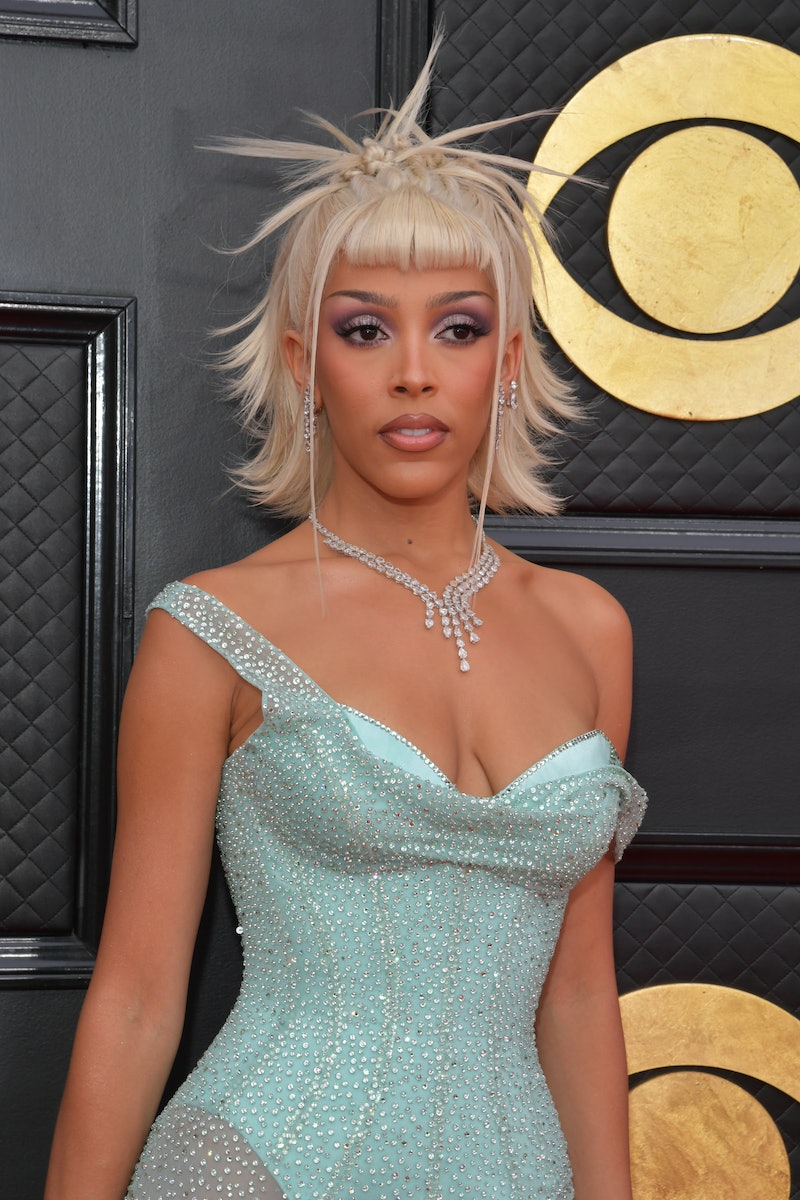 On Sunday, music’s biggest night kicked off with the 2022 Grammy Awards. But for fashion and beauty lovers, the real show started before any gold-plated record players were handed out, when the darlings of music strutted down the red carpet in an incredible range of jaw-dropping looks.

About those outfits: Pink proved to be the color of the night, especially on the men. There was, of course, lots of sparkle and plenty of skin, as well as memorable nostalgia moments and Old Hollywood glamour.

From rapper Doja Cat in ’90s princesscore courtesy of Atelier Versace and to Snoh Aalegra’s liquid-like silver sequin moment to Saweetie in a Barbie pink Valentino number and St. Vincent’s ruffled Gucci gown, the Grammys gave us plenty to gush about.

Rather than “Who are you wearing?” our new favorite red carpet correspondent Laverne Cox has been asking celebs, “What story are you telling?” And this awards season, your fave stars have been telling epic tales indeed. Don’t mind me if I’m still talking about some of these looks until next year’s Grammy Awards ceremony (I’m looking at you, Olivia Rodrigo). In the meantime, keep scrolling for the best-dressed attendees at the 2022 Grammys.

West Side Story actress Rachel Zegler hit the Grammys red carpet in a soft but edgy Christian Dior gown embellished with the most darling little bows.

Swedish-born singer-songwriter Snoh Aalegra graced the carpet in a silver sequined number with cutouts along the leg.

Doja Cat always understands the assignment. Rocking a corseted Atelier Versace gown, the “Say So” singer looked like she had just time traveled from 2002 — in the very best way.

Paris Hilton stunned in a totally sheer gown — finished with a tulle cape and a whole lot of sequins and jewels.

Chloe Bailey graced the Grammys red carpet in a silver sequined gown and cape, courtesy of Valentino, for a ’70s-inspired disco moment.

“I Hate U” singer Sza donned a curve-hugging strapless gown made with tulle and 3D florals.

Actress Cynthia Erivo brought the drama! She showed a little leg in a ruched silver gown courtesy of Louis Vuitton.