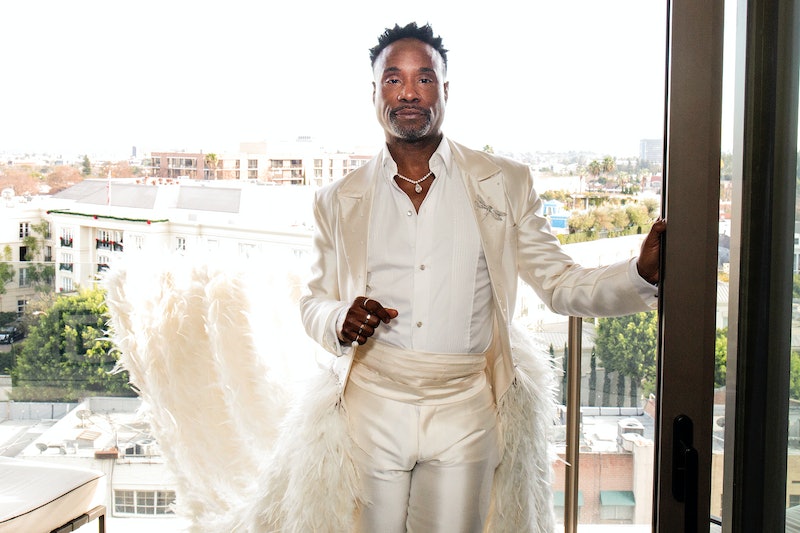 The 2020 Emmy Awards red carpet looks a bit different, but one thing hasn’t changed: Billy Porter’s look is amazing. The Pose star is a fixture during award season, and the virtual approach to this red carpet hasn't slowed the fashion darling down.

In a pre-show interview with E! , Porter appeared wearing a look that will look familiar to his fans. The actor donned a silver metallic suit by Christian Siriano that he originally wore to the designer's New York Fashion Week show. The suit was paired with black platform boots, a black button-down shirt, and a wide-brimmed hat.

Porter has a great relationship with Siriano, telling E! that the designer is, "the reason for all of whatever I am and whatever people think about me and my fashion." He added: "Christian stepped up and has worked with multiple times in the past." Porter's work with Siriano is legendary — think his famous tuxedo gown that ended up on Sesame Street.

Porter's outfit at the 2020 Emmy Awards also recalls another of his previous looks: his moving curtain hat from the 2020 Grammy Awards. While this year's headwear doesn't have the same bejeweled moving parts as his Grammys accessory, it's still just as eye-catching.