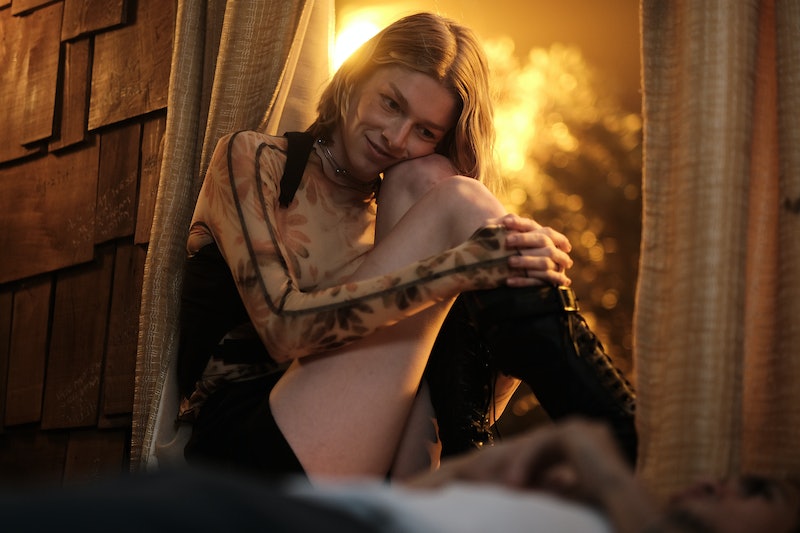 Yes, the beauty looks in Euphoria Season 2 are major, but the fashion? It is a step above. Alexa Demie’s character, Maddy Perez, alone has a walk-in closet that would make even the most stylish celebs green with envy. Bringing the cool underground lifestyles of the East Highland High School teenagers to sartorial life is the HBOMax show’s stylist, Heidi Bivens. How? With an influx of British fashion brands, including Claire Barrow, Palace, and Mimi Wade.

Bivens has already earned Emmy and CDG Award nominations for her work on season one, and clearly relishes in early ‘00s references. Much like season one, the costumes of season two feature a pick’n’mix collection of Y2K future nostalgia, body-con boob tubes, and skater boy sleaze core. Mixed with ethereal pixie-perfect fantasy and dainty diaphanous pieces, the show’s protagonists are peak fashion goals. Here is a growing tally of the British brands featured in Euphoria Season 2 thus far.