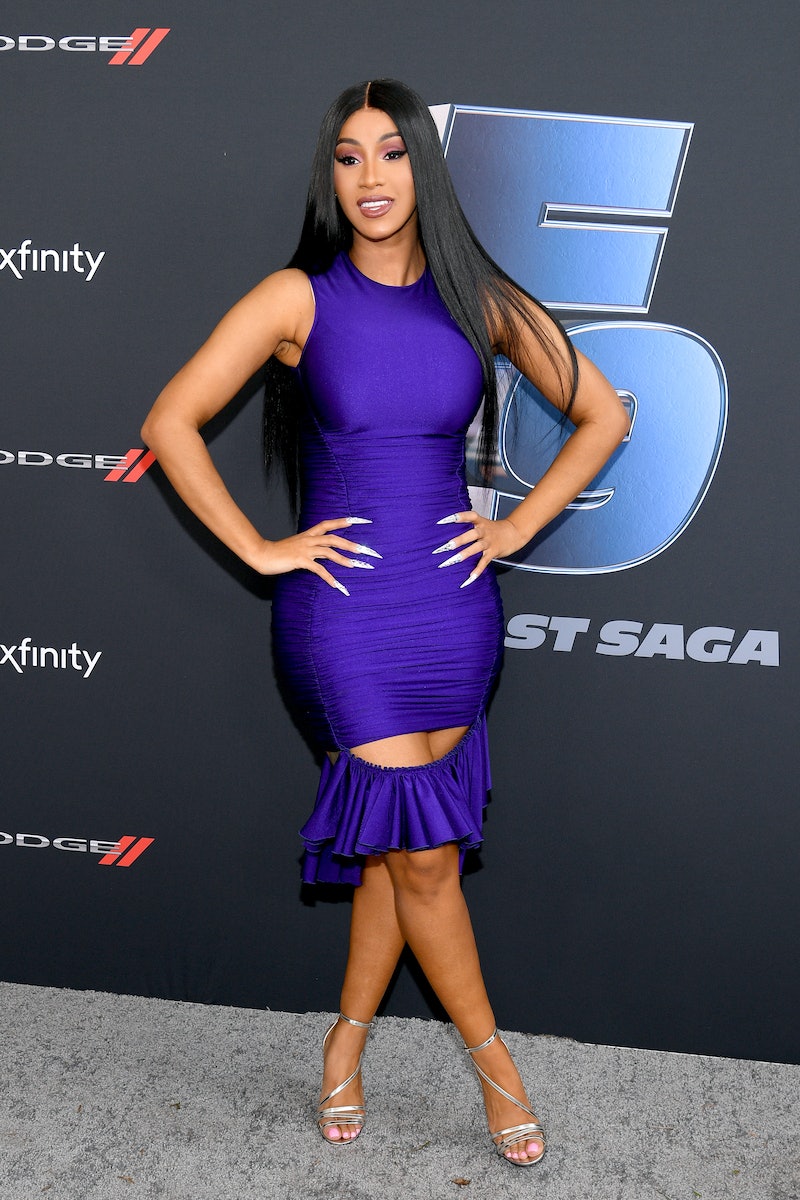 It’s official: Cardi B’s Bardi Beauty line could soon be coming to a store near you. And based on the legal documents, her fans will have a lot to look forward to: It appears as though the beauty company plans to include cosmetics, fragrances, hair care, skin care, and nail products under its umbrella.

As first reported by TMZ, the rapper trademarked “Bardi Beauty” on April 16. She’s had successful fashion partnerships with major brands such as Reebok and Fashion Nova over the years, but this will be Cardi’s first time making money moves in the beauty space. Her Instagram followers probably won’t be too surprised, though. On March 29, she revealed in the caption of a post that she had been creating hair products at home during quarantine and hoped to launch them later this year. Before that, Cardi took to social media to release the recipe of the DIY hair mask that she uses on her daughter Kulture.

It’s common practice for celebrities to file trademarks way before making an official statement about launching a beauty line. Rihanna’s company Roraj Trade, LLC sent beauty fans buzzing when they filed a trademark for Fenty Hair earlier in March 2021, and internet sleuths first learned of Selena Gomez’s Rare Beauty when she filed a trademark in 2019.

So when will Bardi Beauty officially launch? The rapper hasn’t set a date yet, so for now, it’s a waiting game.

More like this
The Best Beauty Looks Spotted At Paris Couture Week 2023
By Audrey Noble
Amanda Gorman’s Makeup Artist Breaks Down The Poet's 2023 Grammys Glam
By Olivia Rose Rushing
Kim K, Oprah, & Jennifer Lopez Celebrated 25 Years Of Anastasia Beverly Hills
By Olivia Rose Rushing
Pamela Anderson's Most Iconic Makeup & Hairstyle Moments
By Olivia Rose Rushing
Get Even More From Bustle — Sign Up For The Newsletter
From hair trends to relationship advice, our daily newsletter has everything you need to sound like a person who’s on TikTok, even if you aren’t.