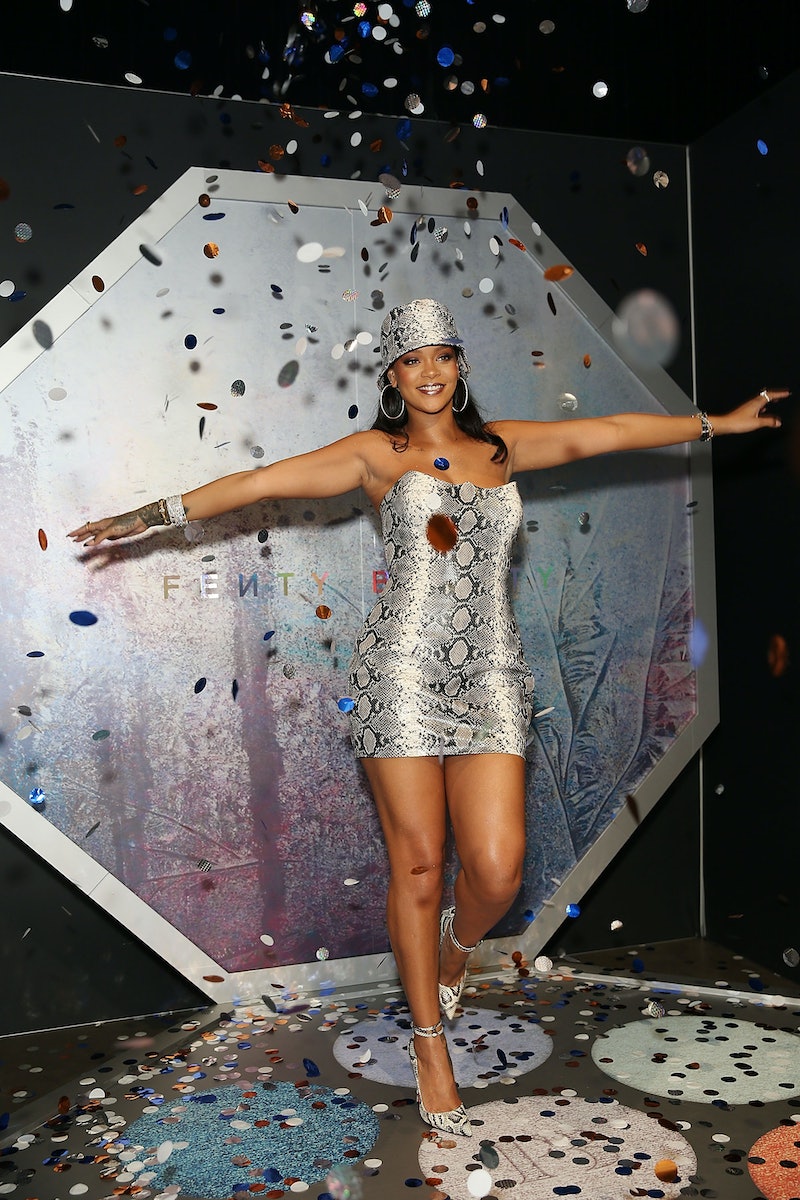 There’s no denying that Rihanna is a mogul. Between the wild success of her fashion line, Fenty Beauty, and Fenty Skin, pretty much everything she touches becomes a hit (that doesn’t even touch on her music). Now, her empire is expanding: Rihanna’s Fenty Hair range could be heading to shelves.

According to new court filings from Roraj Trade, LLC (Rihanna’s company), a trademark has been filed for Fenty Hair. Though Rihanna and her other beauty-based companies haven’t spoken publicly about a soon-to-launch hair care line, the trademark filings are for hair prep products, color, hairstyling, straightening tools, and even glitter. So if this news makes you excited, the trademark info indicates a high likelihood that something is on the way. Rihanna just became the first Black woman to own a cosmetics brand valued at $1 billion, too, so venturing into the hair category seems like a natural progression.

Trademark filings, like the one Rihanna’s company has made this March, are almost always giveaways for a star’s upcoming projects. News of J.Lo Beauty initially began back in Dec. 2019 when her trademarks were filed, and Selena Gomez’s Rare Beauty generated initial buzz (though under a different name) in mid-2019. Besides Rihanna’s purported beauty venture, Hailey Bieber is allegedly working on a beauty endeavor after filing a trademark for Rhode. And, just a few weeks ago, the internet was abuzz with news that a Kris Jenner-helmed skin care range is on the way after she filed for beauty brand trademarks.

When will fans hear more about Fenty Hair? Only Rihanna knows that, but hey, at least you know your hair will be in good hands if Rihanna’s at the helm.