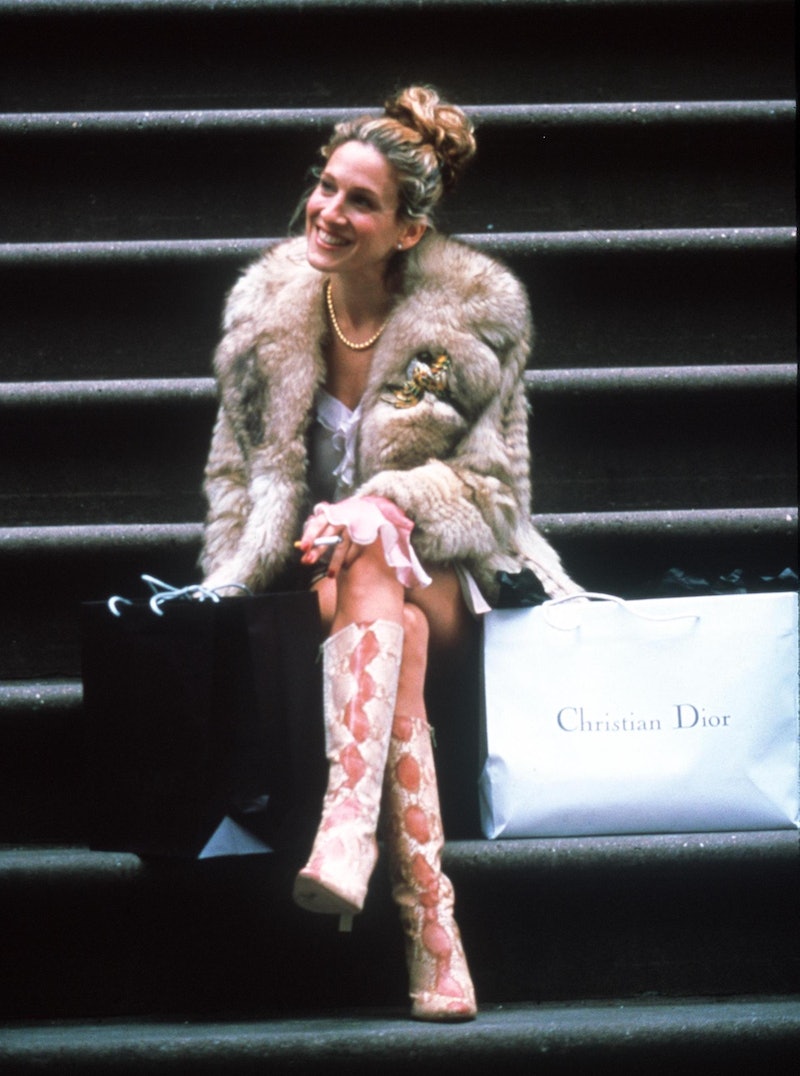 The premiere of And Just Like That… is just one day away, which means fans of Sex and The City are about to see what’s in store for the influential characters that have been wildly popular since the show first aired in 1998. While millions of viewers tuned in every Sunday to see what dating fails (and successes) the women would go through, they also undoubtedly watched to see the style inspo — from the Manolos to the dresses and, of course, Carrie Bradshaw’s hair.

Carrie’s impact on fashion is irrefutable. The columnist rewrote the rules of style and perpetually sported the most avant-garde apparel — including everything from fur coats to tutus and clashing patterns. While Charlotte, Samantha, and Miranda certainly had their moments, Carrie continually influenced through her ever-shifting aesthetic. And her changing fashion taste extended to her beauty look via her hairstyles: From blonde tendrils at the show’s debut to her curly bob in season four and bombshell blowouts in the final few episodes, there was seemingly no coiffure she wouldn’t try once.

To celebrate the return of everyone’s favorite girlfriends, keep scrolling for a look back at Carrie’s hair evolution.

More like this
The Evolution Of Hair Highlights
By Danielle Sinay
8 Chic Ways To Style A Pixie Haircut With Bangs
By Paris Giles
14 Hair Color Trends You’re Going To See Everywhere This Summer
By Danielle Sinay
2022's Top Wedding Hair & Makeup Looks, According To Pinterest
By Olivia Rose Ferreiro
Get Even More From Bustle — Sign Up For The Newsletter