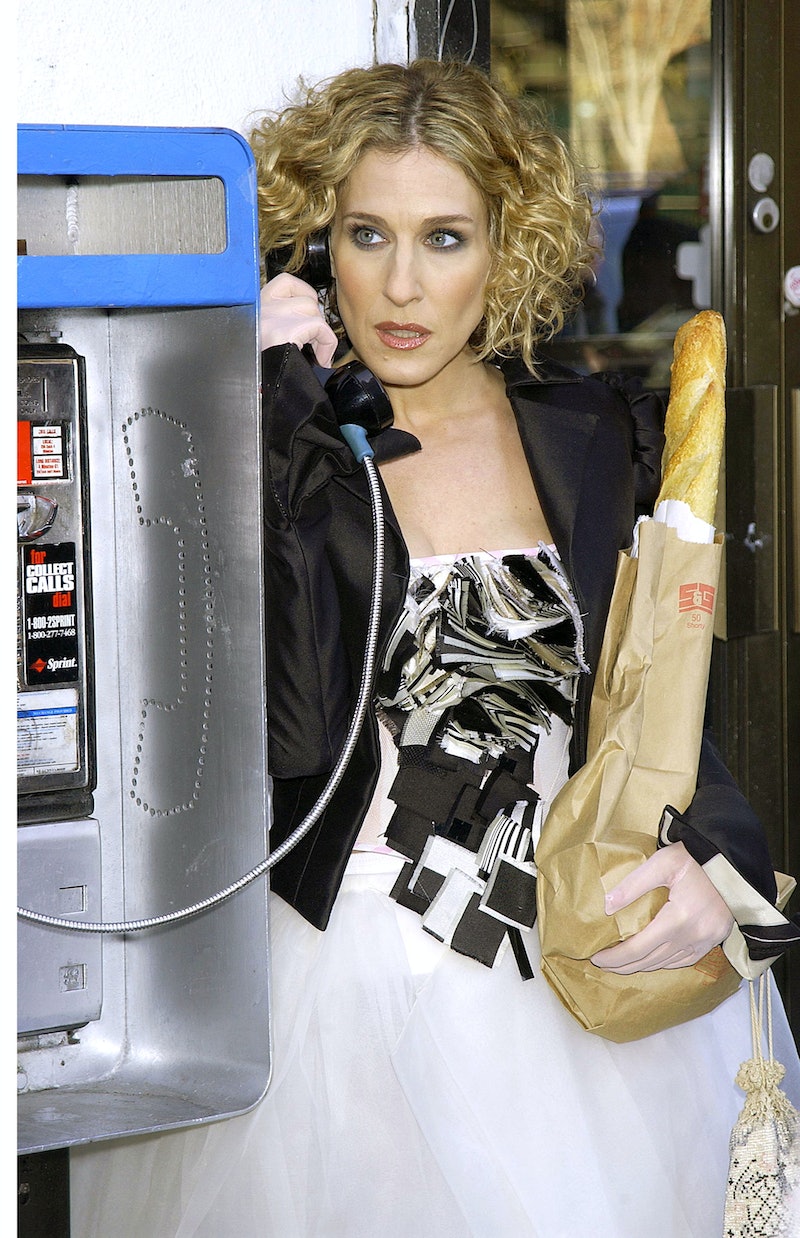 If Sex and the City was known for anything besides sex, it was fashion. The Manhattan foursome loved their designer labels, from Chanel to Hermès, especially when it came to footwear. The HBO show’s costume designers essentially made Carrie Bradshaw’s go-to brand, Manolo Blahniks, a household name in the late ’90s and early aughts.

Countless shoe-related incidents became storylines of their own throughout SATC’s six seasons, like the baby-shower controversy over a stolen pair of $485 shoes, which soon became a source of shoe-shaming. I mean, the gasp I gusped when Carrie stepped in dog poo while traipsing the streets of Paris in white Louboutins. It was a fashion nightmare and also a deep-seated fear of mine.

Below, take a look through 15 of my favorite Carrie Bradshaw shoes from the 94 SATC episodes, two feature films, and series reboot.

More like this
15 Of Carrie Bradshaw’s Best Handbags From Sex & The City
By Dominique Norman
The 'Scream 6' Trailer Shows Off Hayden Panettiere's Return & Ghostface In NYC
By Jack Irvin and Jake Viswanath
Miss Thailand's Soda Tab Gown At The Miss Universe Pageant Had A Special Meaning
By Brad Witter
At 28, Rosie Perez Risked Her Career To Stop Playing Stereotypes
By Gabrielle Bondi
Get Even More From Bustle — Sign Up For The Newsletter
From hair trends to relationship advice, our daily newsletter has everything you need to sound like a person who’s on TikTok, even if you aren’t.