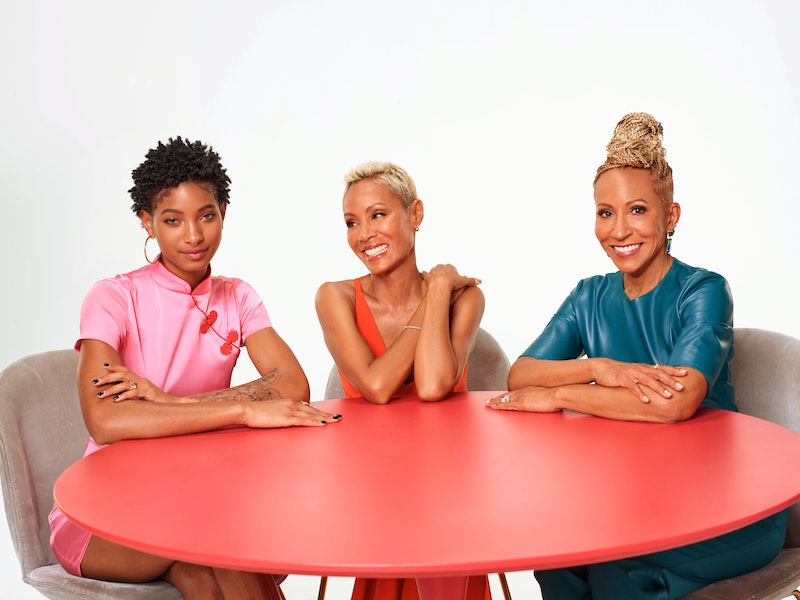 Usually, the hosts of Red Table Talk — Jada Pinkett Smith, her mother Adrienne Norris (better known as Gammy), and Willow Smith — unpack deep-rooted emotional truths that leave audiences reeling, and often in tears. However, in the show’s newest episode, the generational trio traded in a powerful conversation around that infamous red table for something a little more adventurous. While sitting at the table, Pinkett Smith surprised the women by announcing that they’d soon be getting matching tattoos by world-renowned tattoo artist Dr. Woo. After a brainstorming session, Willow suggests they each get a lotus flower tattoo to represent purity, rebirth, and spiritual enlightenment.

Though Pinkett Smith is a tattoo newcomer, Dr. Woo is a seasoned vet. The sought-after artist has been a master for over a decade and has inked celebs like Justin Bieber and Miley Cyrus. Known for his incredibly intricate work, Dr. Woo works with one tiny needle, instead of using a traditional tattoo needle (which combines about eight).

Because this is still Red Table Talk, the trio had to make sure they had a deep meaningful conversation (and you can catch an exclusive sneak peek of it below). The Dr. Woo opened up about his Chinese heritage and how his parents’ initially disapproved of his “untraditional” career. “They were like ‘we didn’t immigrate to the U.S. for our son to become a tattoo artist,” Woo explains. “But they came around. They understand that success isn’t determined or defined by the social standards of it.”

Taking the conversation to an even deeper level, Pinkett Smith asks Dr. Woo about the anti-Asian hate that’s been plaguing the country. He explained being somewhat oblivious to the extent of racism until the rise of anti-Asian hate and specifically, a racist incident involving his kids in a grocery store. “We have to work together against White supremacy,” he says of how we move forward. “It’s the common enemy.”

In the end, the three women’s put their tattoos together and beamed. The shading and intricacy of the tats are unsurprising flawless — see for yourself when the full episode drops on Facebook Watch.