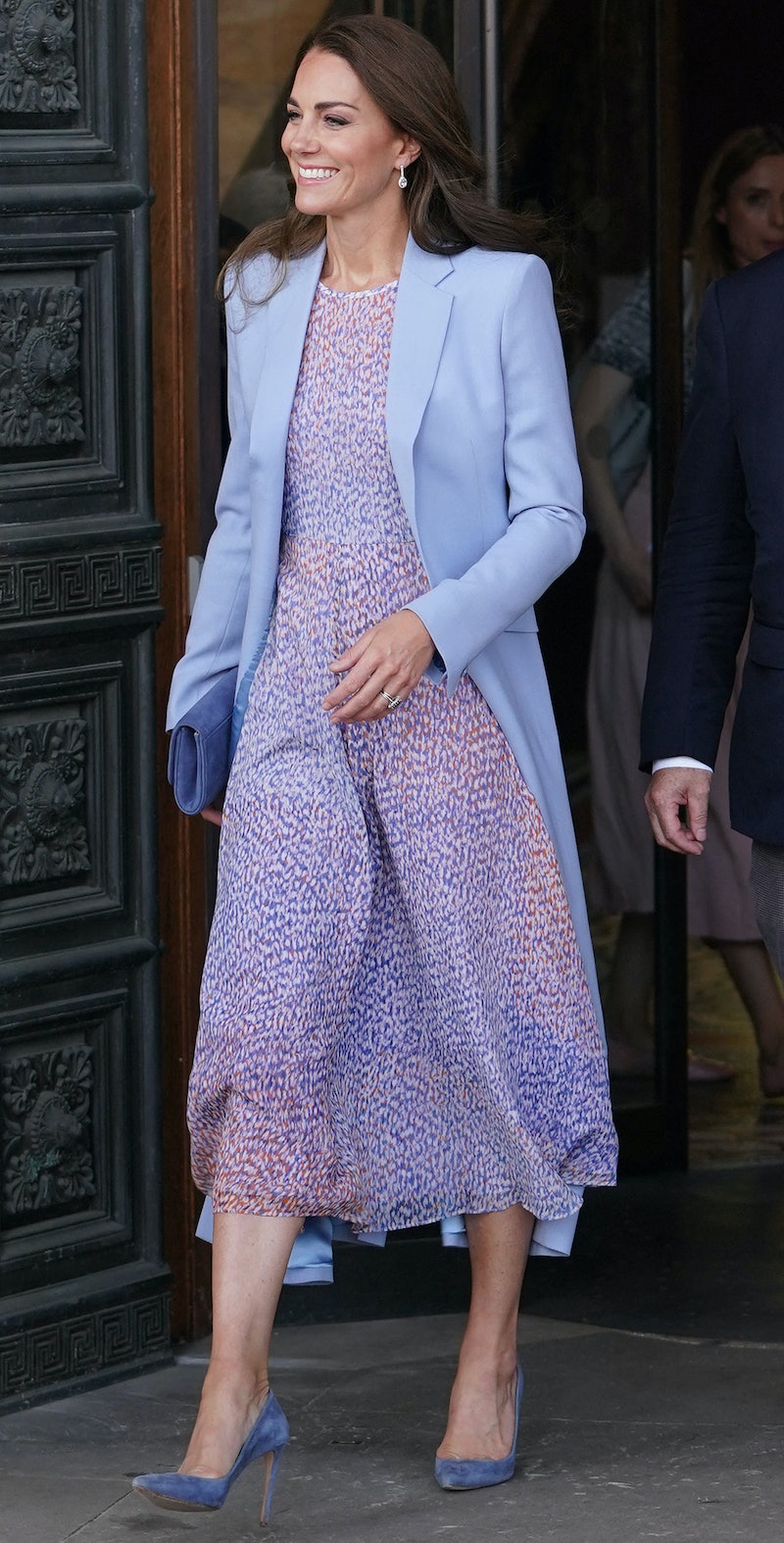 The last pair of shoes you’d want to wear during a heatwave are stilettos. Or any heels, for that matter. But as a senior royal, wearing heels whatever the weather comes with the territory. Having worn high-heeled shoes during long and arduous events, Kate Middleton has mastered the art of staying comfortable by using a few “stylist tricks” to avoid the aches and pains that come with wearing heels.

Speaking to Insider, royal etiquette expert Myka Meier reckons Middleton’s secret weapon is Barely There Ladder Resist Non-Slip Tights from John Lewis. The £6 pair of tights have gel strips attached to the bottom to give your feet extra stability while wearing heels. While it’s not been confirmed that the royal wears these exact pair of tights, Footwear News noted in 2017 that you could see the non-slip grips in a photo of Middleton wearing a pair of Tabitha Simmons heels during a 2011 royal tour in Canada.

Meier also believes that Middleton often pairs these tights with a leather insole for double non-slip protection, namely those sold by luxury insole brand Alice Bow. The insoles, retailing at nearly £19, are padded for extra comfort and designed not to be “too bulky” in heels. They’re also shaped at the front so you can wear them with open or closed shoes. According to Vanity Fair, an unnamed source said Middleton “thinks they’re great.”

Despite Middleton wearing heels for the majority of royal events that she attends, she does wear more comfortable footwear on occasion. “We have seen the Duchess of Cambridge in sneakers and flats at more casual or athletic-themed events,” Meier noted. “She has also worn open-toe, strappy heels to evening events.”