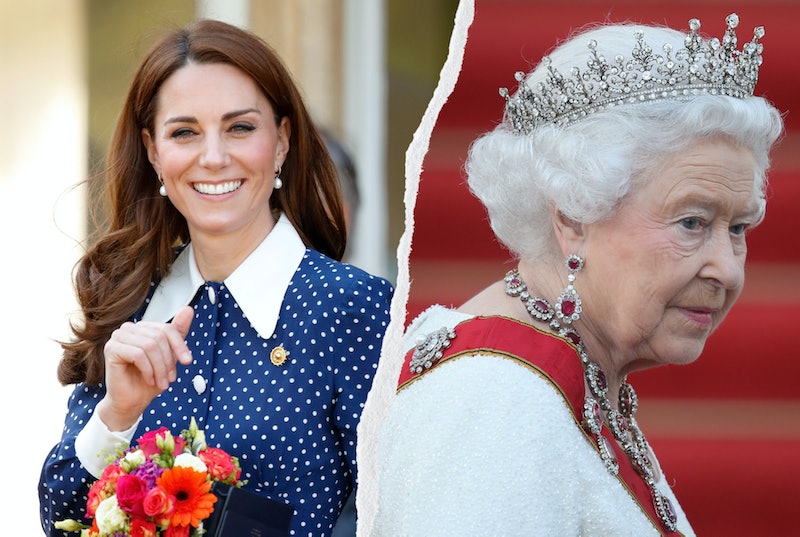 The British royal family is one of the most highly-photographed in the world. Queen Elizabeth, Princess Diana, Kate Middleton, Meghan Markle, and more are the focal points of events on a near-daily basis. And when they're on royal duty, they have to look tailored and presentable, but also anticipate and avoid any possible wardrobe malfunctions or bad photographic angles. That's where royal style hacks come into play.

The royals are expected to adhere to a long list of style rules, whether it’s wearing tights with dresses no matter the season, making sure their nail polish is an understated flesh tone, or not being allowed to remove any outerwear in public, even if the weather changes. As such, not only is it a feat just to get dressed, they’ve also amassed quite the arsenal of style hacks that they all swear by to make the aforementioned restrictions easier to follow.

From weighted hemlines to hidden hat combs, the carrying of clutches and use of hairnets, they’ve got countless tricks up their well-tailored sleeves. Ahead, find the top style hacks all royals use on a regular basis. You might just want to add a handful of them to your everyday routine, too.