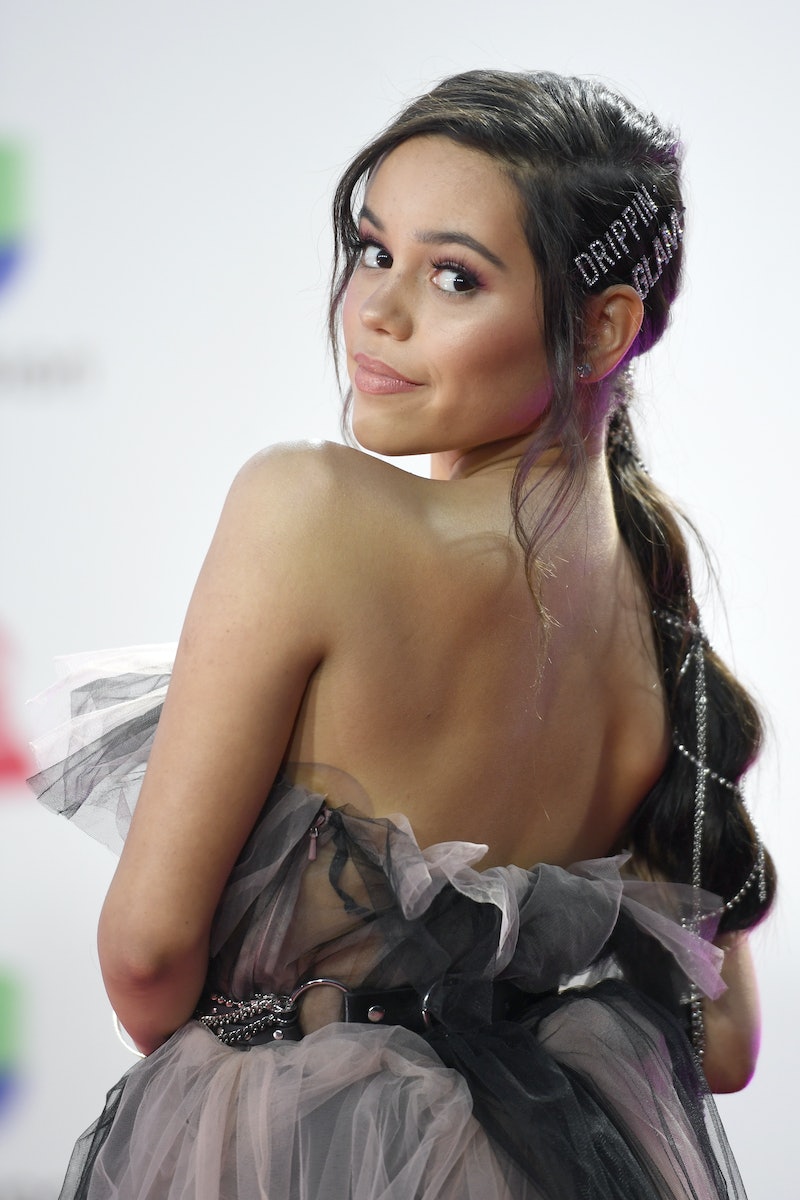 Jenna Ortega — the actor most recently starring in the anticipated 1970s-era slasher film, X, as well as The Fallout, a tragically thought-provoking story told in tandem with Maddie Ziegler — is primed to be the horror genre’s go-to scream queen. With her upcoming leading role in Wednesday, a limited series à la Netflix centered around the eldest Addams Family sister, she is the third actor to ever portray the beloved character (and many are eagerly awaiting the release, promised to drop later this year).

And while the 19 year-old Gen Z muse and Neutrogena ambassador has her feet firmly planted in the world of film and television, she openly admits to me that she’s still figuring it out when it comes to her self-care and wellness routines ... Though that being said, the California-born Latina does have some tried and true tips when it comes to her hair care — and her healthy, espresso-brunette tresses are a sure testament to that statement.

Looking radiant and bright-eyed (even on Zoom), I chatted with Ortega about her hair care secrets, approach to beauty, and current wellness routine.

When did you first become interested in beauty and hair care?

I think a big part of it was my mom, [mostly] because she’s always emphasizing the importance of self-care. I also started in the [film] industry pretty young, so I was doing headshot photoshoots and putting on makeup for the first time. I felt very feminine and [wanted] to take it all in as much as possible.

I have an older sister who is also really into skin care and makeup. She only ever used Neutrogena products, which makes [being the brand’s ambassador] so full-circle. I did that ‘little sister thing’ of copying everything she did, like washing my face or using a spoolie brush to pretend like I was putting on mascara.

Seeing the women in my house before me do [their beauty routines], it was something that came naturally to me.

I'm sure your hair is taking constant damage from styling and heat tools — how do you detox and take care of your hair after long set days?

It’s funny you say that, because the job I was working on recently [involved] a lot of dirt, grime, [fake] blood, and wigs — so my hair was going through a lot. [My hair] was dyed black, I was in Romania, so it was cold and snowy ... but I just got back [home] and did a bunch of treatments to take care of my hair, and took out the black [dye].

Recently, I’ve been using the new Neutrogena Healthy Scalp Shampoo and Conditioner. It’s really good for summer and protects against the UV rays — and because I just worked seven months on that [project], it’s important that I be as kind to my hair as I possibly can. I also try not to put heat [on my hair].

Something else I’ve been doing recently is trying not to wash my hair so often because I’m used to washing it every single day. I naturally have fine hair and it gets oily [quickly], so I’m trying to train it a bit.

What is your favorite way to style your hair lately?

With my hair, I either leave it down or put a hat or a beanie on.

I [prefer] the way my hair looks down, but it’s also nice to keep it out of my face — especially with these bangs getting in my eyes all the time. I’ve been wearing it half-up, half-down in a little bun because it’s easy and quick, but my bangs are always kept down.

Many actors have to keep their look somewhat the same for recurring roles or film projects they are in — but, if you could do anything you wanted to your hair, what would it be?

I’m not too attached to my hair — they can do whatever they want to it [for particular roles], and I would be down for anything.

I always consider color, especially because I get bored of my naturally dark hair — but to do anything else would be really damaging because I’d have to bleach it first, so that worries me a bit. But I’m kinda down to do a really short cut, almost like a boy cut. I think that would be really fun and different for me, and it would [feel] refreshing — and then I’d get to live out all of the awkward stages in between.

On those self-care days off, what is does your wellness routine look like?

This is such a difficult question because I feel like I’m still establishing that in my life. I’m in that awkward transitional phase where [I’m] a full adult now. Something that I’ve recently taken up is pilates. It makes me feel really good and I feel [the burn] the next day.

I do drink a lot of juices, and if I can juice my own stuff, I will. I’ve recently become dangerously obsessed with ginger if that’s possible, where it has to be in every meal and I take my shots [of it] in the morning — I like the burn.

I try to go on walks and I do face masks if I can. I’ve never really been a bath person, but I love a nice hot shower, and [I try to] get to bed early because I’m really awful about my sleep.

And reading. I don’t read as much as I used to, [but] I realize I’m happier when I’m actually learning something.