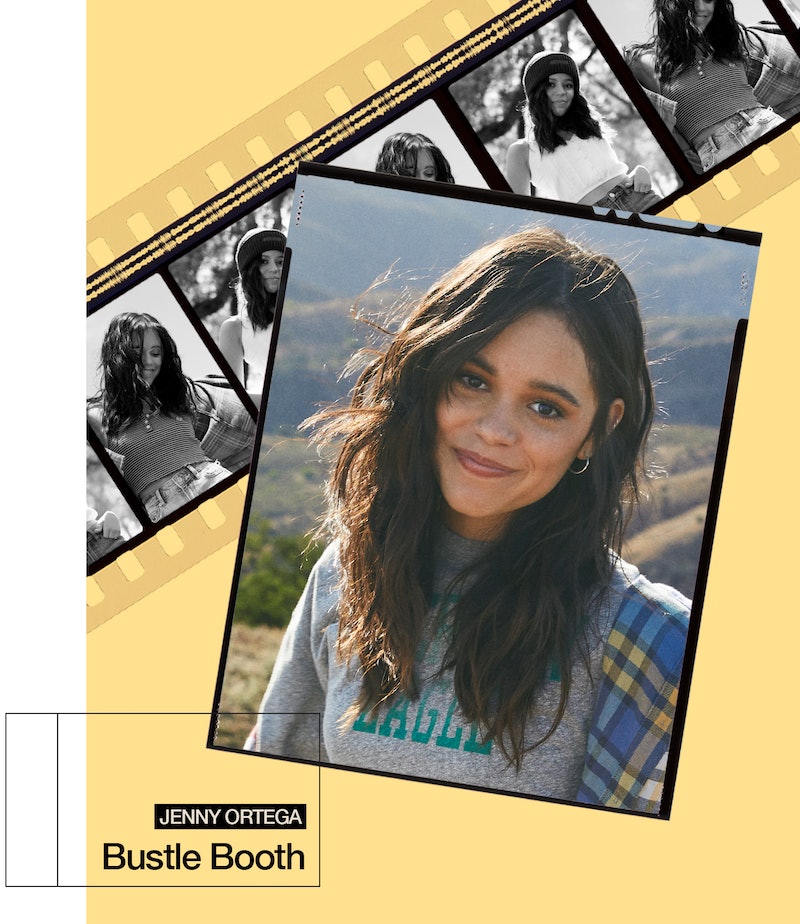 “I’ve never been more intimidated by a project,” Ortega, 18, tells Bustle. “One, I’ve never played a character who’s been [played] by someone else before. There have been two other actresses who played the role. And I kid you not: I don’t know how they could get any better.”

But Ortega has a plan for making the role her own. “It’s about acknowledging the greatness that has happened before me and paying homage to it, while also putting a different spin,” she says. “But then also realizing it’s such a beloved franchise that holds a special place in many people’s hearts. She’s an iconic character, so there’s definitely a lot of pressure.”

Although Ortega’s personal style is more playful than Wednesday’s all-black look — the actress loves anything with ruffles or quirky socks — they do share some similarities. “All throughout my life, people have told me I gave off a Wednesday vibe, at least in terms of sarcasm,” she says. “I need to watch my sarcasm sometimes because I think people think I’m too serious.”

With fall just around the corner, Ortega is looking forward to all the fashion that comes with the season. She recently starred in American Eagle’s new campaign,“Future Together. Jeans Are Forever,” which centers around optimism and self-expression and how those themes show up in one’s wardrobe.

“Speaking from a teenager’s perspective, at the end of the day, going somewhere like school, it should be comfortable, we should be excited to learn,” Ortega says. “You shouldn’t be stressing about your appearance so much. Just wear clothes you’re comfortable in — something that makes you happy.”

So, whose sense of style makes Ortega feel happy and inspired? “My style icon is Steve Jobs,” she says. “Anytime I wear a black turtleneck, I feel pretty good. He had it figured out. He had a look. If I get older and you see me wearing the same outfit over and over again, you know why. It’s all because of Steve. He proved it was possible.”

Get to know Ortega — from her go-to karaoke song to the TV show she can’t get enough of — in the Bustle Booth Q&A below.

I usually get black coffee. I don’t like anything in it. I do it iced sometimes — depends on the weather. I love the bitter taste.

Something I use a lot is, “I drink your milkshake” from There Will Be Blood, the Paul Thomas Anderson film.

I was a big Rugrats person.

I have a deep obsession with New Girl, because I love all the characters on that show. If people haven’t seen it, they should because it’s just brilliant — Nick Miller, are you kidding me? I love Schmidt and Winston. I don’t know why it took me so long to get to it, but I’m obsessed.

I don’t think I have one — there are a lot of people I respect or appreciate. I have so much respect for Viola Davis and Riz Ahmed. Those two are really good people to look up to. Also very talented.

I recently watched one season of Survivor. That’s the most reality TV I’ve watched. I’ll say Survivor because sometimes I look at those challenges and I think, “Mhm. I can do that.”

I’ve never done karaoke. I don’t have a go-to song. I mean, I should. If I did karaoke, I should do something outrageous though, like Celine Dion. Or My Chemical Romance, Fall Out Boy.

Anytime I hear a story about a woman. I, for one, have a super incredible, powerful, amazing mother. She raised six kids, had her first kid at 18, works a full-time job, and still managed to somehow get my career up and going when she knew that was a passion of mine. She didn’t have an easy life growing up and still succeeded and is in a really good place. I have so much admiration for any mother — any woman in general — who is determined and paves the way for themselves.

I would want people to meet me and say that I am nice. I really try to make that a priority ... it’s what I strive for. So I hope that it comes across.