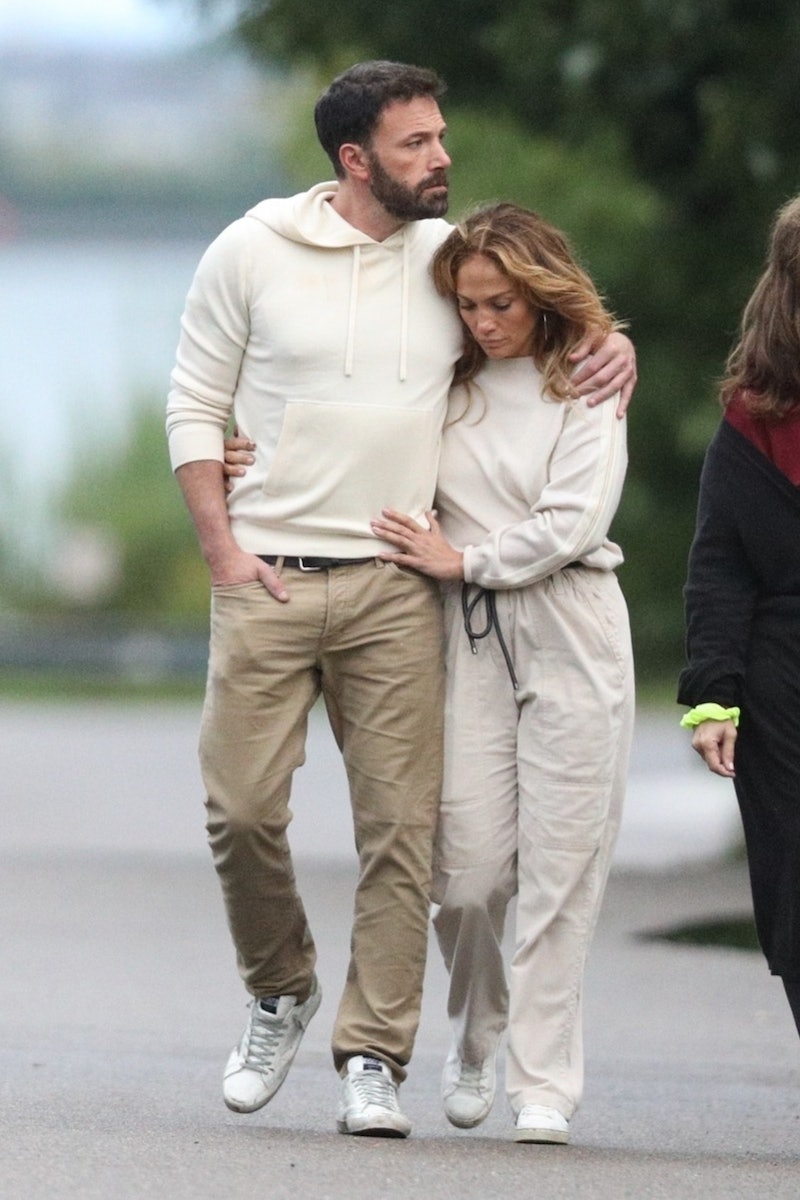 It’s been less than two days since Jennifer Lopez dropped the birthday ‘gram seen around the world. Not only did the star ring in her 52nd birthday in style on a yacht while vacationing in St. Tropez — we’re talking a barely-there red bikini and a colorful, floor-sweeping patterned coverup — she also appeared to make her relationship with ex-fiancé Ben Affleck Instagram official. The are-they-or-aren’t-they couple snapped a photo mid-smooch that has been shared approximately a million times within the last 48 hours.

Now it seems J.Lo is sending yet another not-so-subtle message about her on-again situationship with Affleck. On Monday, she was spotted walking with a friend in Monaco donning an ultra chic vacay look: a Reformation white spaghetti strap mini dress, a straw sunhat, and a floral face mask. She topped off the summery ensemble with two gold necklaces, one of which just so happened to spell out “BEN” in chunky block letters.

The necklace is just the most recent example of Lopez sending signs that Bennifer 2.0 is, in fact, a real thing. In addition to their lip-locked snapshot, the two were also photographed by paparazzi while relaxing on a yacht — and Affleck’s hand was casually resting on Lopez’s butt while she was catching some rays.

It was a nostalgia-fueled moment that was almost a frame-by-frame recreation of the infamous 2002 “Jenny from the Block” music video, which was released at the height of Bennifer 1.0’s notoriety.

While some fans may not still be convinced that Jen and Ben have truly reunited, if we’re just going by the surface-level signs, well, it’s hard to argue that these two aren’t completely smitten with one another.