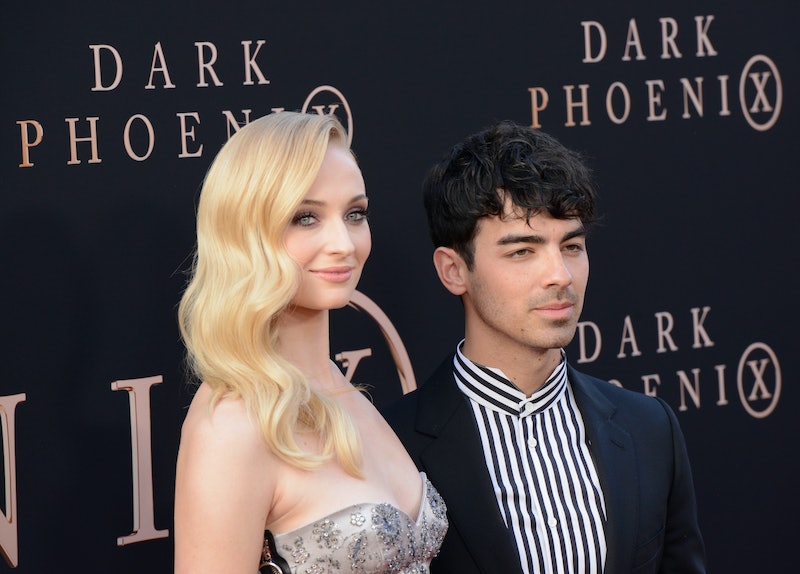 Move over, tiny tats — a new type of ink is emerging as the next big celebrity trend, thanks in part to Joe Jonas' new neck tattoo.

In an Instagram post, the singer's tattoo artist, NAL, debuted the star's new piece which sits on the back of his neck just below his hairline. The black-and-white keyhole design features a woman's face peering out and appears to be inspired by Italian artist Piero Fornasetti, who painted his muse, opera singer Lina Cavalieri, inside the same shape. It happens to be the second bit of Fornasetti-inspired ink that Jonas has gotten in recent weeks. His wife, Sophie Turner, recently revealed three portrait tattoos that take a page from Fornasetti's depictions of Cavalieri.

With the new tattoo, though, commenters on NAL's post think the face isn't Cavalieri's, but Turner's. Neither NAL nor Jonas has explicitly stated that the woman inside the keyhole is Jonas' wife, although it certainly looks like her.

Jonas is the latest in a string of celebrities who recently got neck tattoos. Back in September, Justin Bieber added a hyperrealistic rose stretching from his collarbone up to his jawline, and just a few days before Bieber's ink reveal, Demi Lovato showcased a large, new butterfly piece on her neck.

More like this
Selena Gomez Posted A No-Makeup Selfie & We Stan A Relatable Queen
By Olivia Rose Rushing
John Legend's Loved01 Skin Care Line Is All About Accessibility
By Carolyn Steber
'Love Island's Will Got A Farm Animal Manicure & It's *Adorable*
By Sam Ramsden
Nails With Your Partner's Initials Are The Cutest Valentine's Day Mani
By Olivia Rose Rushing
Get Even More From Bustle — Sign Up For The Newsletter
From hair trends to relationship advice, our daily newsletter has everything you need to sound like a person who’s on TikTok, even if you aren’t.