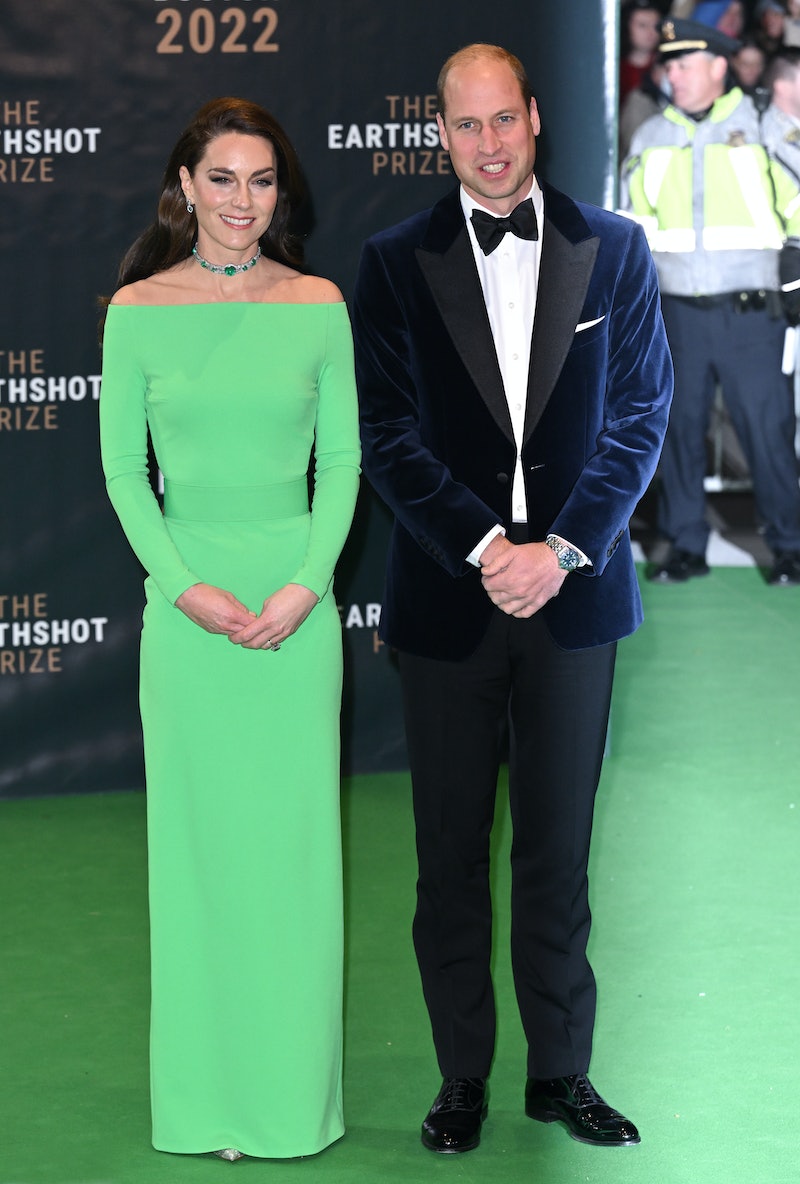 Making the most of their overseas tour, Prince William and Kate Middleton had a busy schedule, doing the royal rounds in Boston ahead of the 2022 Earthshot Prize Awards. The Princess of Wales rocked up at the environmental ceremony on Dec. 2 wearing a rented striking green dress, and an emerald choker that once belonged to her late mother-in-law, Princess Diana. After praising Kate for opting for a sustainable dress, however, the internet quickly noticed it held further untapped potential: as a makeshift green screen.

Mostly used in TV and film production, green screens allow a way of making certain parts of a camera shot appear transparent. After shooting scenes against a plain green studio backdrop, editors are able to add in static images or separately filmed scenes in the background, using the plain colour as a canvas. It’s the tech that allows editors to fake footage of moving cars or place giant maps behind weather forecasters, for instance. But for the same reason, it’s also a gift handed straight on a plate for anybody wanting to turn Kate’s dress into a walking meme. As one tweeter observed: “This outfit choice simply highlights that her stylist doesn’t understand the internet.”

In response, Kate’s dress was turned into all manner of different things: from a slice of pizza and a plate of avocados to the much-memed phenomenon “The Dress” (a viral episode in 2015 that saw the entire internet arguing about the colour of a lace dress). One user even superimposed the artwork for Prince Harry and Meghan Markle’s Netflix documentary onto the emerald frock.

In fairness, Kate is hardly the first celeb to make the mistake of wearing a ready-made meme machine to an event. When Donald Trump’s wife Melania Trump wore a green dress to the Republican National Convention back in 2020, she met a very similar fate, and even the late Queen Elizabeth II turned up to her 90th birthday celebrations wearing the same hue. Incidentally, she was also turned into a pizza.

As you can imagine, the internet had a field day with the latest royal green screen blunder. Below, see some of the best reactions.