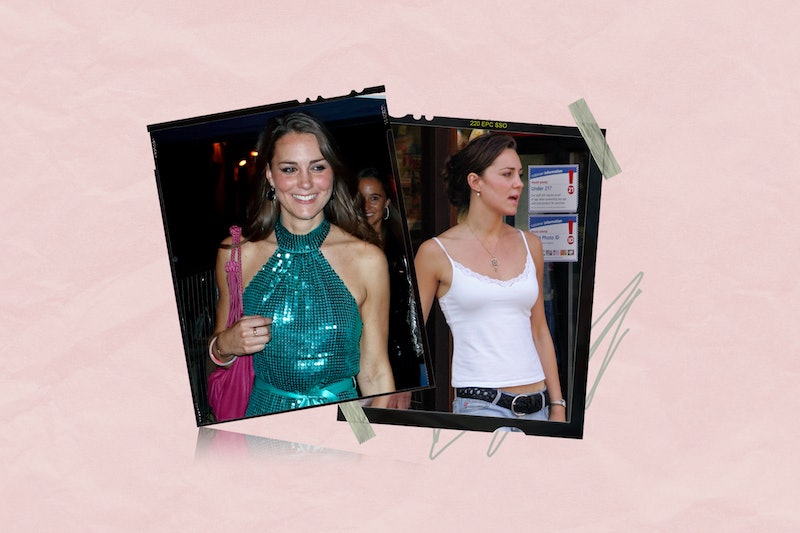 The Princess of Wales’ now-regal sense of style has gone through a major transition over the years, but niche groups of younger fans are now taking Kate Middleton’s earlier wardrobe as fashion inspiration. There are endless videos on TikTok under the #KateMiddleton hashtag showcasing her outfits “before she became a princess,” when she was giving peak Sloane Ranger. Online clothing retailer Remass has since taken this Kate fangirling one step further by curating a garment drop themed after the royal’s style in the 2000s. In a series of TikToks which now ranks among the user’s most viewed, a Gen Z girl is shown recreating Kate’s old outfits with vintage clothing.

Each clip starts with a photo montage of Kate back in the day, followed by the TikTok-er’s own interpretations. Some of these outfits include a white shirt under a grey knit with a khaki skirt and knee-high boots, as well as the hot ‘00s girl uniform of strappy white tank top paired with light-wash low-rise jeans and a thick belt.

Some of the outfits were even cheekily themed to specific moments in Kate’s life. “A walk around Cambridge University” featured a white shirt under a black waistcoat, paired with a dark chequered skirt, knee-high boots, and a black leather bag. One of the nods to Kate’s “Party girl era” was a black sequinned top teamed with a black miniskirt, a micro-bag, and black patent leather boots.

Meanwhile, the look coined “A date with a boy named William” involved a long-sleeved black mini dress with subtle ruffles at the hem and cuffs, cinched in with a black belt, and paired with — you guessed it — tall leather boots.

There is also another video dedicated to recreating the princess’ now-iconic outfit which she had worn to an ‘80s themed charity roller disco back in 2008. Kate nailed the look, wearing a turquoise sequinned top, yellow hot pants, and pink leg warmers. The latest Gen Z iteration featured a turquoise top with sequins, yellow shorts, thick pink socks, and a fuchsia shoulder bag.

It looks like the Y2K trend is going nowhere fast, so it may be time to do some more thrifting.