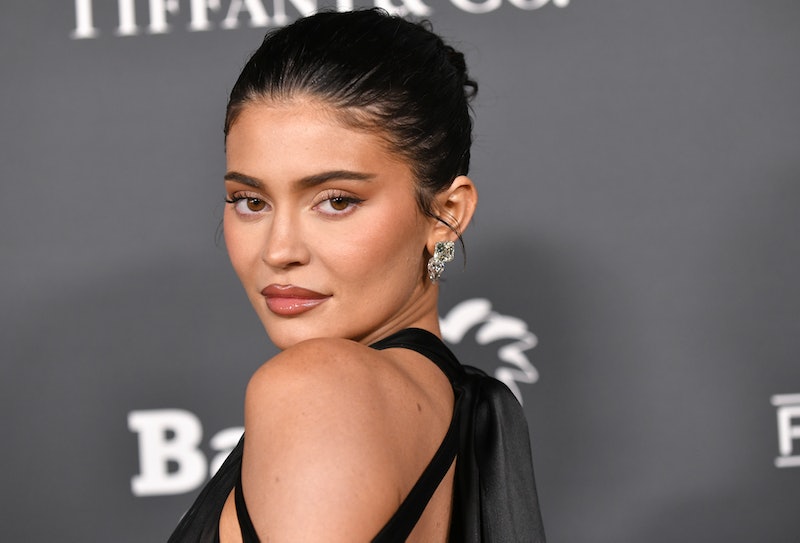 Kylie Jenner is quickly becoming Paris Fashion Week’s mane character, after debuting a brilliantly bizarre lion’s head dress by Schiaparelli before it had even hit the runway. And now, the reality TV star and business mogul headed out for dinner in another striking ensemble. Though she has previously been criticised for wearing fur in the past, her incredibly realistic faux-fur lion’s head ultimately won the approval of the animal rights charity PETA (who called it “fabulously innovative” in a statement) and it looks like Jenner is continuing her shift towards more ethical materials going forward.

Jenner’s latest Paris Fashion Week look is by Lado Bokuchava, a label based in the Georgian capital of Tbilisi. Known for using recycled and vegan materials for their bright, structured silhouettes, it’s already a firm favourite of her sister Kendall, as well as model Chrissy Teigan and rising Ohio rapper Latto. Jenner wore the look out to dinner in Paris amid a packed week of runway shows, hitting up tried-and-tested favourite César. She previously visited the Italian food spot in September 2022, posing with a “King Kylie Was Here” plate to honour the occasion.

Jenner’s striking, bondage-inspired jacket is the designer’s faux-leather Cyber Shibari blazer. The star teamed the statement item with a simple slit midi-skirt (also by Lado Bokuchava) and a pair of knee-high buckled boots. The entire outfit is a preview of the label’s new collection, which is currently up for pre-order ahead of its March release in a bid to reduce production waste.

Bondage-inspired looks have been going strong since 2022, with Richard Quinn pulling strongly from fetishwear for his Fall 2022 Ready to Wear collection and Dua Lipa digging out a 1992 vintage “Miss S&M” Versace dress for last year’s Grammys. Meanwhile, Bridgerton star Phoebe Dynevor, meanwhile, has also been flying the flag for the cut-out trend.