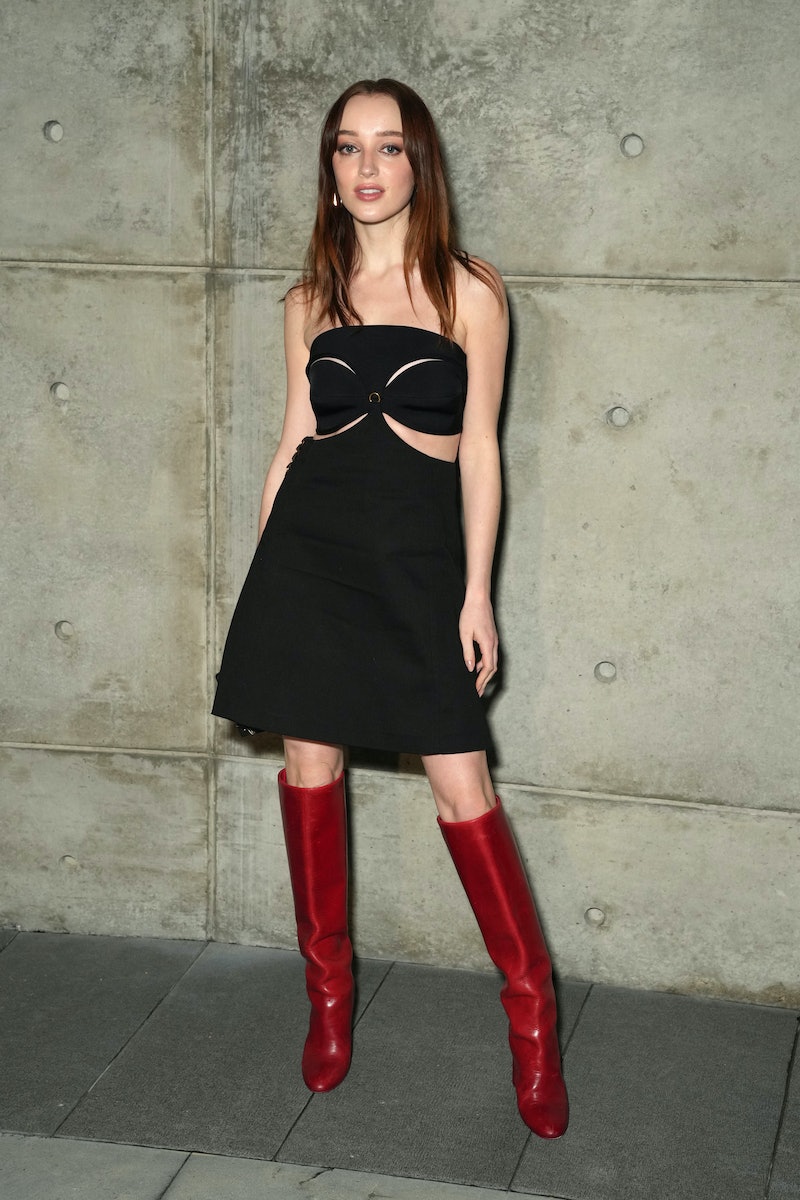 Cut-outs are having a real moment right now. Practically the Euphoria uniform, celebs have been spotted wearing various versions of cut-out styles on and off duty, too. See Bella Hadid’s dramatic cut-out trews and Hailey Bieber’s bold gown, if you will. A face you can always count on to embrace a new trend is Bridgerton’s Phoebe Dynevor, who also hopped aboard the cut-out wagon at Louis Vuitton and W Magazine's award season dinner on Jan. 6, stealing the show in a striking LBD by the fame French designer. Also attending the Beverly Hills-based soirée were the likes of Michelle Yeoh, Este, Danielle, and Alana Haim, White Lotus’s Meghann Fahy, and model Kaia Gerber.

Dynevor’s little black Louis Vuitton dress was paired with the label’s striking red leather Donna boots (yee-haw!) and styled her newly brunette locks in soft-waves. Essentially the anti-Bridgerton look, if you will, dear reader. Talking strictly about her hair, Dynevor previously spotted “Bridgerton Birkin bangs”– aka. a lob, or long bob – but debuted her subtle brunette transformation back in Dec. 2022.

The latest look is a far cry from the wardrobe favoured by Dynevor’s Bridgerton character Daphne, who is more frequently seen with strawberry-blonde tresses, and delicate, Regency-era ballgowns. Then again, the actor is no stranger to mixing things up off-screen, and Dynevor previously owned the sheer trend alongside many of her Bridgerton castmates.

A release date for the third season of the hotly anticipated Netflix drama – which will focus on Nicola Coughlan’s character, Penelope Featherington – has yet to be confirmed.