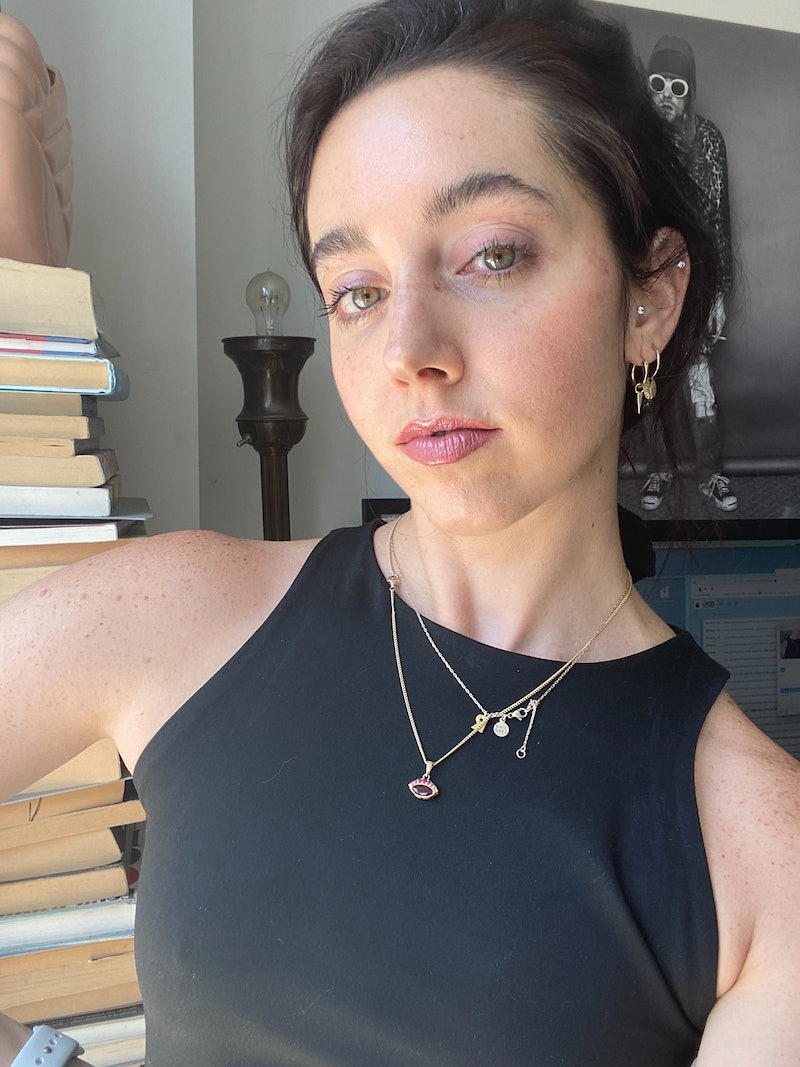 The very first time I got Botox — something I, as a beauty editor, obviously knew about but hadn’t yet experienced — I realized it’s not such a big deal. It doesn’t completely transform your face into something people no longer recognize, it’s extremely non-invasive, and it’s incredibly common. And that’s how, during a visit to my dermatologist for a re-up on my frown lines, I ventured to get an extra sprinkling of injections via a Botox lip flip.

Mind you, I’ve never been unhappy with the size of my lips — but I’ve never exactly been thrilled with them either. So when I learned that getting some Botox along your upper lip boosts its volume — ever-so-subtly — I figured... why the hell not? Four days later I couldn’t stop staring at my slightly fuller pout.

In essence, a lip flip falls somewhere between using a really good plumping gloss and getting filler. Here’s everything you need to know about the Botox treatment along with the before and after pictures of my pout.

What is a lip flip Botox treatment?

The lip flip uses the same Botox you would get in your crow’s feet, smile lines, forehead, and anywhere else the neurotoxic protein can go — so it functions in the same way: by paralyzing the muscles in the area it’s injected. But the way it’s used for this particular treatment is more aimed at enhancing size than smoothing lines.

“Injecting Botox strategically into the upper lip causes the muscles in the area to relax,” says Dr. Dendy Engelman, M.D., a board-certified dermatologist in New York City. “This creates a fuller top lip that has a similar but more natural result compared to lip filler.”

While I’ve contemplated getting filler, I’m not exactly ready to go that route just yet. So when I learned about the lip flip, I figured it’d be the perfect middle ground (I don’t use plumping glosses and I don’t over-line my pout like Kylie Jenner used to do). If you’re looking for a little boost in the size of your lips, it’s the perfect way to achieve a subtle zhuzh. Engelman notes it’s also beneficial for people that want to correct a “gummy” smile. “That’s when smiling causes the upper lip to thin so much that the upper gum is visible,” she explains. “The relaxation of the muscles in the lip stops the top lip from curling in and visibly thinning, which helps eliminate the appearance of gums when smiling.”

All it takes are four to six small injections of Botox around the corners and center of your upper lip — you can be in and out of the derm’s office in five minutes with practically zero downtime (you can go straight to work or see people right after). After Engelman finished with my treatment, I held an ice pack over the area for a few minutes, then was on my merry way — I didn’t look like I was just at a derm’s office getting cosmetic procedures.

Since it uses such a small amount of the toxin, the price is less than a typical anti-aging Botox treatment: The average cost ranges between $80 and $500 depending on where you get it done and how many injections you get.

Though it’s a quick treatment, it takes a while to see the results (which is the same with any other Botox you get). “It can take up to two weeks before the upper lip appears fuller and poutier,” says Engelman. From there, it’ll last anywhere from two to four months, but Engelman notes it’ll require maintenance if you want to sustain the effect.

Are there any risks to getting a lip flip?

First of all, if you’re afraid of needles, know that the Botox lip flip is just minimally painful — to me, it felt like teeny, tiny pinches — but is over in a flash. When Engelman injected me, it hurt less than the Botox shots in my forehead.

The only real risk of getting the treatment is if you’re allergic: “People with Botox allergies may experience adverse reactions after a lip flip,” says Engelman. “So it’s important to know if you’re allergic to the injectable before the procedure.”

Another thing to consider? If you’re not happy with the results, there’s nothing you can do. “Unlike lip fillers, which can be undone if someone is experiencing complications, a lip flip cannot be reversed,” says Engelman. It’ll have to fade naturally over time.

Lip flip vs. filler: How they compare

The main difference between the two lip procedures is that filler actually plumps the size of your pout. “A lip filler involves injecting filler into the lip to physically enlarge it,” says Engelman. “A lip flip injects Botox into the area to target the muscle in the upper lip, which only gives it the appearance of a fuller lip — the lip doesn’t actually grow in size.” Plus, filler uses a hyaluronic acid-based filler (which is typically Juvederm or Restylane) to plump the lips, while a flip uses the neurotoxic protein to relax the muscle.

If you’re looking for something more long-lasting, lip filler is the way to go. Engelman notes it can last up to 10 months, compared to the two to four-month period you’ll see the effects of a lip flip. The pricing, of course, is another differentiating factor: A Botox lip flip is “considerably less” than filler.

One thing to note: You don’t necessarily have to choose between the two. “You can have both a lip flip and lip filler simultaneously,” says Engleman. Since they each target different cosmetic issues, it can be effective to receive both, she explains. Consult your dermatologist to see the best option for what you're looking to achieve.

My life is forever changed. Getting those four tiny injections has made a major difference in how I feel about my smile. Because of an incident that happened in P.E. class when I was in elementary school (which resulted in a busted upper lip and stitches), my smile has always been uneven. I’m used to it. Still, I always do closed-mouth smiles in all pictures (and I do mean all of them) because I don’t like how my volume-challenged upper lip peels back to reveal my teeth and gums.

Over the next several days, I obsessively checked my reflection to see if there was a difference yet. Then, on day four, I woke up with an early Christmas surprise in the mirror: My lip had flipped. I took a bunch of selfies and sent them to all my BFFs, who were impressed by the results (besides my fiancé, who wouldn’t have noticed if I didn’t tell him what to look for).

For fun, I’ve been using lip liner to really accentuate the temporary poutier lips I get to enjoy for the next several months. Perhaps the best part of all, though? I don’t feel so self-conscious when I smile with teeth. And that’s something to, well... smile about.

More like this
The 12 Best November 2022 Beauty Launches, According To Our Editors
By Rachel Lapidos
A Week In The Life Of Celebrity Makeup Artist Vincent Oquendo
By Jordan Murray
BeautyBio’s GLOfacial Pore Cleansing Tool Is So Grossly Satisfying
By Erin Stovall
This Week’s New Makeup Releases & More Beauty Headlines
By Audrey Noble
Get Even More From Bustle — Sign Up For The Newsletter