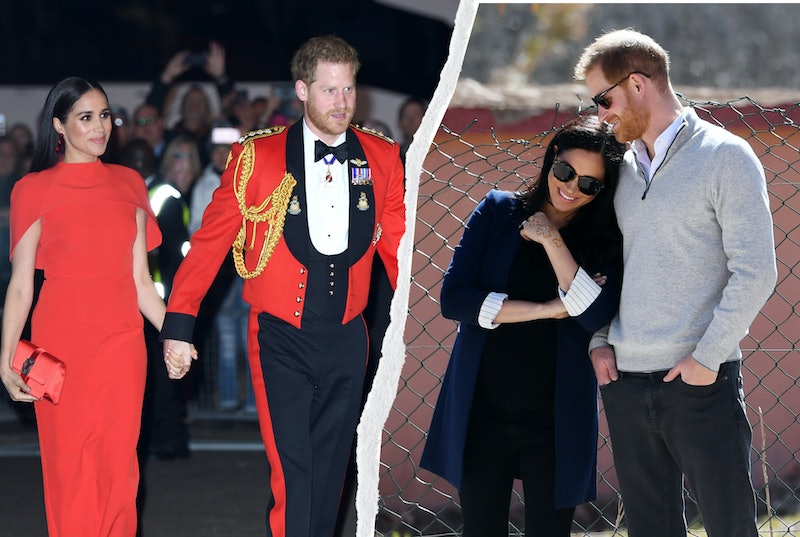 Though Prince Harry and his wife Meghan Markle had a fairly short-lived time in the public eye as a Royal couple, they truly hit it out of the park when it came to their looks. All eyes were — and continue to be — on them, each and every time they step out, and with their coordinating and sometimes matching ensembles, it’s easy to see why. Markle emulated the sentiment of the late Princess Diana, pushing boundaries and striving to make the Royal dress code a bit more current and youthful, all while championing young British and American designers in the process.

From their debut in 2017 until today, the pair dress to complement one another, whether traveling official journeys overseas, attending casual sporting events, or making appearances at formal ceremonies. With each outing, the world is granted a view into a wide range of their best personal style moments, from skinny jeans to flowing maxi dresses, tailored suiting to casual leggings.

Though the pair doesn’t often spring for much color, some of their most memorable outfits, undoubtably, feature the brightest hues. At the same time, Meghan has also established quite the classic uniform in a white button-down, jeans, and a navy blazer — worn in many iterations over the years. And Harry always matches her sartorial vibe with a polo shirt and fitted jeans of his own.

Ahead, find the couples best looks so far.