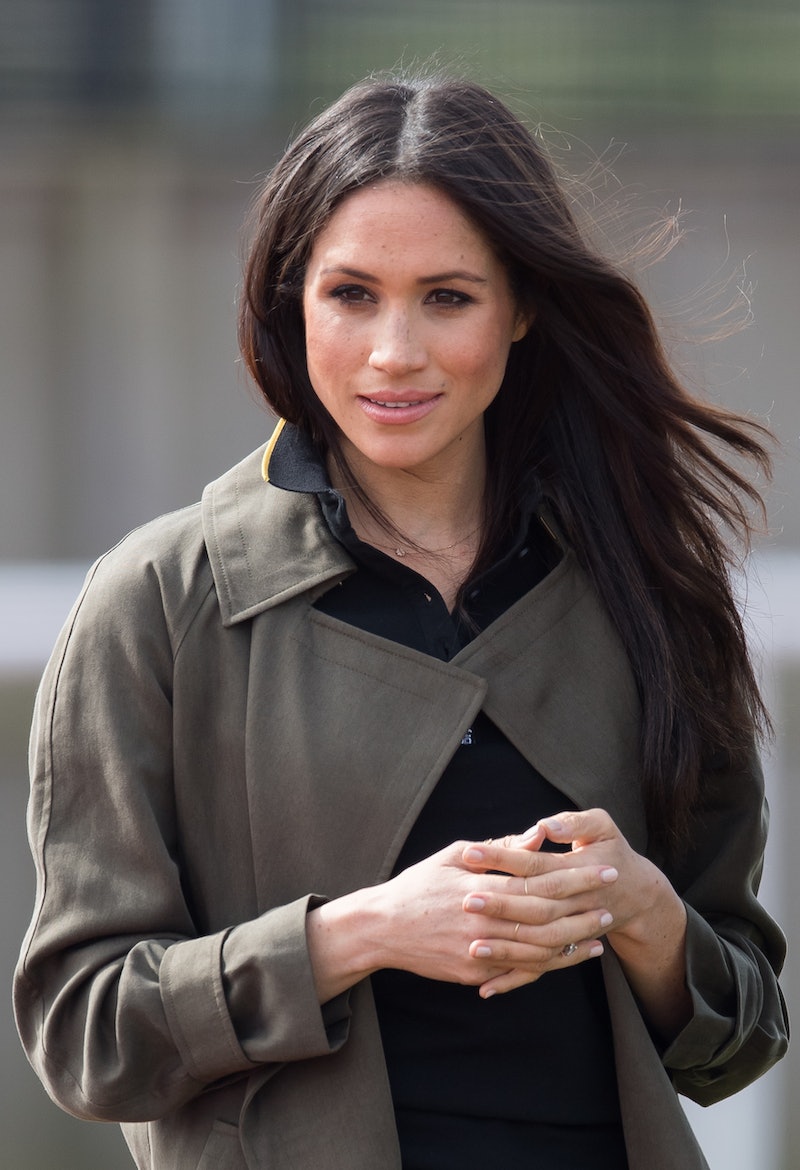 The latest celebrity to publicly stand in solidarity with the women of Iran is Meghan Markle. The Duchess paid tribute to those protesting the death of 22-year-old Mahsa (Jina) Amini. Choosing to send a strong message with her choice of attire, Markle attended a Women@Spotify event in Los Angeles wearing a black T-shirt with the words “Women, Life, Freedom” written in Farsi.

This phrase holds immense political significance as activists in Iran are chanting the slogan while they remove (and sometimes burn) their hijabs in protest of the state-enforced restrictions. The Duchess’ outfit is highlighted in an Instagram post where Markle is pictured alongside Mandana Dayani and Ashley Momtaheni, the president and executive vice president of global communication at Archewell.

Shared by Dayani, who is of Iranian heritage, the caption for the picture said: “I am so grateful to work with incredible women like Meghan and my fellow Iranian colleague and friend, Ashley Momtaheni, as we continue to highlight the bravery and courage of the women and young girls on the frontlines of one of the most important feminist movements of our lives.”

Dayani also mentioned that Markle gave a speech at the event about the “revolution being led by women and young girls in Iran, the courage and bravery they show every day, and their leadership and advocacy of basic human rights.”

Markle’s powerful black tee is from Etsy seller K&R World Design and costs $28 (£25). Additionally, on her Spotify podcast Archetypes, the 41-year-old often discusses the stereotypes that women are pigeonholed into, hoping to encourage dialogue and awareness.

Since Amini died after spending time in the morality police’s custody after allegedly breaking hijab laws, protests have erupted across Iran. Many women are shedding their hijabs despite it still being a punishable offence. Markle isn’t the only well-known name to display support for the women of Iran, the efforts have received global backing from celebrities including Angelina Jolie, Kim Kardashian, and Bella Hadid.