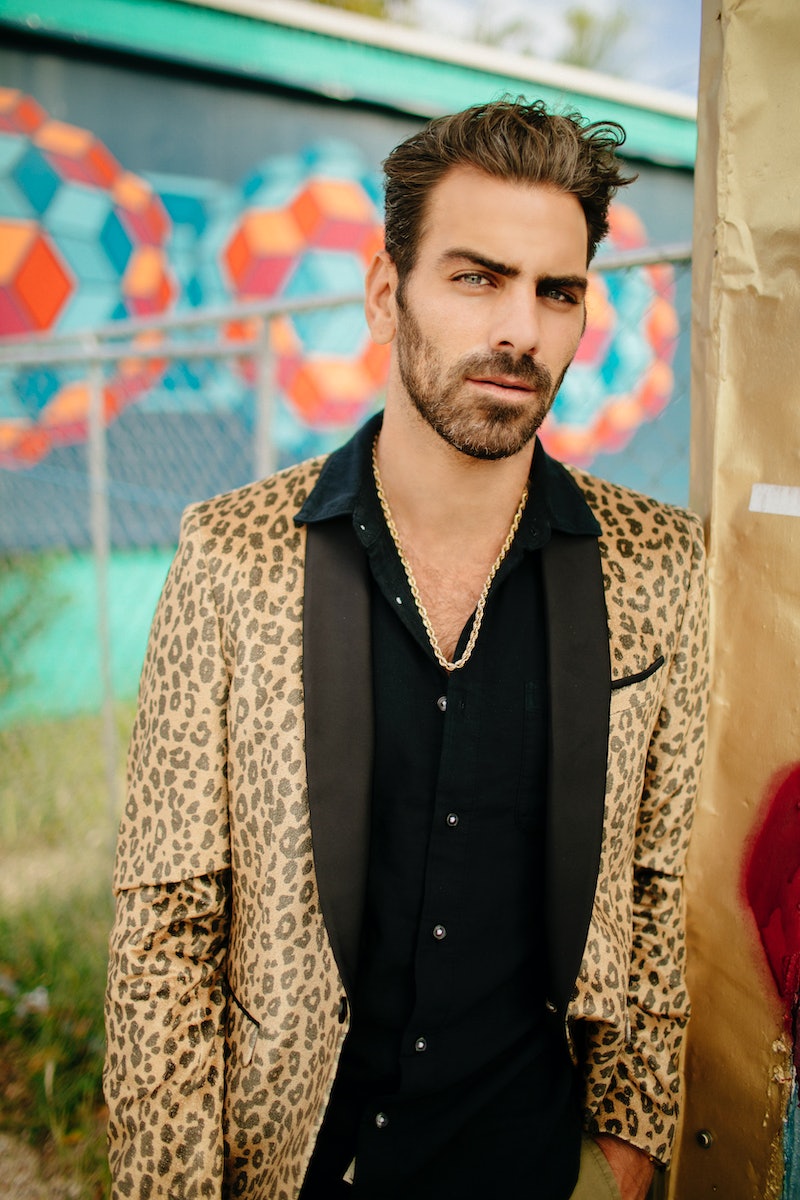 While fashion is slowly progressing to be inclusive of race and size, the disability community is still lacking representation. "The industry is not universally accessible to people with any sort of additional accessibility needs," says Nyle DiMarco, the first deaf winner of America’s Top Model and executive producer of Netflix's Deaf U.

Since winning Top Model in 2015, Dimarco's been using his platform to enact change. “I started to realize that I could [have] an impact, and could also create a reframing of the deaf community for a hearing audience," DiMarco tells Bustle. “I’m happy to represent the deaf community, but I’m not representative of the diversity we have within the community.”

So, DiMarco decided to step into a new role: TV executive. His new Netflix reality show, Deaf U, is a streaming hit, with audiences captivated by the lives — and collegiate drama — of a group of deaf students at Gallaudet University in Washington, D.C. DiMarco himself is a Gallaudet alumnus, which makes the show that much more personal.

“I always felt when I was a student that we needed a reality TV show,” he says. “I would meet hearing people who were so curious to learn more, to see our campus and party with us, to go on spring break together. Hearing people were so excited to be pulled into our world.”

Considering the reach of the show so far, DiMarco was clearly onto something. For him, the end goal was to showcase the diversity of the deaf community, which is so often erased from the mainstream.

“Deaf U is filmed at a college where the spectrum of deafness really runs the gamut,” he says. “It shows the beautiful depth and breadth of our deaf world, whether that’s language fluency, cultural awareness, various backgrounds, and regional dialogues. It’s exactly what I wanted to represent — to show the deaf community as a whole.”

While DiMarco is wearing his producer hat these days, he remains available for the right opportunities in the modeling world.

“I’m always open to continuing modeling,” he shares. “But you know, I’m not getting any younger, so I would imagine that TV is probably where I’ll be. Unless I end up looking like George Clooney, in which case yeah, I might get a big campaign or two. We’ll see what happens.”

He says he’s optimistic about the future of fashion given the industry's recent progress. But he’s also not here to hand out any cookies.

“In the last one or two years, we’ve seen an incredible amount of deaf and disability representation — it’s really at the forefront of the fashion world agenda, whether it’s Aaron Philip or Chella Man,” DiMarco says. “But we still have very, very, very far to go. I always say we’ll never be satisfied. We have so much work to do within the fashion industry."

His best advice for anyone looking to break into a new space, whether in fashion, entertainment, or elsewhere? “Never take no for an answer,” he says. “It’s just as simple as that. Obviously you’re going to hear a lot of no's, but in the grand scheme of things, when you’ve got a vision, you’ve just got to keep going. Those doors will open. Somewhere there’s a door waiting for you.”

More like this
Every Single Thing In Maya Jama’s 'Love Island' Wardrobe
By Darshita Goyal
'Love Island's Will Got A Farm Animal Manicure & It's *Adorable*
By Sam Ramsden
Hailey Bieber Looks Just Like Princess Diana & I Need To Copy Her ASAP
By Sophie McEvoy
30 Of Kendall Jenner’s Best Runway Looks To Date
By Dominique Norman
Get Even More From Bustle — Sign Up For The Newsletter
From hair trends to relationship advice, our daily newsletter has everything you need to sound like a person who’s on TikTok, even if you aren’t.