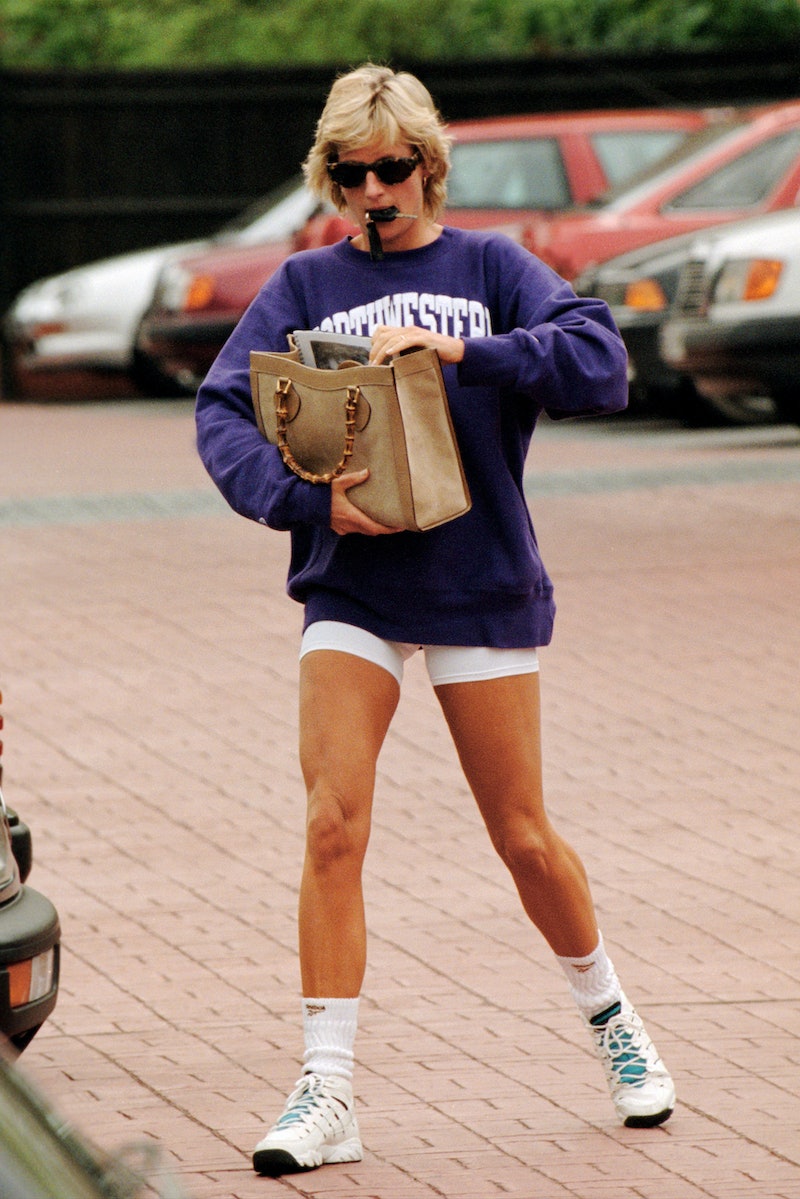 Nearly 25 years after her death, Princess Diana’s influence is still strong. The most recent series of The Crown put the late royal’s relationship with Prince Charles firmly back in the spotlight. Meanwhile, her legacy of charitable work was recognised with a statue unveiled by Princes Harry and William on July 1, 2021 — what would have their late mother’s birthday. And the royal’s style is no exception, with her nostalgic ‘90s fashion still providing inspiration for major fashion houses and mere mortals alike. The latest to pay tribute to Diana is fashion house Gucci with a reimagining of Diana’s go-to bags.

The bamboo-handled bag was often spotted on Diana’a arm, particularly in her later years following her break with the royal family. This was a time, as Vogue points out, that Diana felt more able to experiment with fashion and use clothing as a sign of her freedom.

Perhaps the most memorable look that featured the bag was one captured by the paparazzi as Diana rummaged around in said bag while sporting her iconic athleisure. She had just left the gym, and looked more chic than ever — without even having to try.

The reimagined version of Diana’s bag has already been worn by Sienna Miller and Jodie Turner-Smith. Designed by Alessandro Michele, it features interchangeable neon leather belts which wrap around the bamboo handles, bringing a pop of colour. They can even be embossed with letters and symbols for a more personalised feel.

It comes in three sizes and seven colour options, including classic black, tan, and white hues.

A description on the Gucci website references the bag’s history and describes it as “Reflective of its era.”. It reads: “A bamboo handle tote was first presented by the House in 1991. Speaking to the narrative of evolution and reinvention that runs through Gucci’s designs, the bag is reimagined by Alessandro Michele in three different sizes with removable, neon leather belts —a nod to the functional bands that once came with the original bag to maintain the shape of the handles.”

It perhaps goes without saying however that this is a rather costly bag; prices for the Gucci Diana range start at £2080 for the mini one, so it’s a serious investment.